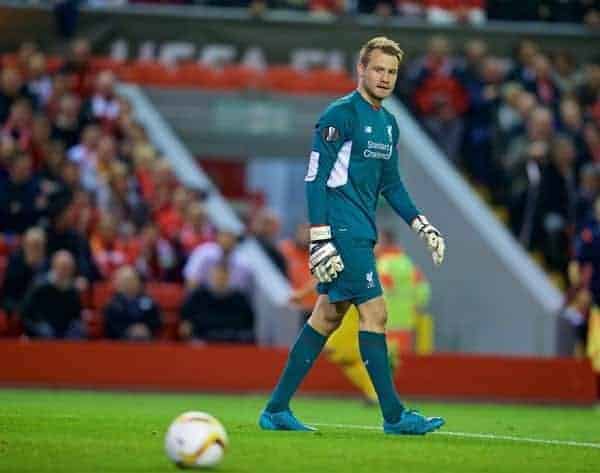 Simon Mignolet has admitted his frustration at Liverpool’s struggle to score a second goal in matches and put games beyond their opponents after Thursday’s 1-1 draw with FC Sion in the Europa League.

Despite a number of chances, Liverpool lacked conviction in front of goal and have now only scored a second goal in one game this season — at home to Aston Villa last Saturday.

“When you play at home in the Europa League you want to win the game and I think we started really well, getting in front,” he told the club’s official website.

“But unfortunately we [conceded] on the counterattack. With our threat, we created a lot of chances, unfortunately we didn’t manage to score the second goal that would’ve given us the victory we wanted.

“We have to be killers, kill the game off. If you score a second time then they go down and it’s very difficult to come back from that.

“But we learn from that and take it into the next few games.”

Liverpool now turn their attentions to a pressurised Merseyside derby visit to Everton on Sunday.

“We can bounce back immediately, we’ve got a great game to look forward to,” he added.

“Everyone knows it’s a Merseyside derby on Sunday so we’ll recover well after this game and make sure we’re ready for kick-off time.

“If we can get a good result and the three points we’ll be back where we want to be, so everybody will be focused.”

Everton vs Liverpool gets underway at 1.30pm on Sunday, 4th October. Keep an eye on This Is Anfield for build-up and live coverage of a crucial Merseyside derby.

What are Liverpool doing wrong in front of goal and how can it be fixed? Let us know your thoughts in the comments section below.