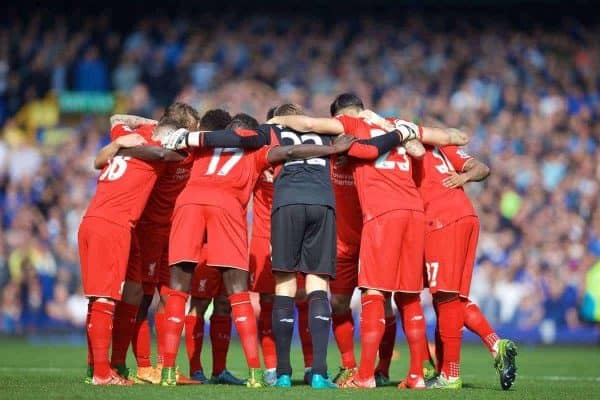 Some words of advice for the next Liverpool boss, via former Juventus manager Antonio Conte after his appointment to the Italian giants in 2011.

“Lads, we’ve finished seventh each of the last two seasons. Crazy stuff: absolutely appalling. I’ve not come here for that. It’s time we stopped being crap.”

Those were the words of Antonio Conte after being appointed as Juventus manager in 2011, as told by Andrea Pirlo in ‘I think therefore I play‘.

“Every single person here has performed badly over the last few seasons. We need to do whatever it takes to pull ourselves up and start being Juve again. Turning around this ship is not a polite request; it’s an order, a moral obligation. You guys need to do one thing and it’s pretty simple: follow me.”

While the situations at Juve and Liverpool might be a little different, the words of Conte certainly ring true at Anfield, and whoever replaces Brendan Rodgers should take a leaf out of Conte’s book and deliver a similar message.

Because let’s be honest, 2013/14 aside, for a club of our aspirations and stature, we’ve been crap for quite a while now.

We are, as Jamie Carragher rightly said on Sunday, in danger of becoming Tottenham.

Reportedly, Liverpool’s players were shocked at Rodgers’ sacking – at least that’s what they’ll say. But if they were indeed shocked, it’s high time they realised what is expected from playing at Liverpool Football Club – drawing with Carlisle United, Norwich City and FC Sion is not meeting expectations.

One win in the last nine games in all competitions, weakly surrendering at Old Trafford, being humiliated by Stoke City and West Ham, failing to show up on Steven Gerrard’s final Anfield appearance, producing that in an FA Cup semi-final. Not good enough.

If a player is surprised at Rodgers getting the boot, they need to take a long hard look at themselves and how they’ve performed in recent months.

How could anyone be surprised at Rodgers’ sacking? The only person who might be shocked is Roy Hodgson, who did enough to lower expectations at Anfield that he probably thinks 10th place is fine. It’s not.

Rodgers claimed in his final press conference that nobody at the football club had ever told or asked him to deliver a top four finish. That seems highly unlikely given the way Tom Werner said “A Champions League spot is always the target” just two months ago.

Rodgers shouldn’t need to be told of a top four target, it should be a minimum achievement for a Liverpool manager.

It wasn’t so long ago that Gerard Houllier left the club having scraped a fourth place finish and with it Champions League football on the final day of the season. Nowadays he’d be handed a long-term contract for doing so, not a farewell press conference as he was in 2004.

Standards have dropped at Anfield and expectations have been lowered. It’s about time they were brought back up again, with a manager who demands success and produces players capable of delivering it.

Much has been said about how Rodgers’ squad has been shorn of big name players following certain high profile departures, but the players he’s replaced them with simply haven’t been of a big enough character to play for Liverpool FC.

With a manager who will demand success from his players and not provide them with ready made excuses by constantly talking of rebuilding or hoping for a “wee bit of luck” ahead of a Merseyside derby, Liverpool can return to being successful again.

The penny appears to have finally dropped with FSG and they’re now set to appoint a manager with proven pedigree and European know-how. They must accept their responsibility and demand more from the new manager and the squad. They also need to make changes to the hierarchy to ensure the new manager gets the support he needs.

For too long we’ve had expectations lowered, it’s high time they were raised again.