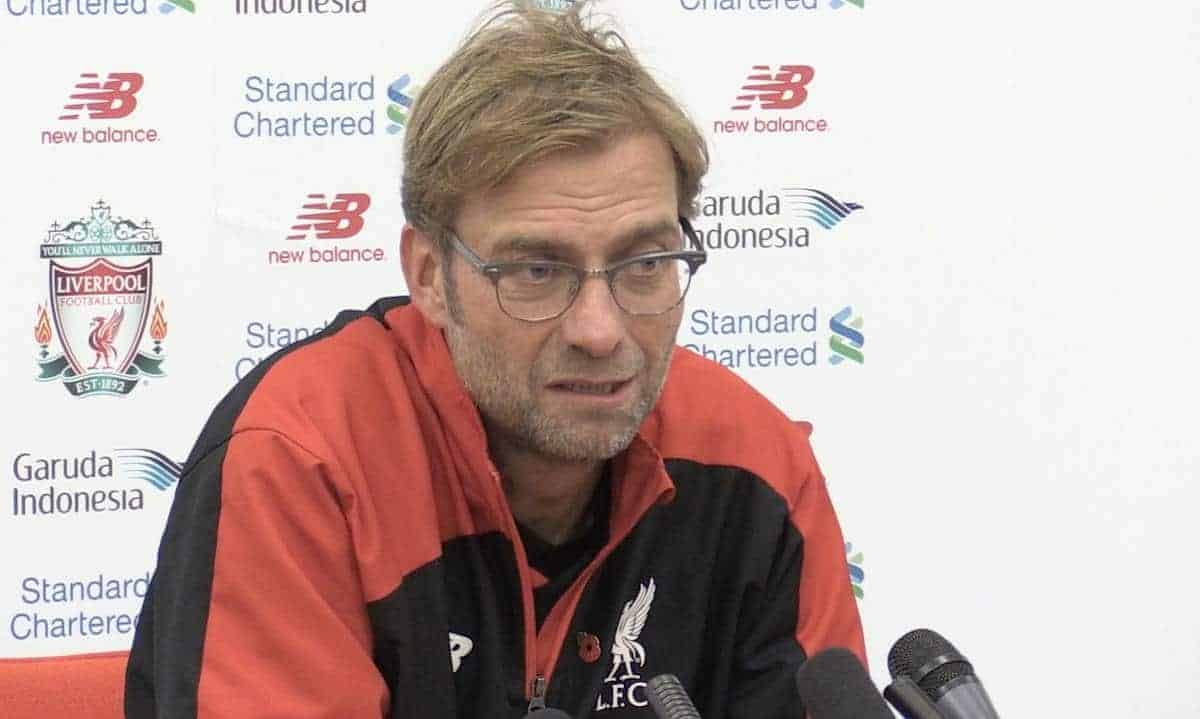 Klopp confirmed that forward Christian Benteke will be available for the game, but Daniel Sturridge won’t.

The Reds’ boss was asked about his relationship with Jose Mourinho, Chelsea‘s struggles in the Premier League this season and the prospect of recalling loaned players.