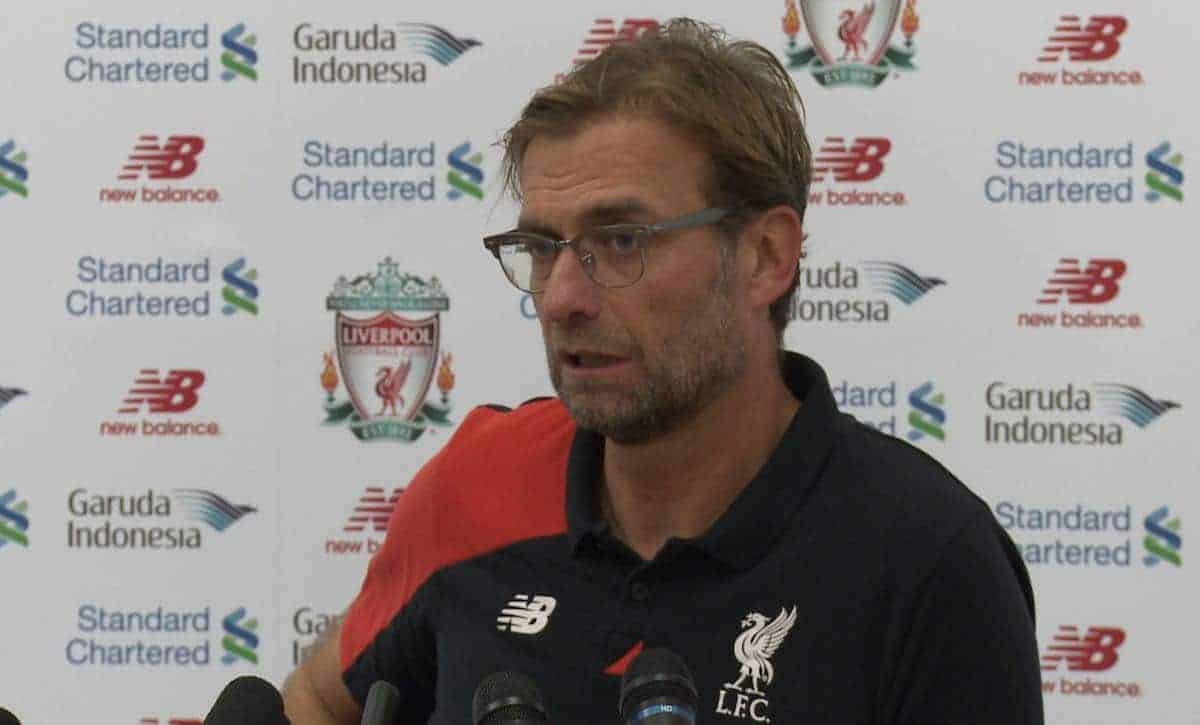 Klopp discussed a wide range of topics, including Daniel Sturridge‘s return to fitness, meeting Steven Gerrard at Melwood this week and the fitness of a host of other injured players.

The manager hinted at an earlier return to fitness for Mamadou Sakho than expected and explained that captain Jordan Henderson will return to training next week.