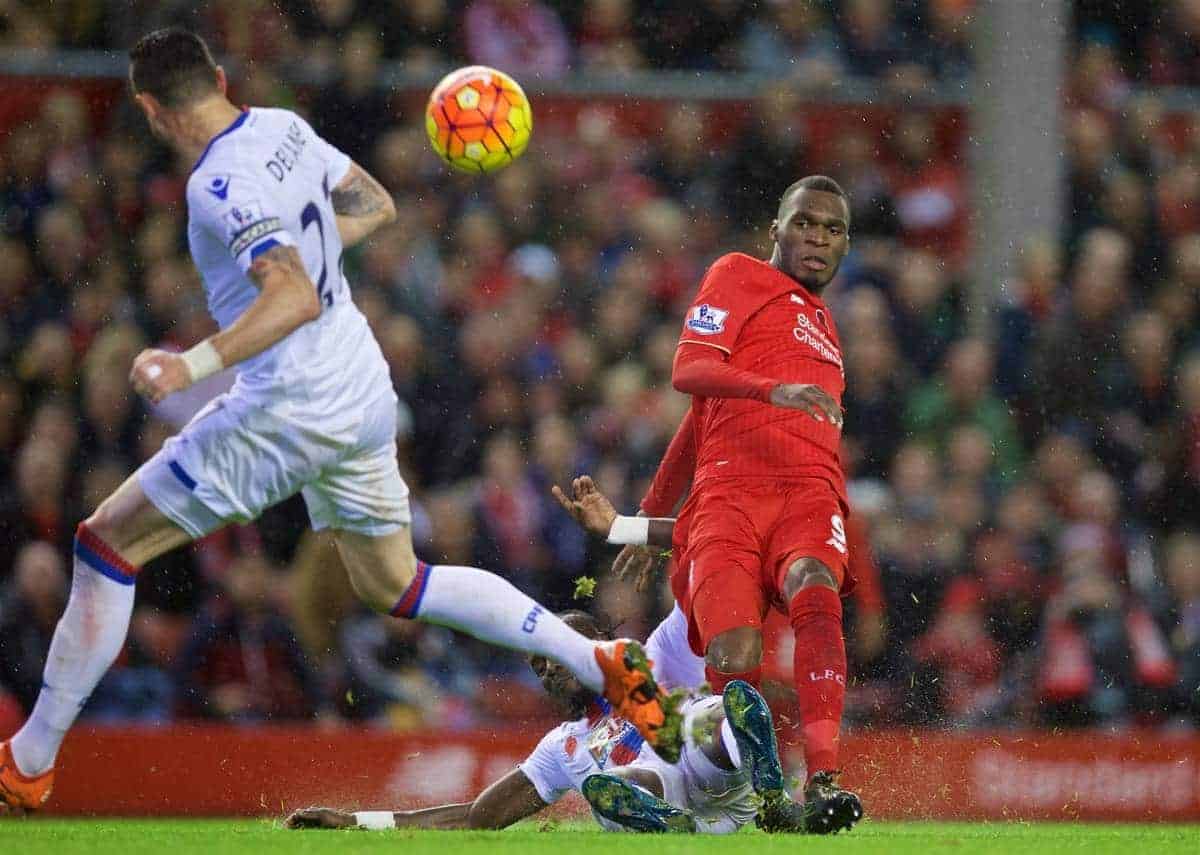 Liverpool lost 2-1 to Crystal Palace on Sunday, with Scott Dann’s late effort ensuring the Reds lost for the first time under Jurgen Klopp. Jurgen Klopp made four alterations to the side that won 1-0 away to Rubin Kazan on Thursday, as a dangerous Palace side visited Anfield.

Lucas captained Liverpool for the first time since 2010.

It was a very confident start from the visitors, with Mamadou Sakho forced into making a last-ditch tackle on the marauding Wilfried Zaha.

The Reds grew into the game, however, with Coutinho’s harmless long-range curler the first real effort of note in the match. Yohan Cabaye fired into the Kop from distance.

In the 21st minute, Palace were ahead. Zaha’s cross was not properly dealt with, and Yannick Bolasie finished emphatically. Emre Can and Alberto Moreno will not be pleased with their part in the goal.

Klopp’s men tried to respond to going a goal behind, with Wayne Hennessey making a good stop to deny Christian Benteke, and the Belgian also failed to convert from close-range soon after.

Sakho, such a key player, was forced to leave the pitch in the 40th minute, having picked up what looked to be a nasty knee injury.

Lallana missed the target shortly before half-time, but minutes later, Liverpool were level. Clyne’s low cross found Coutinho, via a slight touch from Lallana, and the Brazilian converted coolly to restore parity.

Benteke shot over after nice link-up play with Coutinho, as the Reds searched for another important victory.

It was an engaging, end-to-end contest, with both Liverpool and Palace looking dangerous whenever they got in each other’s final third.

Bakary Sako hit the side-netting, while at the other end, the dangerous Benteke headed just over the crossbar. Firmino replaced the disappointing Can midway through the second-half.

With just nine minutes left, Palace clinched victory. Scott Dann scored at the second attempt from a corner, and Alan Pardew’s side were set to heap yet more misery on Liverpool.

The Eagles held on for their fourth successive Premier League win over the Reds, and Klopp had been beaten for the first time as manager.