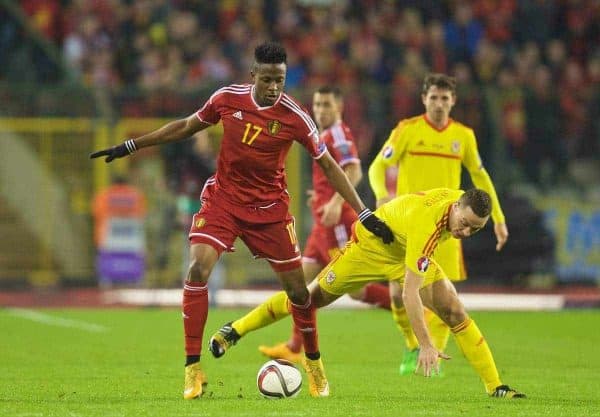 Liverpool have the sixth-most active senior internationals of any club in the Premier League, according to the CIES Football Observatory.

The CIES Football Observatory studied the percentage of squad members from each Premier League side to played for their senior national team since the beginning of 2015.

The study showed that 50 percent of the Liverpool squad made an appearance for their international sides this year.

This leaves the Reds sixth in terms of active internationals in the Premier League.

Only 39.3 percent of Merseyside rivals Everton‘s squad played for their national team this year.

However, this is largely due to a number of debilitating injury issues within the German’s ranks. Lining up at Melwood, Liverpool took on a Wolves side that included former Reading and Cardiff City striker Adam Le Fondre.

With Coutinho scoring twice and Firmino adding another, the Reds ran out 3-2 victors.

Klopp used this opportunity to oversee the development of loan stars Sheyi Ojo and Sergi Canos, who both came on as substitutes, with Ojo providing the assist for Coutinho’s second.

Klopp will be hoping to see the likes of Jordan Henderson and Daniel Sturridge in action as the international break continues, with the England duo stepping up their recovery from injury.