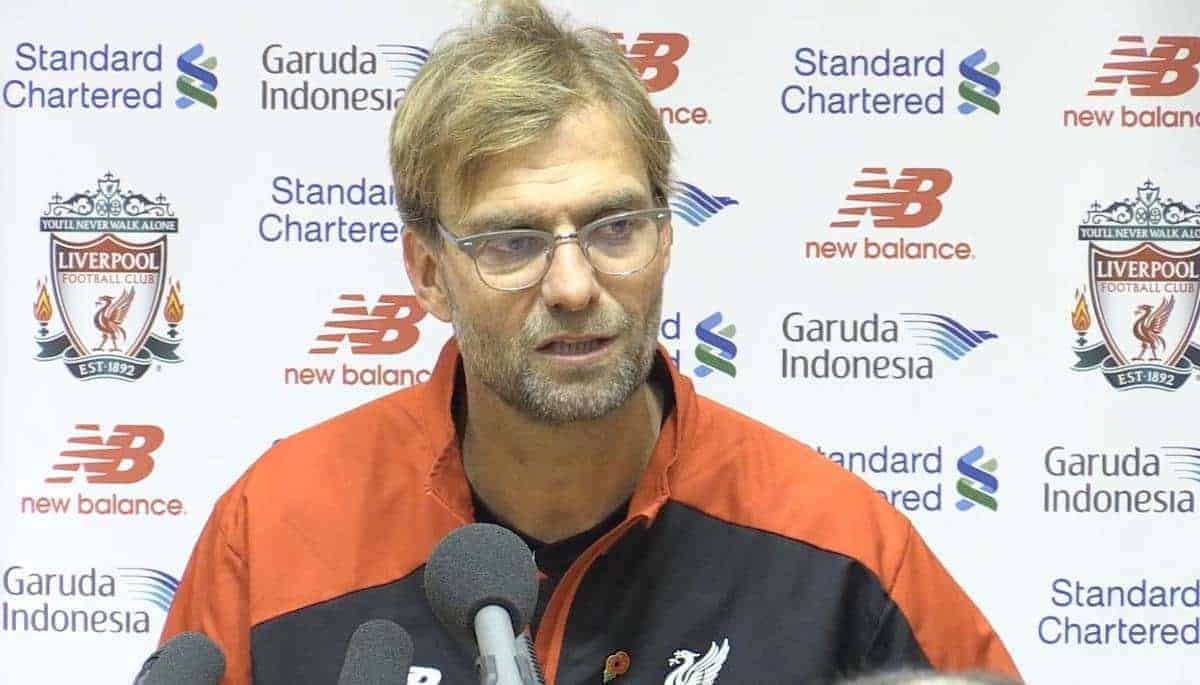 Klopp described Philippe Coutinho‘s goal as “beautiful” but said the Reds opened the door for Palace on the first goal: “We were asking for this goal”.

He later discusses his disappointment at supporters who left the stadium early after Scott Dan’s goal in the 82nd minute.