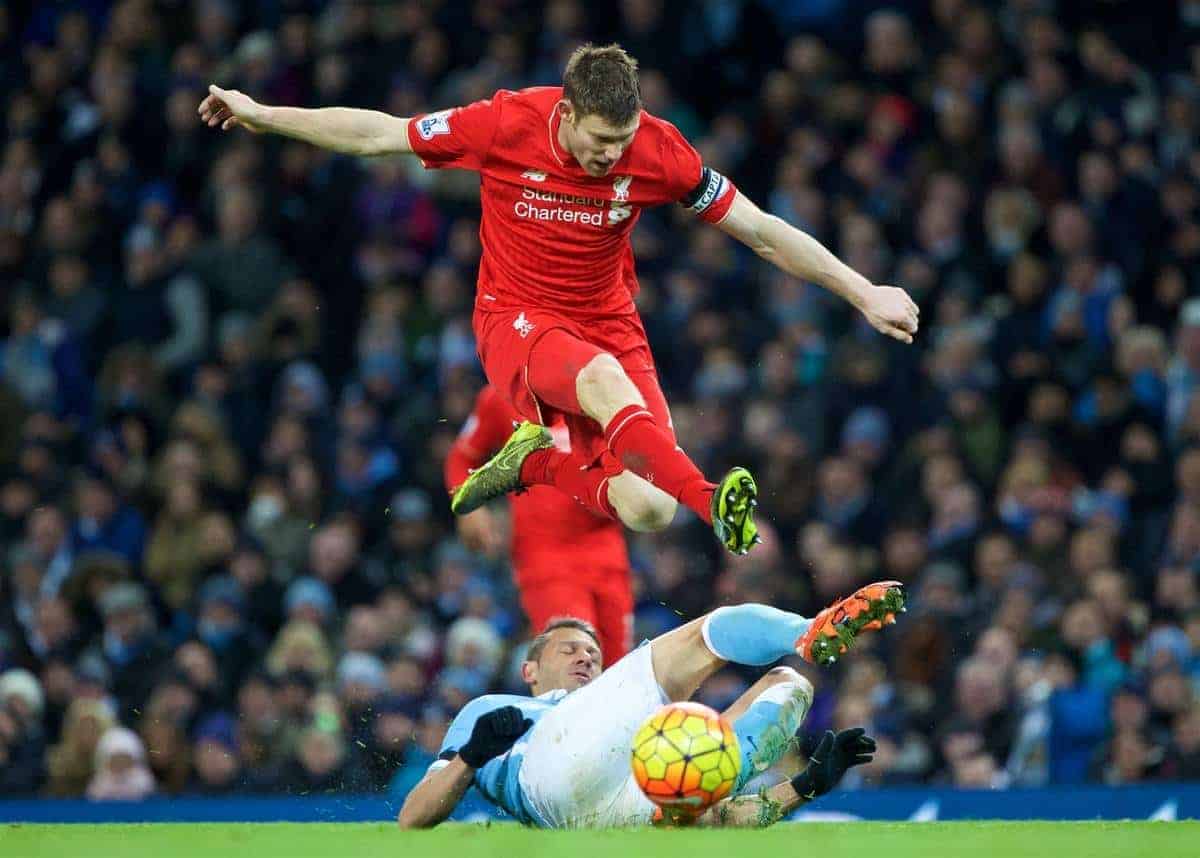 James Milner has lauded Liverpool’s outstanding performance against Man City on Saturday, and believes there is still far more to come.

The Reds destroyed the two-time Premier League champions 4-1 at the Etihad Stadium, with many hailing it as one of Liverpool’s best displays of the last 25 years.

Milner was proud of the way his side performed against his former club, but says this is just the beginning under Jurgen Klopp.

“I thought we were outstanding. We pressed them all over the field, created a few chances and I thought we could have had a few more,” he said.

“In the second half we didn’t want to keep it tight – we wanted to keep doing what we were doing and get on the front foot. We wanted to be in their faces.

“We didn’t do it as effectively in the first half, and they changed their formation a bit, but I still thought we put in a pretty good second half.

“There are always areas we can improve. If you look at the teams we have played away from home and the results we have got, it has been pretty solid, but obviously the home form we can improve.

“We know that is where we need to do better and we are more than capable of that. If we can get the home form right we won’t be too far away.”

The 29-year-old’s own performance was very promising, following a slow start to life on Merseyside, and he is well aware of the importance of the result, with a busy run of fixtures on the horizon.

“It was strange coming back to a place where I was for five years and had a lot of good times, but as soon as you step on the field it is business time.

“It is important we keep this going now and it is a great start to a period where we have a lot of games. Hopefully we can keep keep the confidence going.”

Saturday proved to be a genuinely joyous day to be a Liverpool supporter, and for Milner, the hope is that his display is the catalyst to him being a long-term success at Anfield.