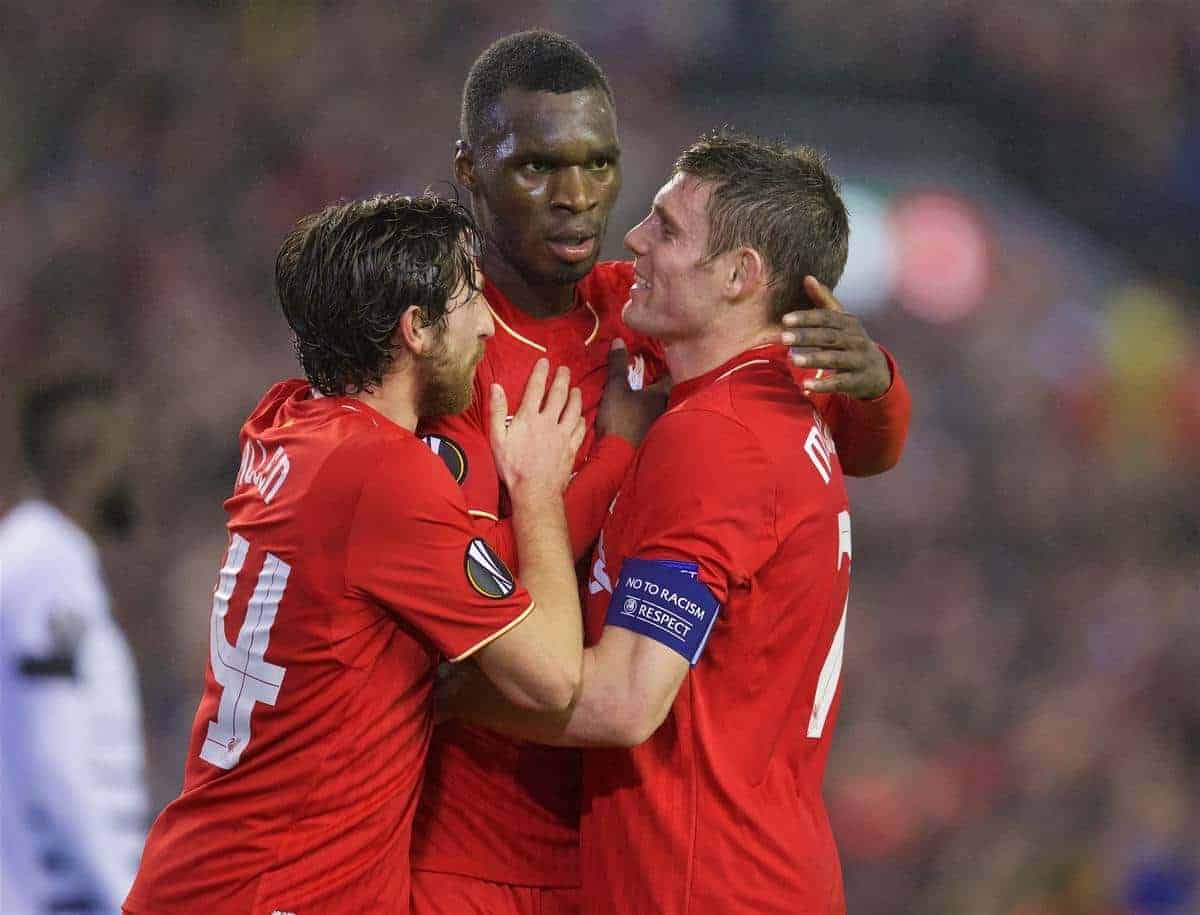 Liverpool vice-captain James Milner insists the players can handle the growing expectation which has materialised from Jurgen Klopp‘s appointment as manager.

A sixth win in seven matches with victory over Swansea at Anfield lifted the Reds to within six points of Premier League leaders Manchester City.

Now not only is the pre-season top-four target achievable – they are four adrift of Arsenal who currently occupy the final Champions League qualification spot – but Klopp is now having to field questions about their unexpected title chances.

Milner admits it is almost inevitable such talk is emerging but all the players are focusing on is building on current form to bring success.

“I think it is a talented squad of players, we have a great mix of youth and experience and obviously a new manager, the stadium is being upgraded as well so I think it is a great time to be involved at the club,” he said.

“It is exciting times for everyone, if we keep working hard, keep improving, keep doing our job then hopefully we can be successful.

“We just want to keep improving, playing as well as we can and getting the wins on the board and hopefully get into January and February and still be in all the cup competitions and give ourselves a shot in one of the cups, see where we are in the league and assess it from there.

“It was important to get the win after Thursday night (securing qualification for the last 32 of the Europa League with victory over Bordeaux) and last week as well.

“If you don’t get the win here then it sort of throws that good performance (at City) away.

“These are the sort of games you have to win as well and it is very pleasing that we showed we can do that.

“Every game is different and you have to be able to win in different games and different styles.

“It is not always going to be pretty football and pretty much how you want it to go to plan. To be able to grind out that win was really important.

“With the amount of games we have got coming up and getting into Christmas it is an important time to get some form, hopefully we can keep this form going through Christmas and keep racking the wins up and if we can do that I think we will be in a good place.”

Confidence levels were boosted further by the return from long-term injuries of captain Jordan Henderson and striker Daniel Sturridge.

They add much-needed quality to a squad ahead of a busy period which could prove to be very profitable for Liverpool prior to a big-game double-header against Arsenal and Manchester United in mid-January.

“It is massive. They are two top players and any team in the league would miss them, it is great they are back,” Milner added.

“To challenge and get where we want to be you are going to need a squad of players.

“It always a crucial period.

“The league table always looks so much different at the beginning-to-mid-January than what it does at the start of December.

“You see suspensions and injuries taking hold and teams losing and gaining form.

“It is a great time to be in form going into this Christmas period and hopefully we can keep it going.”

The Reds face a midweek trip to Southampton in the quarter-final of the Capital One Cup and Milner believes it is important to target silverware and not just focus on Champions League qualification.

“It is a great chance of a trophy. The League Cup gets some bad press at times for whatever reason, but if you ask fans they would take a League Cup this season.

“We are one game away from semi-finals and then a shot at Wembley.

“It comes around quickly but it is a great competition. I have been lucky enough to win it and hopefully I can win it again.

“It is the first competition you can win this season and no-one will be complaining if we are sat there in February or March whenever the final is with a trophy in the cabinet with plenty more games to go.

“Everyone would be delighted with that.”