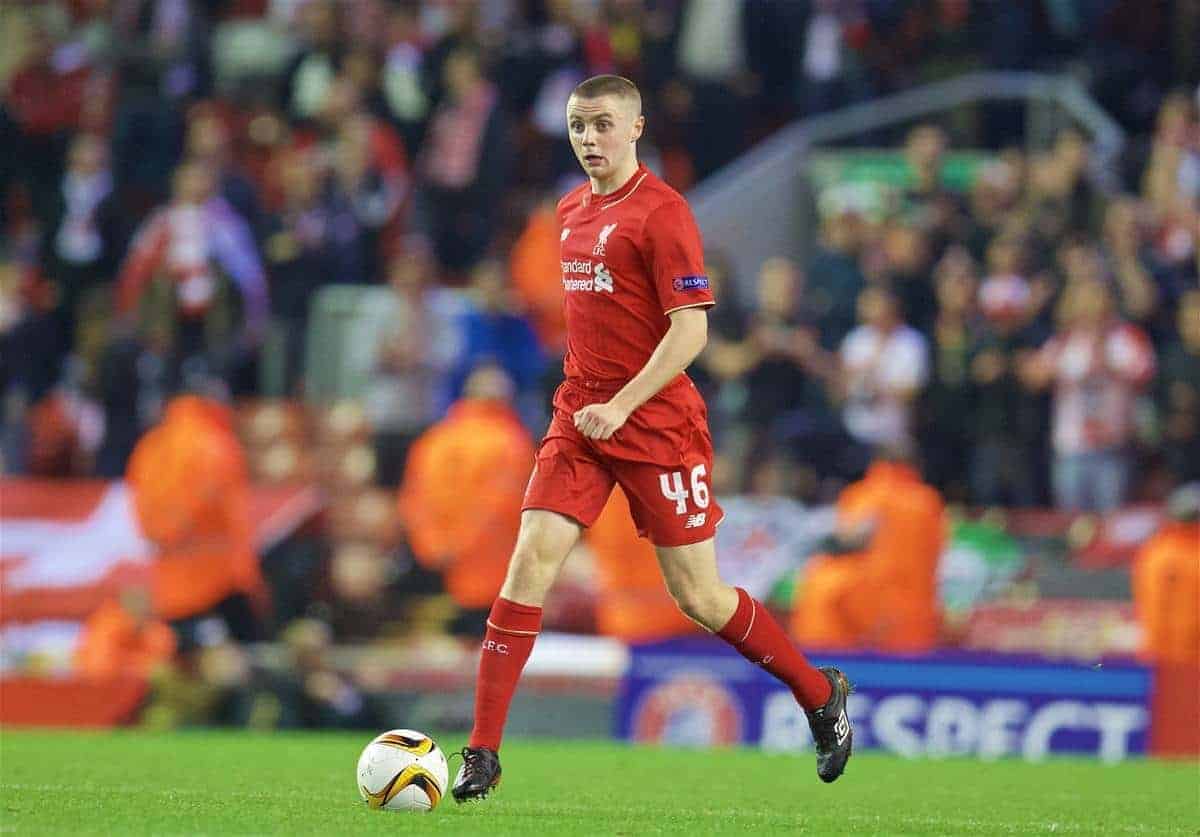 Jordan Rossiter picked up another hamstring strain in the Reds’ draw in Sion last week, ruling him out until the new year.

It’s a big blow for the 18-year-old midfielder, who was making his first appearance under Jurgen Klopp, having recovered from a previous hamstring injury sustained while away on international duty with England under-19s in October.

Rossiter will be keen to regain fitness and get his first proper appearances under Klopp, with his contract set to expire at the end of the season.

Perhaps giving Rossiter his return from a hamstring injury in the cold conditions of Sion as a substitute wasn’t the best management of the youngster.

Sturridge has been ruled out of Sunday’s game at Watford, while Mamadou Sakho will return to replace Lovren.