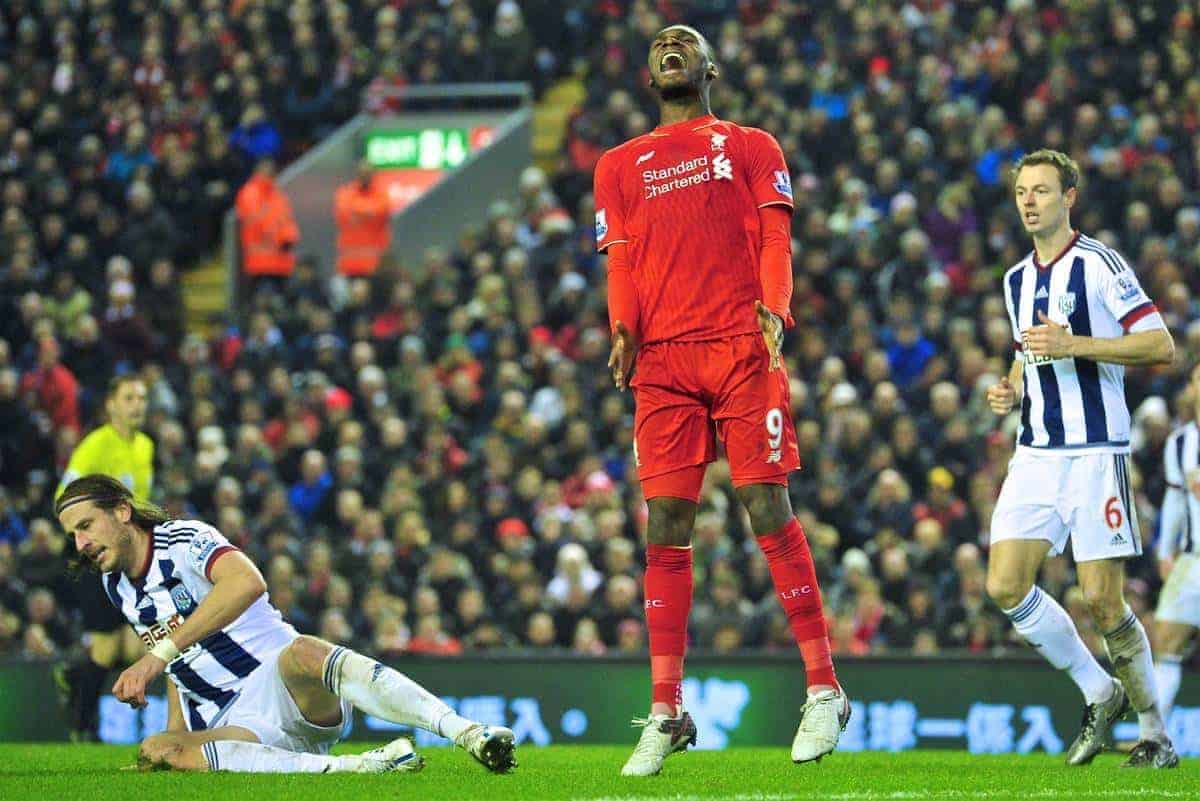 38% of Liverpool fans would prefer Divock Origi to start up front vs. Watford, as opposed to just 6% who would start Christian Benteke, according to a poll on our Twitter this week.

We asked fans which of the four options they would like to see start on Sunday:

Origi on his own was the top result, with Firmino on his own (27%) and Origi alongside Benteke (29%) polling ahead of Benteke on his own.

Benteke endured another poor performance against West Brom last week, with his suitability to Liverpool’s style continuing to be questioned.

Speaking in his pre-match press conference, Klopp said that the Belgian needs to move more.

“The situation is if as a striker you feel not confident in the game because you don’t get enough crosses, you have to move more,” said Klopp.

“There’s a difference between the way we play and the way Aston Villa played.”

Origi came off the bench to score the deflected equaliser deep into stoppage time, which gives him four goals for the campaign after his hat-trick at Southampton – a total which is one less than the Reds’ two leading goalscorers, Benteke and Philippe Coutinho – who have just five goals each.

Meanwhile, Firmino hasn’t impressed either since his outstanding showing at Man City.

It’s incredible that Brendan Rodgers spent over £60 million, plus the tribunal fee for Danny Ings, in completely overhauling his forward options in the summer, and yet it’s the week before Christmas and our leading scorer has a paltry five goals.

Who would you start up front vs. Watford?

Who would you start uo front against Watford?