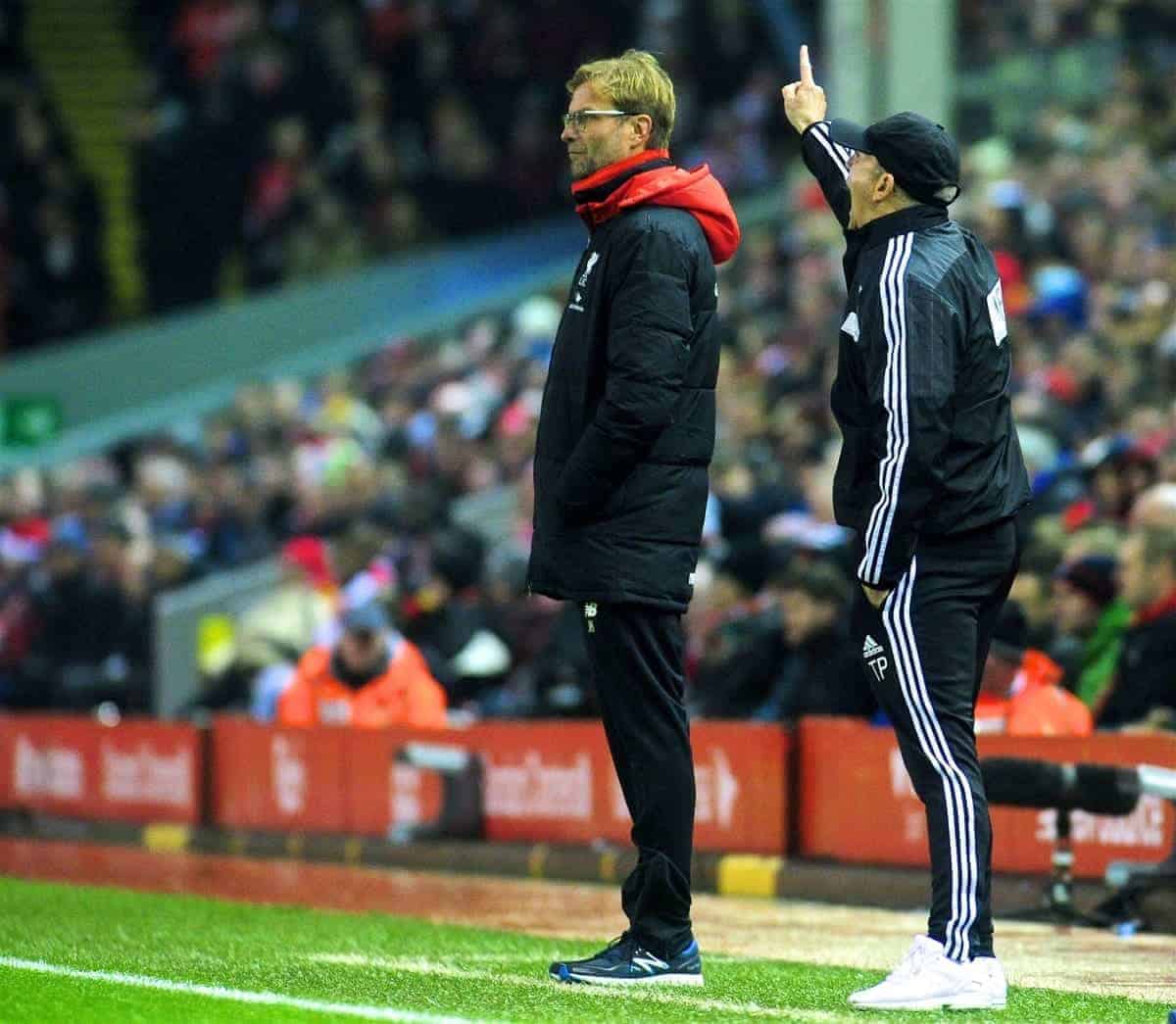 Liverpool manager Jurgen Klopp insists he does not have a problem with West Brom‘s tactics or their manager Tony Pulis despite a fractious 2-2 draw at Anfield.

Klopp did not shake hands with the Baggies boss at the final whistle and was involved with a confrontation with a member of the visiting team’s backroom staff as he went onto the pitch to celebrate with his players.

Craig Gardner’s reckless knee-high challenge on Dejan Lovren, which went unpunished even though the defender departed on a stretcher and left the ground on crutches, was the worst of the afternoon’s tackles but Klopp said he did not have a personal issue with Pulis.

“I didn’t see him after the game. I can say nothing,” he said. “We had some words in the game; sometimes it takes more than a few seconds to cool down.

“Usually I shake hands, I did not today because it was not a friendly game.”

Jordan Henderson had given the Reds an early lead but Craig Dawson and Jonas Olsson – who also had a goal ruled out for offside – scored from corners to turn things around and only substitute Divock Origi‘s deflected strike in the sixth of eight minutes of added time rescued a point for the hosts.

Simon Mignolet‘s error led to West Brom‘s first goal when he failed to claim the ball after coming for a deep corner, but Klopp defended his goalkeeper despite the growing criticism from fans.

“I said to Simon at half-time, if somebody says it was your fault, it is not true, it is my fault. I have nothing negative to say about Simon,” he added.

“In England it is really difficult for goalkeepers to come out as there is no-one to protect them but he can help if he comes out.”

Klopp celebrated the late equaliser like it was a winner, pumping his fists towards the Main Stand and taking his players to salute the Kop at the end.

“Sometimes a point deserved in the right way is more important,” he added. “Maybe the crowd were disappointed but they didn’t let us feel that.

“We all wanted this one point and it felt like three, in this moment it was an explosion.”

Pulis played down the any perceived animosity with Klopp, insisting he was more annoyed about not leaving with three points.

“He has got to do what he has got to do, I am more disappointed about the way they came back to make it 2-2,” he said. “He is animated. I have been animated all my life on the bench. I have no problems with that.

“We have come here, tried to be resilient. I don’t think there was a booking during the game. The big disappointment was they got that goal.”

Pulis also brushed aside Gardner’s tackle on Lovren. “The two worst challenges in the game are (James) Milner’s challenge on Gardner and Skrtel’s challenge on Salomon (Rondon). Gardner has played the ball. The others, Skrtel has gone right over the ball,” he added.