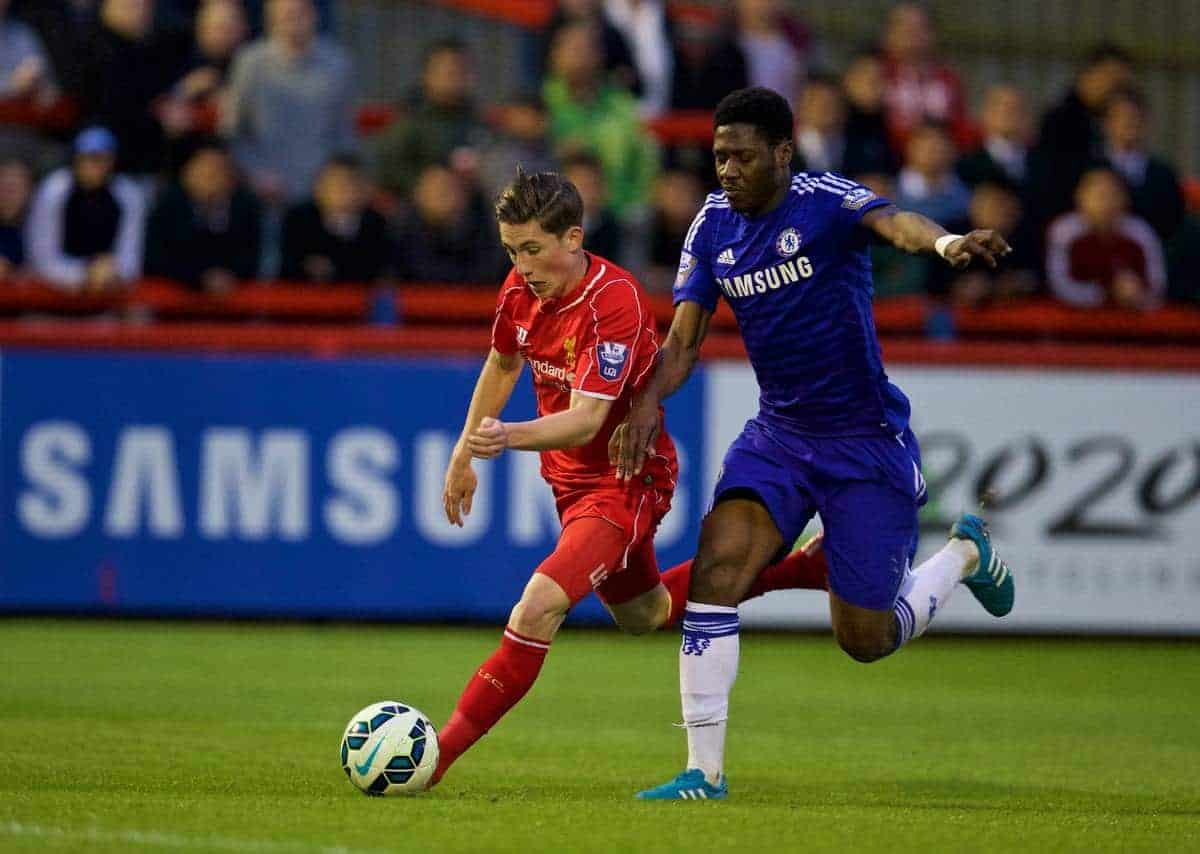 With Chelsea‘s Ola Aina set to see out the last months of his contract this season, Liverpool are reportedly interested in the 19-year-old.

Aina was earmarked as an outstanding talent in the Chelsea academy in 2013, signing a new contract that would keep him at the club until the end of 2015/16.

But having seen his first-team options limited, the versatile defender looks set to depart the club this summer.

According to the Mirror‘s Adrian Kajumba, Liverpool are one of the clubs interested in securing his signature if that is the case.

“Napoli and Borussia Dortmund also want the versatile defender who has broken into the England Under-21 setup this season,” Kajumba writes.

The two European sides have something of an advantage when it comes to persuading Aina to leave Chelsea, as they are able to enter discussions over a possible move in January.

Liverpool, however, will hope that their interest will attract Aina ahead of a summer transfer in 2016.

Napoli are said to have seen a loan bid for the 19-year-old rejected over the summer, underlining the talent at Aina’s disposal.

A stocky, 5’8″ defender capable of operating at left-back, right-back and in the centre of defence, Aina has long been regarded as one of the star’s of Chelsea‘s academy.

Aina was part of the Chelsea U18s side that secured back-to-back victories in the FA Youth Cup in 2014 and 2015, providing the young Blues with a stable base to build their attacks from.

He has also won honours in the U21 Premier League and the UEFA Youth League, and featured in Jose Mourinho’s squad for pre-season ahead of the current campaign.

Mourinho described Aina as “a boy with lots of potential” when discussing his possible right-back options in light of an injury to Branislav Ivanovic in October, but with the Portuguese struggling to coax his side into form this season, it is no surprise that Aina has not featured.

Adding Aina to the Liverpool squad would see the club follow their trend of recruiting outstanding young English talent.

The successful transition of Joe Gomez from Charlton Athletic to the Liverpool first team this season will no doubt have encouraged academy director Alex Inglethorpe that this is the right approach.

Aina and Charlton’s Ademola Lookman would see the Reds continue this admirable drive to bolster their academy ranks.

Crucially, Aina would flesh out the Reds’ U21s squad in a key problem area, as well as providing cover for Jurgen Klopp‘s senior side.