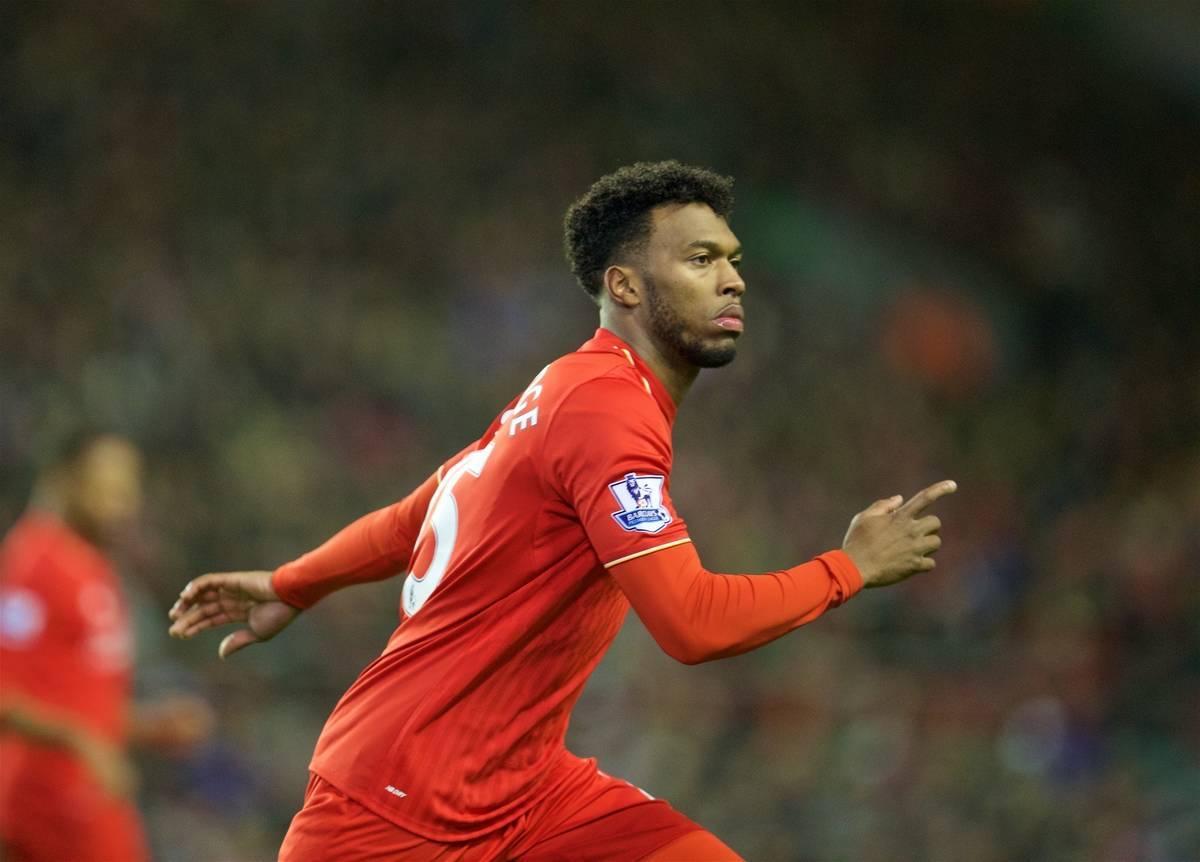 Daniel Sturridge made yet another injury comeback against Swansea City on Sunday and his return – provided he remains fit – can put Liverpool into another gear.

There’s just something about Sturridge that makes the Reds look a far more daunting team to face when he is on the pitch.

His 20-minute showing against Swansea was far from the most earth-shattering cameo you will ever see, but just having him out there gave the visitors something different to think about.

The 26-year-old’s miserable luck with injuries has been much-publicised, but it cannot be emphasised enough how important keeping him fit is to Jurgen Klopp and everyone linked with the club.

Sturridge receives nowhere near the credit he deserves for his goalscoring record at Liverpool, since joining from Chelsea for £12 million in January 2013.

He has scored 42 times in just 70 appearances – 37 in 47 Premier League starts – which when you consider he doesn’t even take penalties or free-kicks, is a monumental return.

Sturridge also scored more goals in his first 50 league games for the club than Ian Rush, Roger Hunt, Luis Suarez, Fernando Torres and Robbie Fowler all managed, which is remarkable.

Suarez is understandably seen as the genius behind Liverpool’s 2013/14 campaign, but Sturridge played an enormous role too. Without him, there is no way a title charge would ever have developed.

The Englishman never takes long to get back into his stride either, as his brilliant post-injury double against Aston Villa in September showed. He is yet to have a barren run in a Liverpool shirt.

If Sturridge is in the team, he guarantees roughly two goals every three games, and his pace, movement and ruthlessness make him one of the country’s most respected marksmen.

It is no coincidence that the Reds have struggled to find the back of the net over the past year or so, with Sturridge a virtual spectator during that time.

Liverpool have only scored three goals or more in a league match on four occasions in 2015. Two of those were with Sturridge in the side, and many toothless days in front of goal saw the ex-Man City youngster watching from the stands.

Someone could well be in for a hiding once Sturridge is starting matches again.

In the summer, many supporters were of the opinion that Christian Benteke’s arrival at Anfield would make Sturridge’s constant absence no real issue.

For all the Belgian’s qualities, however, there is a gulf in class between the two.

Benteke has been very hit-and-miss for Liverpool so far – injuries of his own haven’t helped in that respect – and his subdued showing against Swansea was further evidence that he should be second-choice behind a fit Sturridge.

Didn't see the match but seems odd Benteke didn't contest a header in 71 mins yet his replacement Sturridge had 5. pic.twitter.com/qGKpgISO0s

His movement lacks the invention of his teammate, and his ability to pick a pass and link-up with the likes of Philippe Coutinho and Roberto Firmino is just not quite slick enough.

While it’s hard to take issue with Benteke’s scoring record in a Liverpool shirt – five goals in 13 games is a respectable return at a new club – he has missed many chances that Sturridge would have buried.

The 16-time capped England international seems to raise the performance level of others, whereas Benteke can frustratingly blunt the Reds’ attacking play at times.

There is far more fluency and killer instinct when the former is involved.

After the dark final weeks of Brendan Rodgers’ reign, Klopp’s arrival has injected everyone associated with Liverpool with fresh optimism.

There is even talk of a surprise title push, with the Reds just six points off top spot and every difficult away game already done and dusted.

For Liverpool to have any chance of mounting a genuine title charge – it must be stressed that a top-four finish still needs to be the realistic aim – Sturridge must play a big part.

When fully fit, he is possibly the most influential player at the whole club, and he strikes real fear into the opposition.

Nobody else in the squad scores at such a relentless rate, and his movement and underrated creativity on the ball make Liverpool look a completely different proposition in the final third.

The thought of a Coutinho-Firmino-Sturridge front-three is one that makes the mouth water, and is an attacking trident that would get the better of almost every defence the Premier League has to offer.

It is far from guaranteed that Sturridge will stay fit from now on, unfortunately, but a prolonged spell back in the team can only be a positive thing.

Some fans are guilty of forgetting just how good he is, and seeing him back in action on Sunday was a lovely early Christmas present for Liverpool-lovers across the globe.