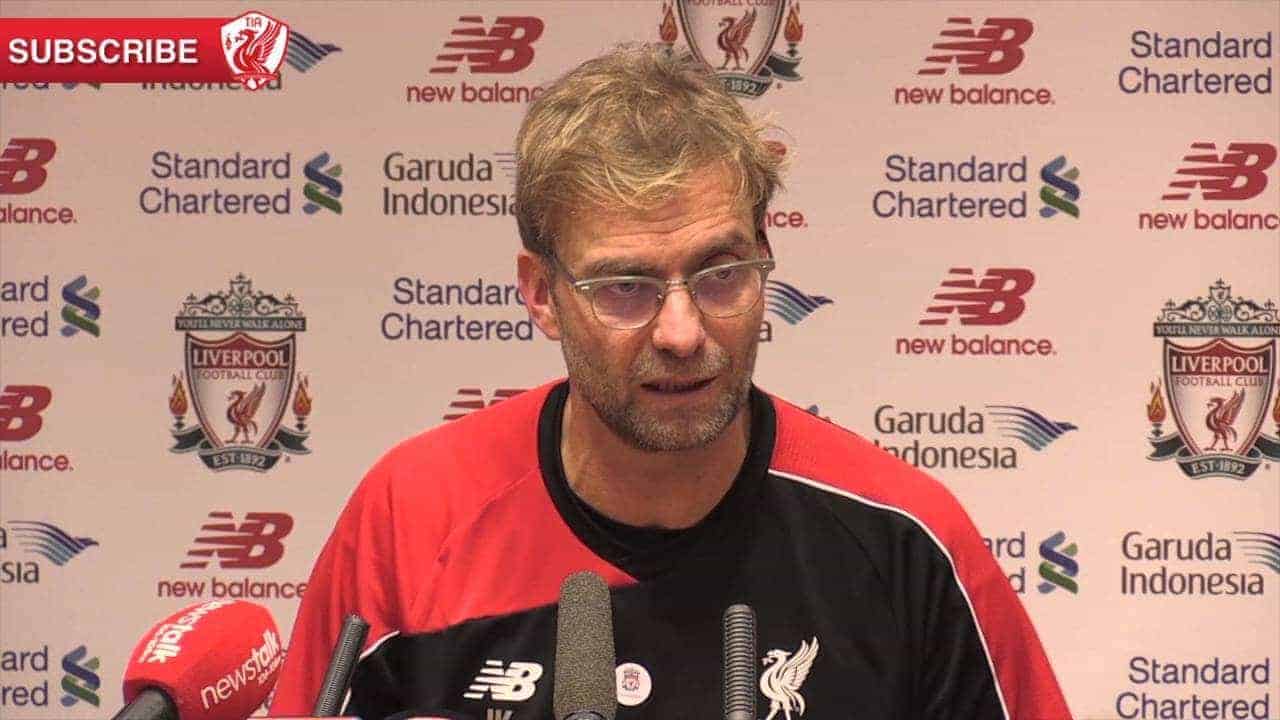 Despite watching his side concede two goals from set pieces, Klopp was pleased with their performance—and more so that of the home support.

“Sometimes a point deserved in the right way is more important [than a win],” he said.

“I know we all wanted three points, it’s important for the table and everything, but for our development there are so many different things that are important.

“We could do everything. We were in the box, we had chances, we made a brilliant goal, everything, and then [they] got two set plays.

“Then, to stay in the game, with only a few seconds to be disappointed, and to come back into the game, that’s a big moment in football.

“I enjoyed this game, I enjoyed the atmosphere with my whole body and it was great.”

Klopp now prepares his side for a trip to Vicarage Road to take on Watford next Sunday, with the draw for the next stage of the Europa League to come on Monday.