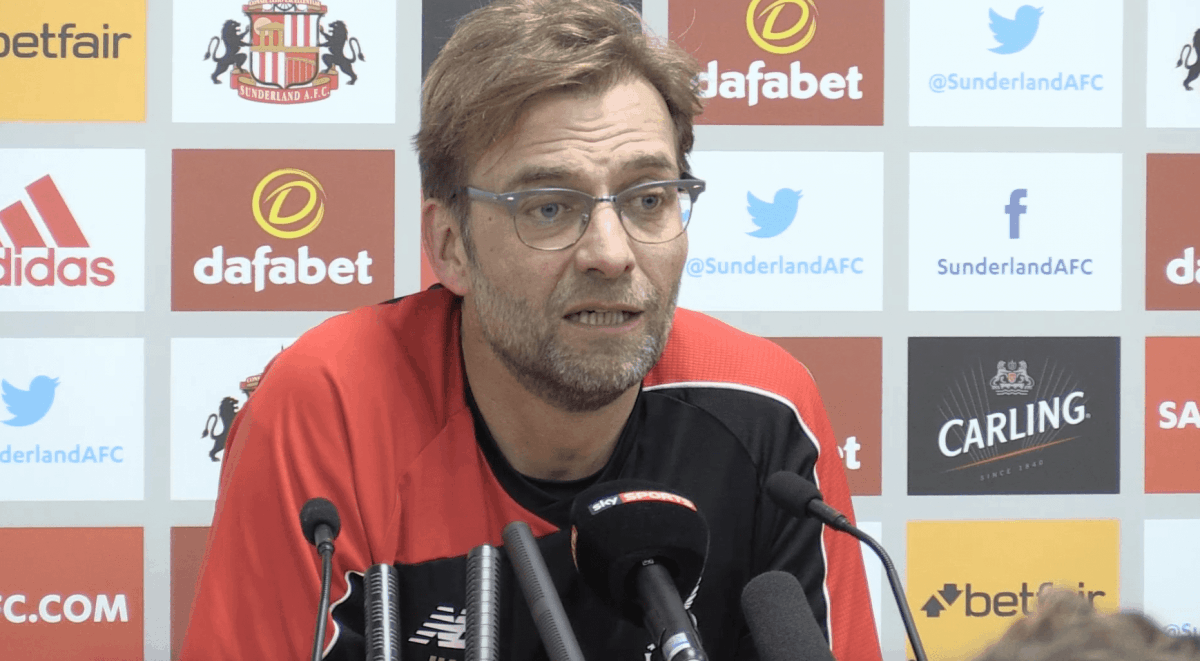 Liverpool boss Jurgen Klopp was delighted his team found a way to win against a Sunderland side that he did not feel were easy to play against.

"We were the better team and you could see that the pressure on both teams was big," he told Sky Sports 1. "A little bit more for Sunderland because of the intensity of the last weeks and months.

"You could help yourself if you got an early goal, we didn't but we did not do too bad in situations against a very good defending team. They were only defending so that makes it pretty hard for us because you don't get space and you always have to go again and slow down the game.

"Then we made the goal after half-time and we controlled something like the game.

"They were waiting for set-plays, they are difficult to defend but we did it. We could have got made a second or third one, we didn't, we had to wait until the final whistle."

Liverpool now travel to West Ham for Saturday’s 12:45pm kick-off at Upton Park, hoping to start 2016 how they finished 2015 – in winning ways.