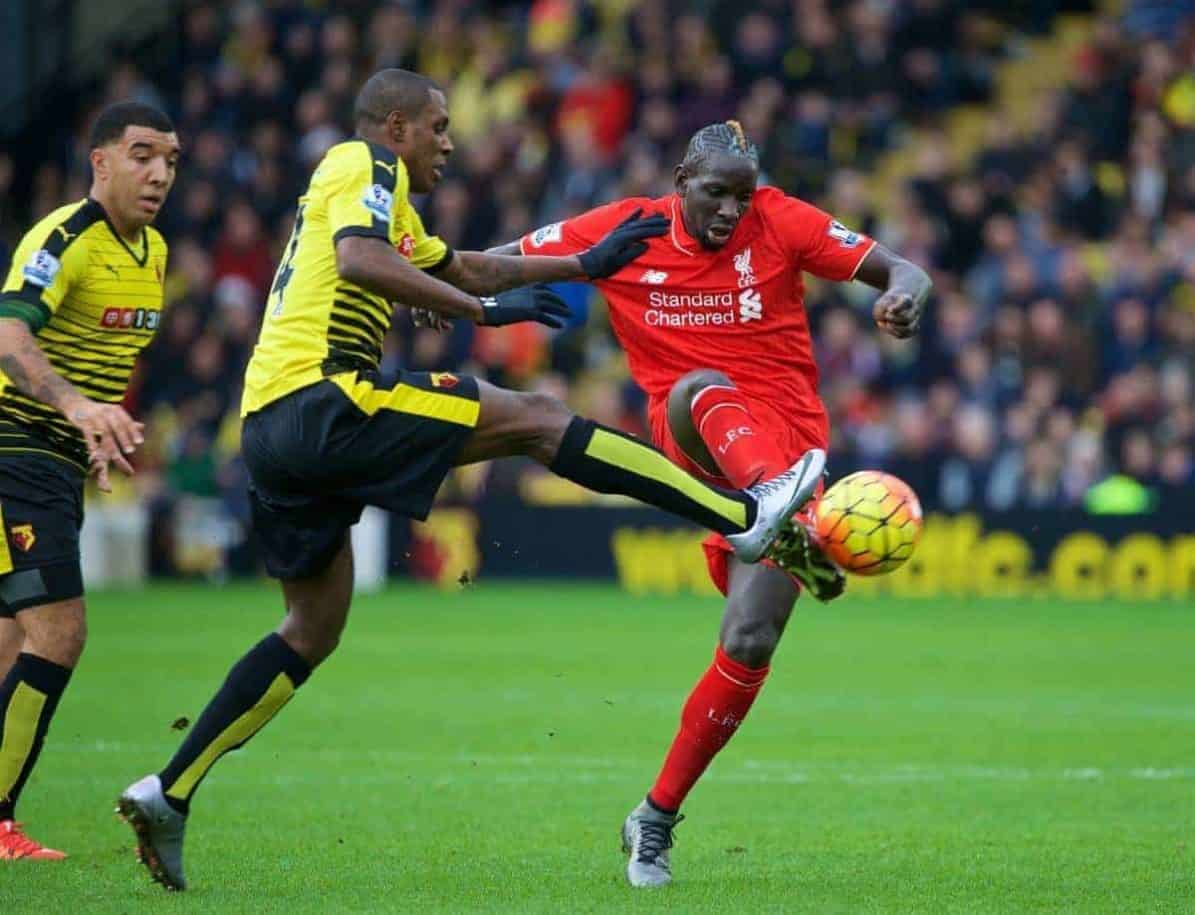 Liverpool’s players put in another horror showing to make it four games without a win in all competitions. This time Watford were the victors, 3-0.

The Hungarian’s howler gifted Watford an early lead and he looked shaky from that point on. He did at least make one excellent second-half save.

One of Clyne’s worst games in a Liverpool shirt. He looks knackered.

The 24-year-old was poor going forward and he generally didn’t seem alert at any point. He wasn’t alone in that respect, mind you. We need more from him.

The Slovakian left the pitch injured before half-time but he had already contributed to Liverpool’s downfall by then.

He was awful for Watford‘s second goal, showing a complete lack of strength, and he wasn’t remotely commanding during his 41 minutes on the pitch. Constantly dropping deep, as ever, leaving an awful defensive line.

An absolutely horrific return to the side for Sakho, who endured his worst display ever in a Liverpool shirt.

The 25-year-old was calamitous on the ball, losing possession time and time again, and his general defensive work was awful throughout. Yes he was rusty, but it was still an unacceptable performance.

Moreno was one of many Liverpool players miles from their best on the day, and it was a performance the Spaniard will want to forget.

He lacked quality at both ends of the pitch, and offered nowhere near the influence we know he is capable of.

When Lucas is bad, he is really bad. Today was another one of those days, much like Newcastle away.

He was appalling in the middle of the park, dawdling on the ball, lacking pace and offering nothing in terms of drive. He was deployed as a centre-back after Skrtel’s injury, where he didn’t fare much better.

The young German was just as poor as his midfield partner, showing no calm whatsoever and playing a risky game that is uncalled for in such an important position.

He was slow in reacting to everything, and was horribly ponderous in possession. An immature showing.

Henderson was the only Liverpool starter to come out of the game with his dignity still in tact.

His work-rate was admirable, putting his teammates to shame, and his range of passing was very impressive. One of the most important players at Jurgen Klopp‘s disposal.

The 27-year-old divides opinion, and when he plays like he did against Watford, it’s easy to see why.

The former Southampton man was lifeless throughout, and he offered almost no goal threat from his forward role. As ever, completely lacking an end product.

Coutinho had a bad day at the office by his high standards, but he did at least attempt to create some magic.

His curled effort was Liverpool’s only shot of note in the first-half, and he tried his best to get something going after the interval. Not even close to his best, however.

Moaned at Origi when the forward didn’t release the pass, but Coutinho was offside the whole time.

A pathetic performance from Firmino, who is beginning to bear the brunt of Liverpool supporters’ anger.

The Brazilian did literally nothing, apart from getting offside constantly, and he played with a lethargy that was extremely worrying. His demeanour is naturally laid-back, which is easy to find frustrating.

The young Belgian looked bright when he came on, showing good strength and pace. Should probably have started, in hindsight.

Ibe didn’t really have any impact on the game, barring a late shot that missed the target.

Did nothing wrong, but also did very little.

It’s hard to see what Klopp did wrong, despite the result.

The starting eleven that he picked looked strong on paper, but there was just none of the pressing and eye-catching football that we associate with a Klopp team.

He is learning about his players all the time, and several of them need to take a long hard look at themselves.