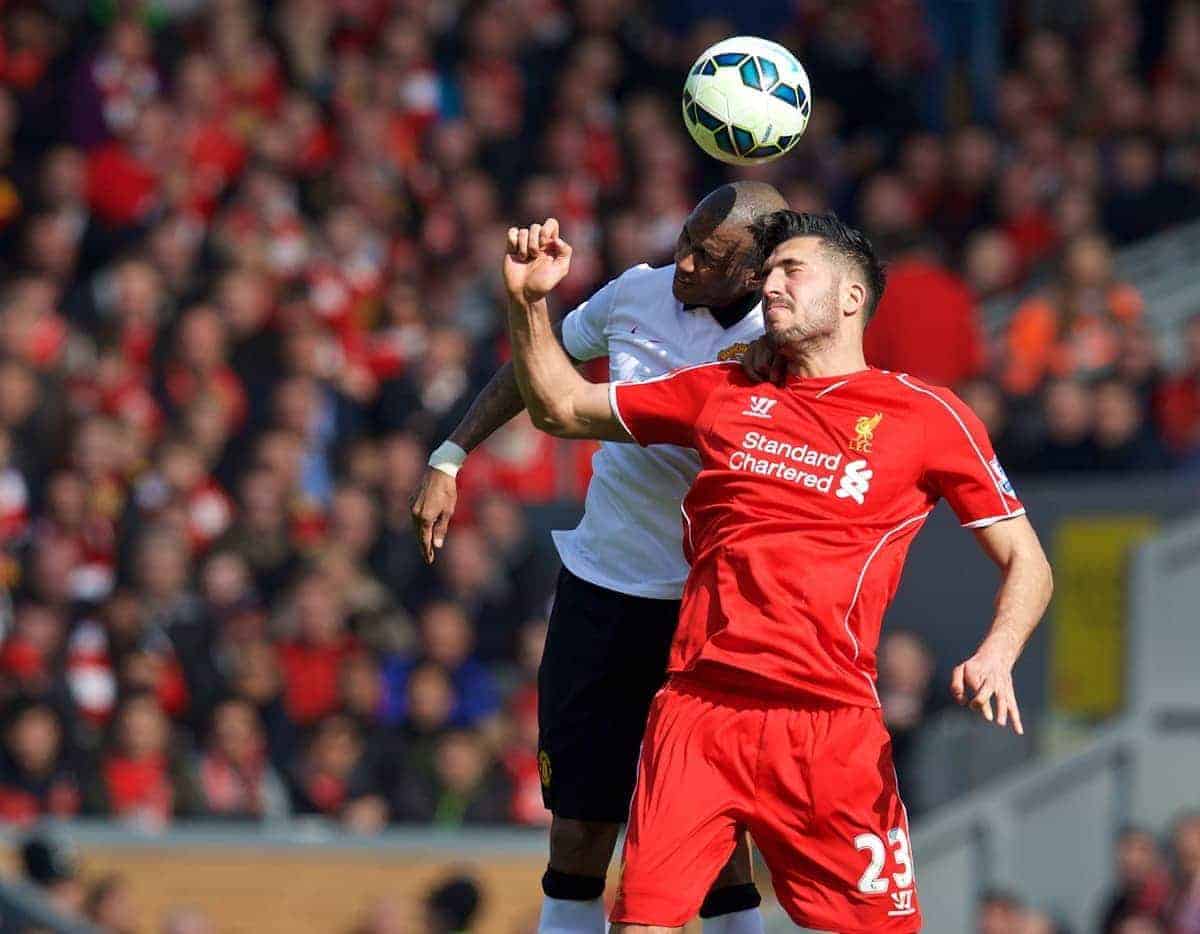 With another fascinating weekend of Premier League action fast approaching, we bring you a preview of what’s on offer.

The midweek fixtures offered up some memorable games of football, with Liverpool’s 3-3 draw with Arsenal and Manchester United’s thriller of the same scoreline at Newcastle United both Premier League classics.

Sunday’s clash between England’s two most successful clubs is comfortably the standout match of the weekend, with the battle for a top-four finish becoming increasingly tight.

Showdowns between the two always offer up plenty of controversy, quality and talking points, and this should be no different.

It is one of 10 games that promises to entertain us over the next few days.

Paul Dummett’s late equaliser for Newcastle on Tuesday evening was potentially another nail in Louis van Gaal’s coffin, and many feel defeat at Anfield could spell the end for the Dutchman.

Despite his side playing more expansively against the Magpies, there are still plenty of flaws within the team, and failure to qualify for the Champions League would be disastrous.

Jurgen Klopp will be buoyed by his team’s efforts against Arsenal, even if they did once again gift goals to the opposition.

The Reds will fancy their chances of defeating their arch-rivals United, although last season’s 2-1 defeat at Anfield was proof that the Red Devils are capable of upping their game on Merseyside.

Arsenal‘s trip to Stoke City on Sunday afternoon is another fixture that stands out, and is sure to once again be a test of the Gunners’ title credentials.

The north Londoners do still have the feel of title favourites about them, and we will learn more about them following their tough trip to the Britannia Stadium.

Tottenham Hotspur came crashing back down to earth on Wednesday in typical Tottenham fashion, losing 1-0 at home to Leicester City, and the visit of Sunderland on Saturday lunchtime is harder than it looks.

The Black Cats won 4-2 at Swansea in midweek, and are showing signs of fight at the bottom of the table. Could in-form Jermain Defoe come back to haunt his former club at White Hart Lane?

Manchester City host Crystal Palace on Saturday afternoon, in what could be an entertaining game, while Everton‘s trip to Chelsea has more chance of being a bore draw.

There are intriguing match-ups everywhere you look.

Spurs’ clash with Sunderland should be interesting in terms of seeing how Mauricio Pochettino’s men bounce back from their aforementioned defeat to Leicester.

It is likely to be a low-scoring affair, and bringing Jan Vertonghen into your fantasy football team, instead of the more popular Toby Alderweireld, makes total sense. A clean sheet is likely.

Jamie Vardy has hit a bit of a dry spell in front of goal, but Leicester’s trip to Aston Villa represents a great chance for the Englishman to find his form again.

The 29-year-old will fancy his chances of running riot against Remi Garde’s susceptible back line, and if he hits his stride, he will score at least once.

Theo Walcott has been very much playing second fiddle to Olivier Giroud for Arsenal of late, with the Frenchman once again influential against Liverpool.

Walcott could play a pivotal role at Stoke on Sunday, however, with his pace on the counter-attack a potent weapon. It may well be his time to shine, in a game of huge importance to the Gunners.

Roberto Firmino finally showed what he is made of against Arsenal, scoring two excellent goals and producing a man-of-the-match performance.

The Brazilian looks to be something of a confidence player, and he will be a key figure against Man United. Get him in your team, as he has as good a chance as anyone of being the match-winner on the day.