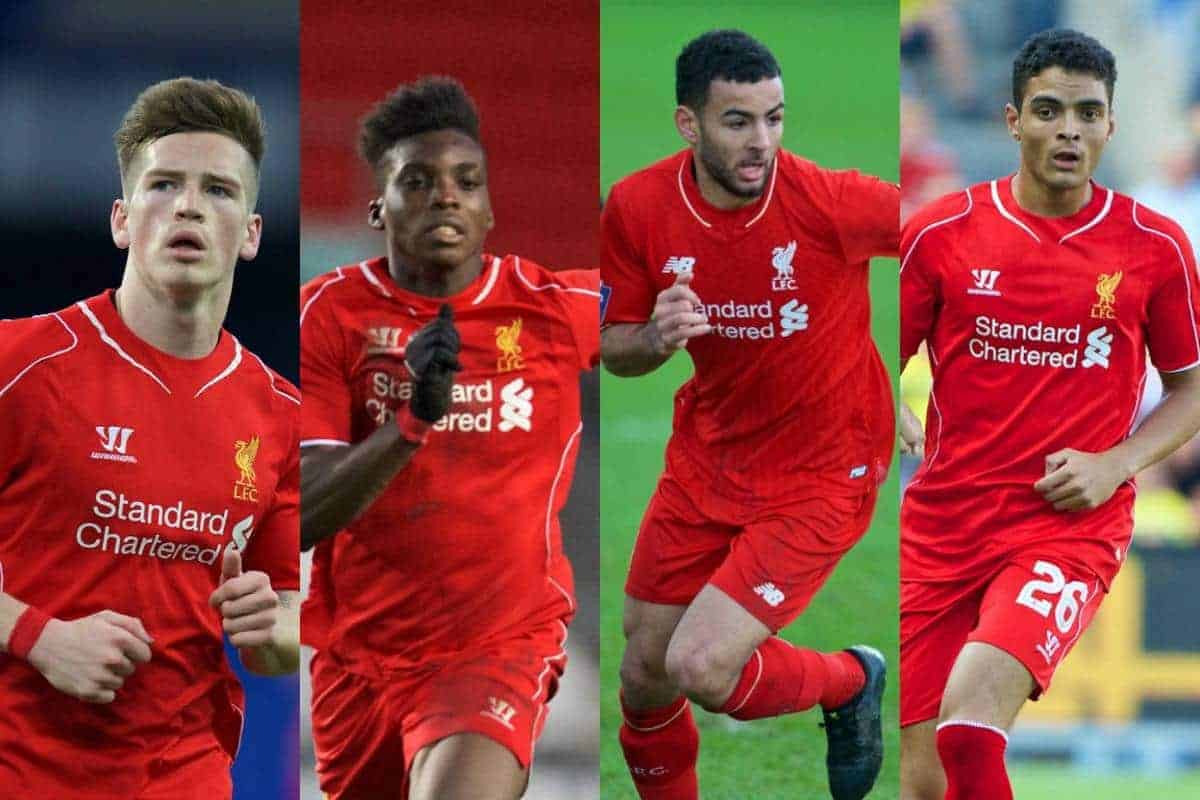 Christian Benteke is the only senior player named in the outfield XI, starting alongside Jerome Sinclair up front. The Belgian is therefore named Liverpool captain!

Jose Enrique makes his first appearance in a year – the outcast Spaniard last started a game against Bolton last January, also in the FA Cup.

He’ll line up alongside Tiago Ilori at the centre of defence – the Portugal under-21 finally making his debut two and a half years after joining the club from Sporting CP.

Academy duo Connor Randall and Brad Smith start at right- and left-back, while Kevin Stewart makes his Reds debut in midfield alongside Cameron Brannagan – who makes his second start for the club.

Joao Carlos Teixeira joins Stewart and Brannagan in midfield, with Ryan Kent taking up an attacking midfield role to also make his debut.

Seventeen-year-old centre-back Conor Masterson is on the bench. Sheyi Ojo and Pedro Chirivella are also among the subs.

Exeter City vs. Liverpool kicks off at 7.55pm GMT, live on BBC One in the UK.

Follow and discuss the match in our matchday blog here