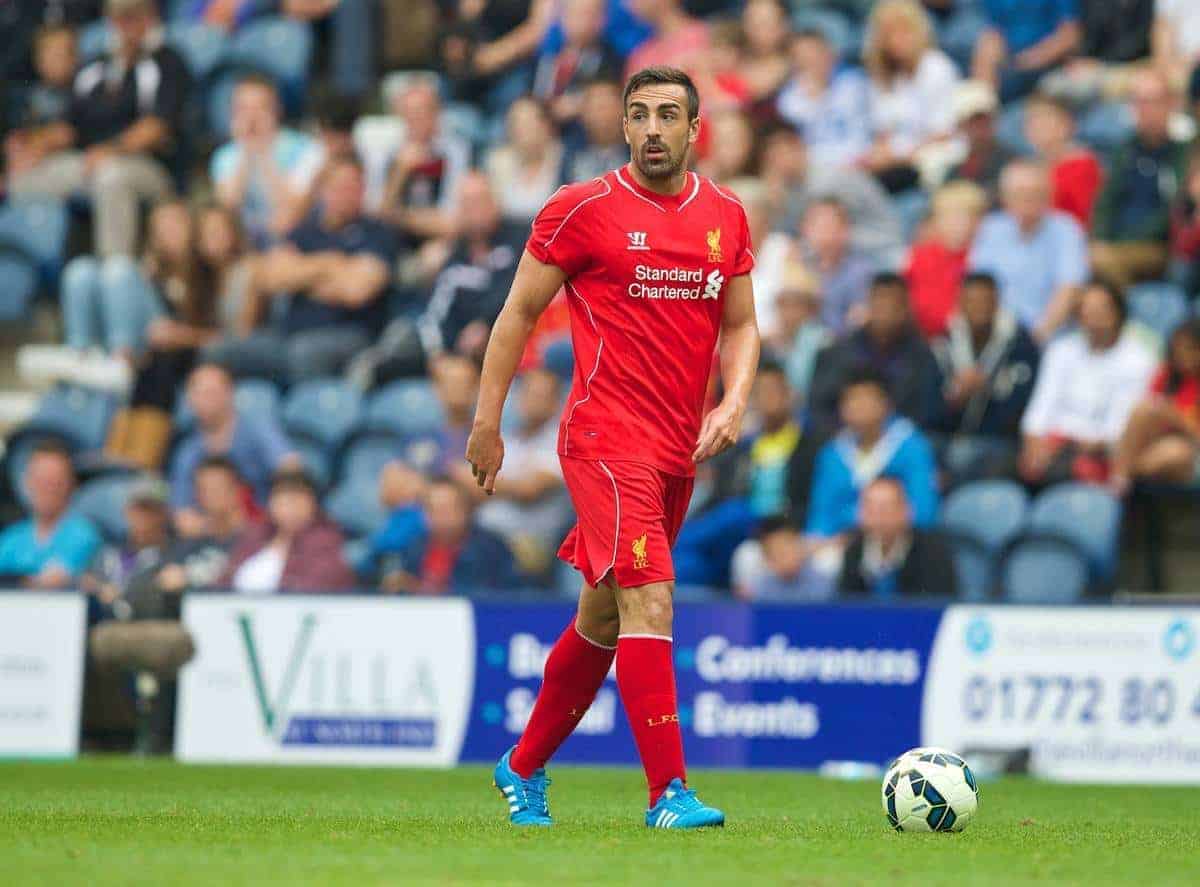 Liverpool outcast Jose Enrique looks set to be the main benefactor of the club’s injury crisis, with the Spaniard expected to partner Tiago Ilori at centre-back against Exeter.

Enrique’s last appearance for the first-team was a year ago, against Bolton Wanderers in the FA Cup fourth round at Anfield last January. He was subbed at half-time – as he was on his previous start before that, against FC Basel the month before.

But with no senior centre-back available owing to injuries to Martin Skrtel (hamstring), Dejan Lovren (hamstring), Mamadou Sakho (knee) and Kolo Toure (cramp), Klopp has been forced to turn to the Spaniard.

Enrique was outcast by Brendan Rodgers in the summer but has featured for the under-21s this season and even played at centre-back on occasion for Michael Beale’s side – something that is now to come in handy in these extreme circumstances.

“We don’t have too many centre-backs so it is an idea,” explained Klopp. “But we have to see. He played on Tuesday (in a friendly v Morecambe) as a full-back for 90 minutes. In this game we could need his experience.”

The 29-year-old’s contract expires this summer and recent reports had even suggested Liverpool were looking to terminate this deal this January.

Enrique is expected to lineup alongside Ilori, who will be making his debut for Liverpool two and a half years after signing from Sporting Lisbon for £4 million. He was recalled from Aston Villa and trained with the squad at Melwood on Thursday.

“I spoke with Ilori two weeks ago. He was injured but now he is fit and in training, I think he has played for Aston Villa’s second team a few times so he should be available.”

Ilori and Enrique are expected to be joined by academy full backs Connor Randall and Brad Smith, who have both featured in recent weeks.

Other potential debutants are wingers Ryan Kent and Sheyi Ojo (both recalled from loan this week).

Academy forward Jerome Sinclair is expected to be in the squad and could even start, while versatile player Kevin Stewart, who was on loan at Swindon Town but has been out with injury since September, could also feature.

Stewart has played in centre-midfield for the under-21s.

Liverpool have until 12 noon on Friday to register players for the FA Cup. Manager Jurgen Klopp is attempting to sign Borussia Dortmund centre-back Neven Subotic on loan in time for next weeks game against Arsenal at Anfield.

PICK YOUR TEAM TO FACE EXETER: