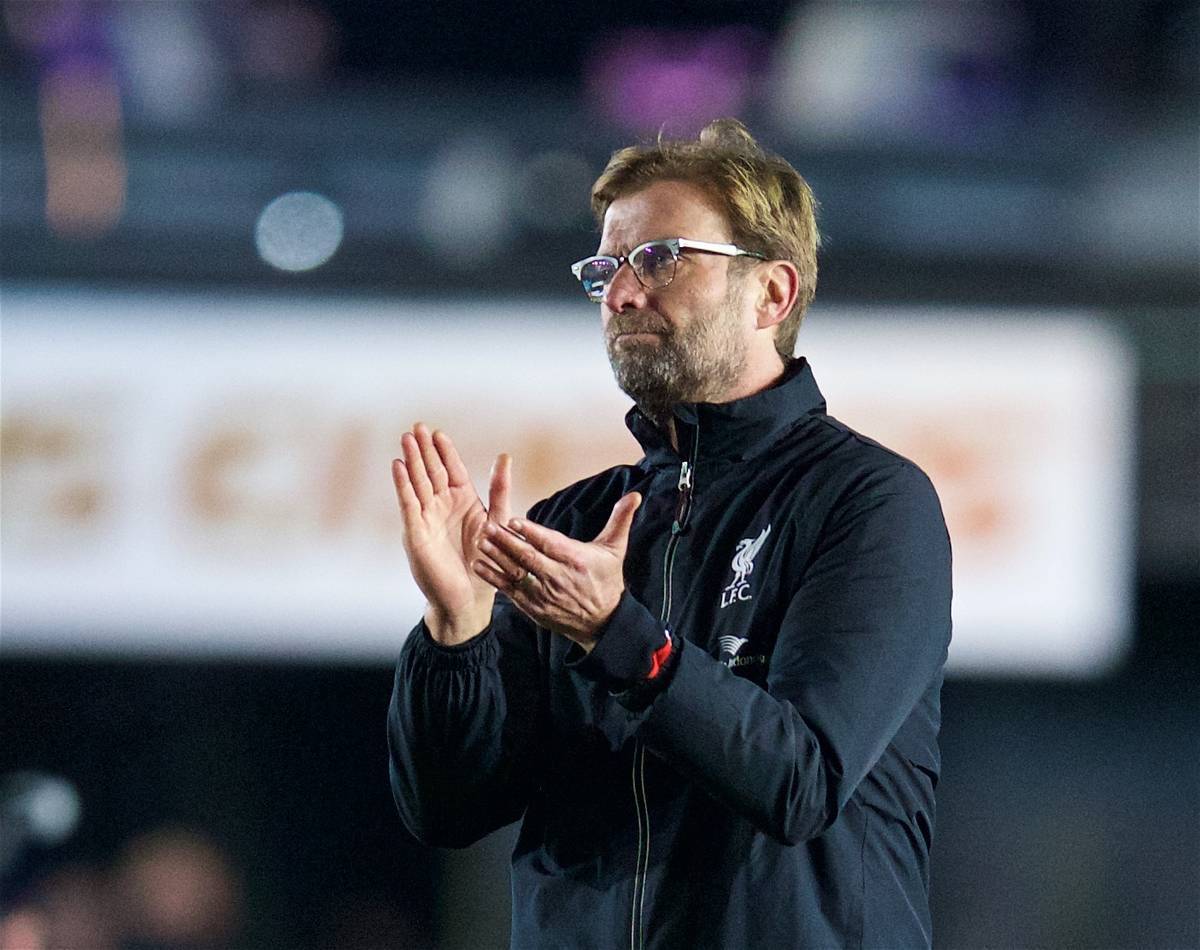 Jurgen Klopp defended his young players after patched up Liverpool stayed alive in the FA Cup with a 2-2 draw at League Two Exeter.

Klopp was without 13 players for the third-round trip to Devon and made 11 changes from the side which beat Stoke in the first leg of their Capital One Cup semi-final on Tuesday.

With Barclays Premier League tests against Arsenal and Manchester United to come in the next week or so, Klopp opted to go with youth at St James Park.

Liverpool’s young side boasted only 34 first-team appearances in total before the Exeter game and Klopp handed out senior debuts to Tiago Ilori, Kevin Stewart and Ryan Kent.

“If you want to criticise anyone, criticise me and leave the players alone,” Klopp said after goals from Jerome Sinclair and Brad Smith prevented Liverpool losing to fourth-tier opposition in the FA Cup for the first time.

“If they made mistakes it’s my responsibility, they helped us at this moment.

“We tried to create a line-up under time and pressure.

“They came back yesterday, we trained together and again this morning for about 40 minutes.

“We tried to create a common plan and idea, it wasn’t too good, not too bad.

“But it showed in football that you must work together and and train together, and that’s not what we could do with this team.”

Exeter scented a famous victory when Tom Nichols fired them into a ninth-minute lead. The highly-rated Sinclair restored parity within three minutes, but Liverpool goalkeeper Adam Bogdan was guilty of a howler on the stroke of half-time when Lee Holmes’ corner sailed straight over his head.

Klopp, however, preferred to call Holmes’ goal “a miracle” after Smith’s 72nd-minute equaliser had secured an Anfield replay.

“We didn’t defend too well and we lost a lot of one-on-one situations,” Klopp said. “The pitch was difficult for both teams, they scored from their first attack and then from a corner.

“The second goal was something like a miracle, it wasn’t too easy for the young boys. “We had a few moments, but not enough, and it didn’t work 100 per cent.

“But the draw was the logical result, we deserved it.”

Exeter had lost their previous four games, three of them at their St James Park home. But there was an intensity about their performance which delighted their long-serving manager Paul Tisdale.

“My players gave everything and played with purpose, they tried to win the game,” Tisdale said.

“It wasn’t one of those park the bus and try and nick it.

“We wanted to play and the players wanted to attack and go forward.”

Tisdale felt the inexperienced nature of Liverpool’s team would play in to Exeter hands in the final third of the game, but he said the 2-1 deficit forced the visitors to gamble.

“We knew after the hour mark that, with their players not in the swing of regular football, we had a chance,” Tisdale said.

“But human nature what it is started to kick in, they started pushing and we tried to hold on.”