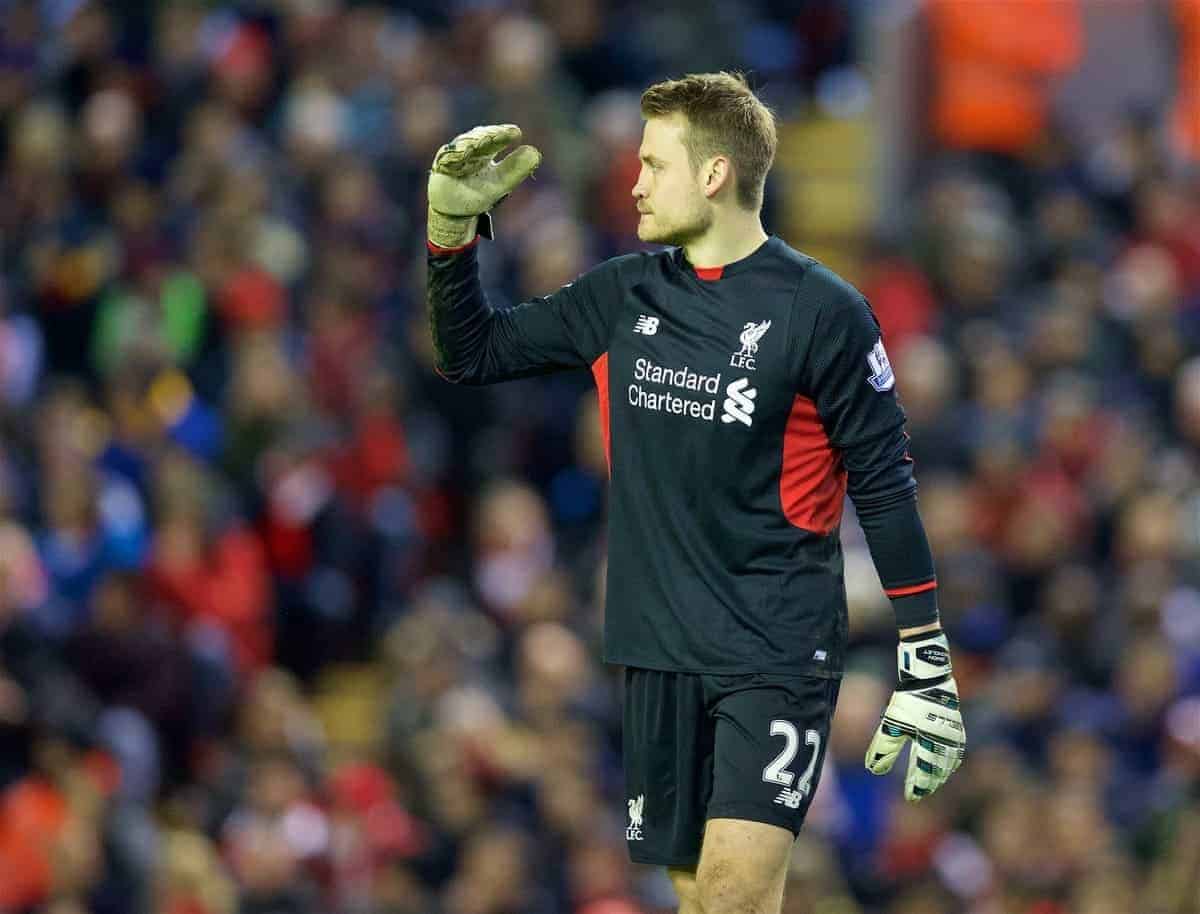 Is Jurgen Klopp really happy with Simon Mignolet as his No.1? Should he be showing the same ruthlessness he has with Christian Benteke with his compatriot?

Jurgen Klopp hasn’t done much wrong since he took the reins at Anfield in October, but his first mistake could be just around the corner in the shape of a new contract for Simon Mignolet. Reports of a new five year deal for the Belgian stopper would mean he could remain at Liverpool until 2021.

Of all the baffling decisions concerning the club throughout the years, this must rank up there with the likes of Roy Hodgson’s appointment. Unless Mignolet has a hardcore Igor Biscan-esque cult following whom have some sort of influence on Klopp’s decisions, it’s hard to see why the Liverpool manager wants Mignolet as his long term No.1.

He simply hasn’t convinced since he joined from Sunderland in summer 2013. Every superb save he makes is followed up by a serious lapse in concentration. It’s almost as if he’s constantly patting himself on the back after a fine reflex save when he should be concentrating on commanding his box during a dead ball situation. His inconsistency has become consistent, and for a Liverpool goalkeeper that is criminal.

Since day one, Klopp has done his best to shield Mignolet from criticism. The Liverpool manager has pointed at a bigger problem involving the whole team when it comes to defending. While it is admirable that he isn’t leaving his goalkeeper to face the music alone, Klopp can’t make excuses for the mistakes which have only Mignolet’s name written on them.

He can’t blame the defensive efforts of the whole team for Aaron Ramsey’s equalising goal on Wednesday night. Not being beaten at your near post is the first lesson on day one of goalkeeping school; yet Mignolet managed to do it for Arsenal’s second goal, too.

It’s the goalkeeping equivalent of a striker learning how to stay onside.

If Christian Benteke were to continually get caught offside would Klopp try to share the blame between Benteke not timing his runs and the midfielders not making the pass quick enough? Klopp will no doubt defend Mignolet until the very end; he offers the same fierce loyalty to his players which he also expects from them. It’s one of the most endearing aspects of his managerial personality.

He’s been around the block long enough, though, and he’ll know a team can never be great with a goalkeeper who continually makes the mistakes which Mignolet is guilty of. Perhaps the imminent contract is only being put in place to ensure that Liverpool can command more of a fee for Mignolet if they do decide to sell him in the near future.

Or perhaps – and most worryingly for Liverpool fans – Klopp really believes that Mignolet is his long term No.1. If he is still first choice in a year – or even four years time – and still guilty of the same gaffes which cost his team precious points, Klopp can’t say the warning signs weren’t there from the beginning.

At the other end of the field, Mignolet’s Belgian compatriot Christian Benteke seems an awful lot closer to the exit door. Left on the bench again for the Arsenal game, it’s beginning to look ominous that Benteke is running out of time at Anfield.

It’s easy to criticise the big man; he can meander through whole games, offering little in the way of movement or hard work. At his worst he’d remind you of Mario Balotelli, such can be his lack of interest. Clearly, no one told Benteke that the amount of effort he put in at Aston Villa would need to be doubled at Liverpool.

He simply can’t hang around the box all day waiting on crosses. To his credit, though, his teammates have been guilty of not supplying him with quality deliveries. For a team that pushes its full backs so high up the pitch, Liverpool should be delivering more crosses into the box. If that were to begin to happen we would see more from Benteke, but his lack of mobility and limited all round game means he’s fighting a losing battle to remain part of his managers long term plans.

Benteke’s situation is similar to that which Andy Carroll faced when Brendan Rodgers took over at Anfield in 2012. Carroll was already with the club for nearly 18 months when Rodgers arrived, but his strengths as a big target man never convinced Rodgers and his dreams of tiki-taka football. Klopp is a bit more direct in his approach than Rodgers was, but it’s still hard to see where Benteke fits into his ‘gegenpressing’ philosophy.

Benteke shouldn’t feel too bad, though, the last big target man who was a long term success at Anfield was arguably John Toshack. Liverpool has never been a club that has prided itself on route one football so the chances of a striker in the mould of Carroll and Benteke succeeding at Anfield are slim. However, when weighing up which of the two Belgians to keep at the club, you have to look at the factors which are costing the team more points.

His mangers opinions and thinking, though, suggests he favours his goalkeeper. Time will tell whether Klopp sticks with Mignolet as number one. If he does, however, it could prove to be his first, and most telling, mistake as Liverpool manager.

OPINION: How many of Liverpool’s first eleven need changing in the summer?