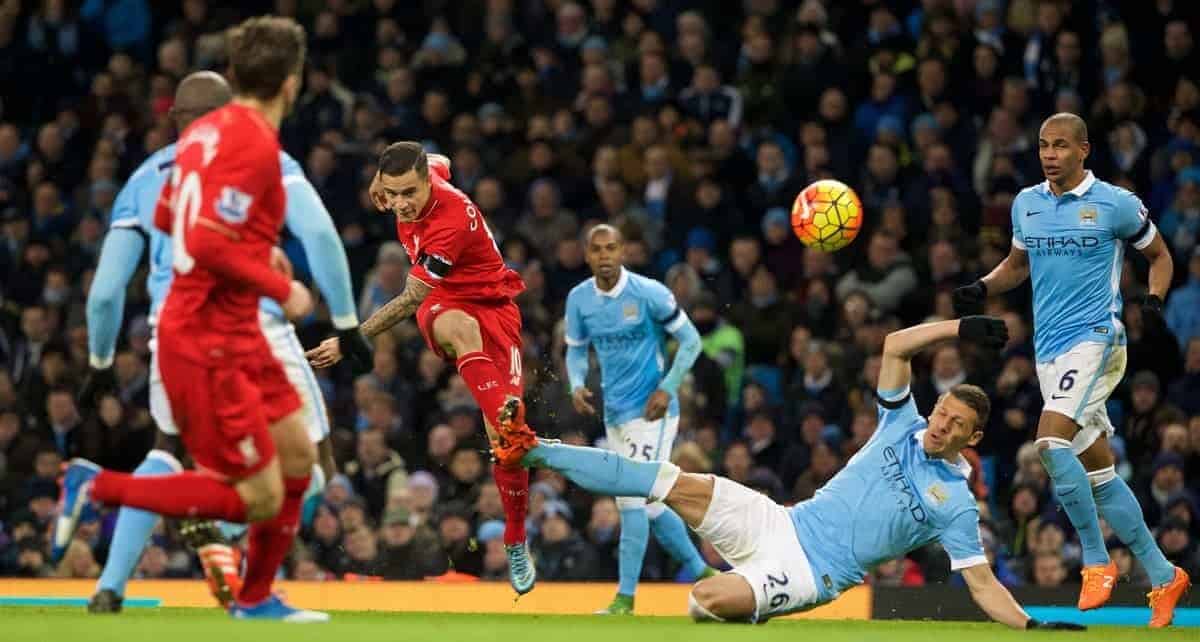 Liverpool will play Manchester City in the League Cup final after Manuel Pellegrini’s side beat Everton 3-1 at the Etihad Stadium on Wednesday night. The Toffees had lead the tie 2-1 from the first leg, and an early strike from Ross Barkley enhanced hopes for an all-Merseyside final before goals from Fernandinho, Kevin De Bruyne and Sergio Aguero sent City through 4-3 on aggregate.

Jurgen Klopp‘s team booked their place in their first cup final since 2012 with a penalty shoot-out victory over Stoke City at Anfield on Tuesday night.

The last time the two sides faced each other, in November 2015, Liverpool ran out 4-1 winners at City thanks to an Eliaquim Mangala own goal and strikes from Philippe Coutinho, Roberto Firmino and Martin Skrtel.

The League Cup final will take place at Wembley Stadium on Sunday, 28th February 2016 with a 4.30pm kick-off. It will be broadcast live on Sky Sports in the UK.

Coincidentally the two sides will meet twice in four days, with a Premier League clash at Anfield scheduled for Wednesday, 2nd March.

Liverpool FC announced details of how their allocation of 31, 735 tickets for the final will be distributed on Wednesday.

Supporters who have recorded three or more League Cup matches on their season ticket, Member or fan card this season will be guaranteed a ticket.

A ballot will then follow for the remaining allocation, open to season ticket holders, Members and fan card holders who have recorded two League Cuo matches this season.

Further details will be announced on the club’s official website in due course.

What are your early hopes for the Liverpool vs. Manchester City League Cup final? Let us know your thoughts in the comments section below.