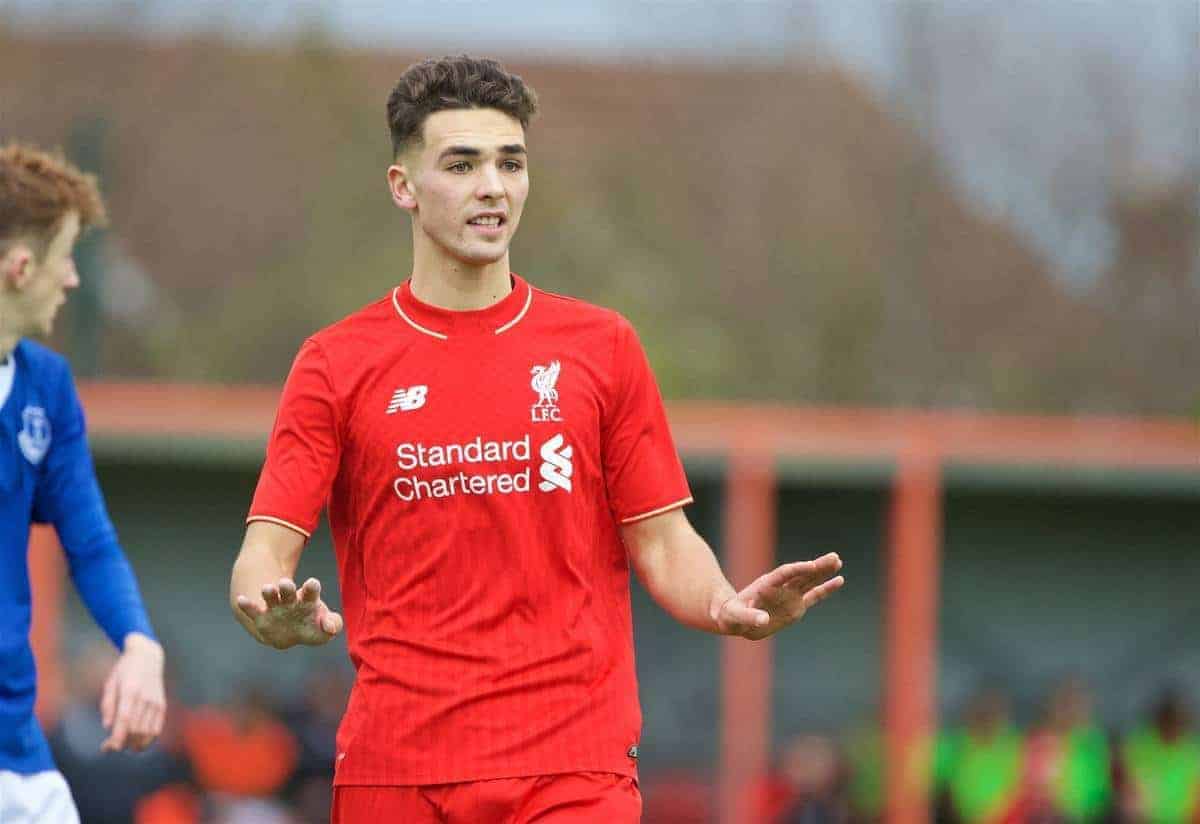 After a bright start, heavy pressure from Liverpool got them a lead when Welshman Woodburn scored a wonderful goal in 17 minutes.

Controlling the ball well, the Liverpool forward hit an amazing chip over the Cardiff goalkeeper Luke Wakeman. Wakeman tried to claw the ball off the line, but the linesman correctly awarded the goal for the Reds.

Critchley’s team looked to score a very important second goal and they had a wonderful chance just two minutes after Woodburn’s strike, with Herbie Kane unleashing a long-range shot which went just over the crossbar.

Cardiff struggled to get their engines started, but they warned Liverpool’s defence when they forced Conor Masterson to make a brilliant tackle. Mark Harris laid a great through ball on for Aiden Chappell-Smith, but Masterson made an amazing intervention to deny Cardiff from the equaliser.

Spectators saw the Reds dominating most of the first half as they looked to double the lead, and Kris Owens’ cross from the left almost procured an own goal from Rhys Abburuzzese.

With the game reaching half-time, it was Whelan who scored Liverpool’s second, the centre-back finishing well after a brilliant delivery from Adam Phillips’ free-kick.

The second half started slowly and it was Cardiff who had more possession and created more dangerous chances in the early stages.

Jamie Bird tried to cross the ball into the area, but the ball landed on the top of Shamal George’s goal, then minutes later on Mark Harris had a glorious chance to cross the ball to his better-placed team-mates, but decided to blast an effort across the goal which went well wide.

Despite an unpleasant injury blow to goalscorer Whelan—who had to be carried off on a stretcher on the hour mark—Liverpool showed more determination and great organisation in the defensive ranks—something which could be an example for the first team.

The young Reds brilliantly defended the opponent’s corners and left them frustrated for long periods of time, forcing the Bluebirds to take shots at goal from range.

The eye-catcher and a bright point of Neil Critchley’s side was definitely Ovie Ejaria, who showed great ball control as well as technical skill and tactical intelligence.

Liverpool dominated in the dying stages of the game and it paid off when substitute Toni Gomes shot powerfully across the Cardiff goal with Lennon on hand for a tap-in from close range.

Lennon’s goal guaranteed progression into the next round of FA Youth Cup, after a well-deserved victory for the Reds.