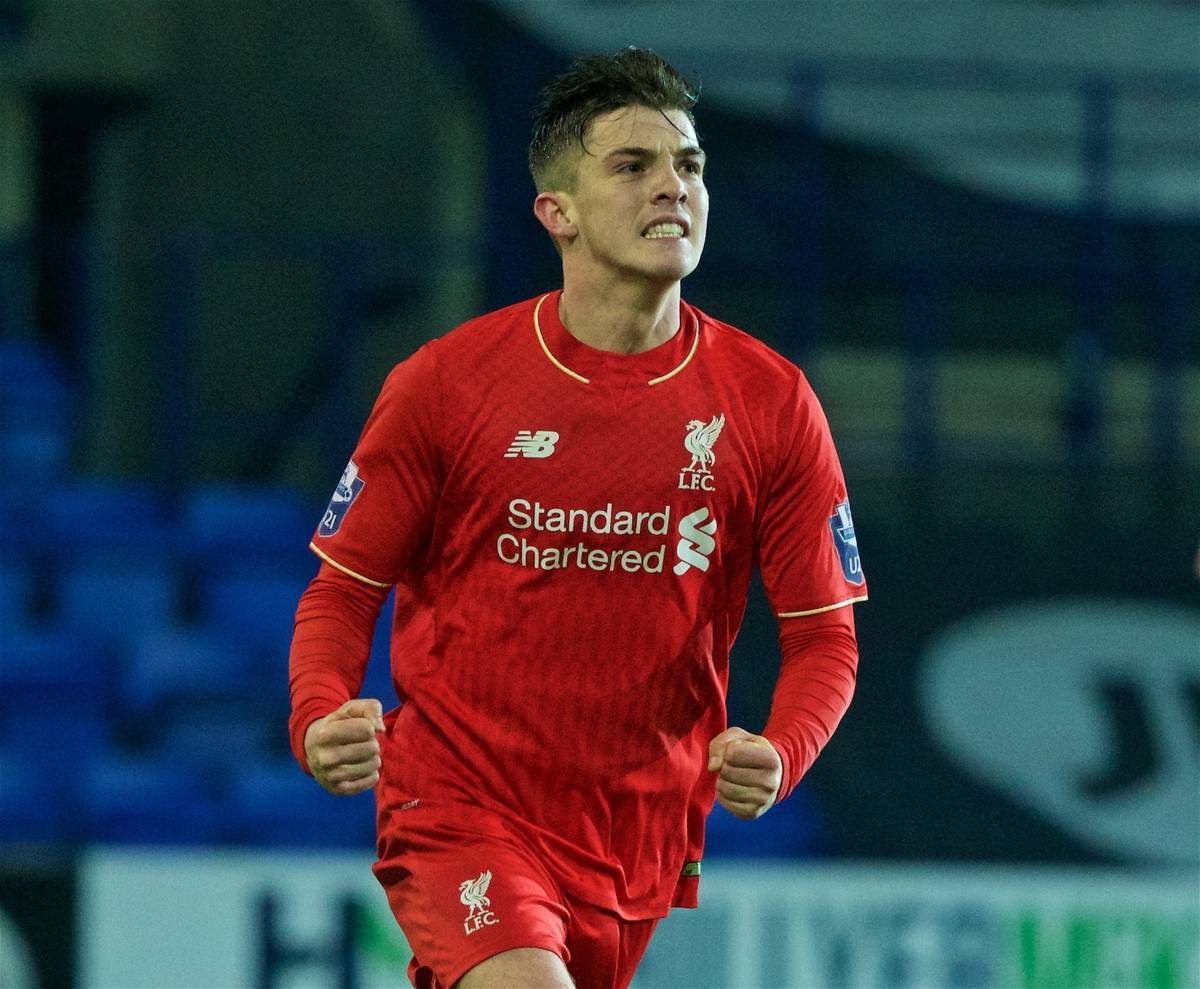 Michael Beale’s side booked their place in the quarter-finals of U21 Premier League Cup as Daniel Trickett-Smith scored the only goal in a tight game at Prenton Park on Tuesday evening.

Steven Caulker started for the first time for Liverpool and showed a consistency in his 90 minute-display for U21s. The on-loan defender showed his attacking skills as well, when he headed a ball straight into Peacock-Farrell’s arms from a delivery from O’Hanlon’s free-kick just over four minutes of the first half.

However, the game lacked attacking football from both sides despite a visible domination from Liverpool. Harry Wilson was one of the shining stars of Beale’s team through the whole game, same as full backs Sam Hart and Corey Whelan who provided an offensive options in LFC’s attacks.

But it wasn’t until the 39th minute when Leeds keeper Peacock-Farrell was seriously tested for the first time. Harry Wilson’s shot was well saved by Leeds goalkeeper and minutes later he collected a dangerous cross from Hart.

It was close to half-time and both teams were set for a goalless first 45 minutes, when LFC finally broke the deadlock thanks to the courtesy of Leeds corner and a great defensive display during that set-piece.

Whelan almost scored an own goal, but the wonderful intervention from Hart allowed Adam Phillips to send a nice pass to Trickett-Smith who didn’t need a help to beat Peacock-Farrell and set Liverpool in front seconds before half-time.

Leeds started brightly from the beginning of the second 45 minutes, but a great display from Cleary and especially Caulker prevented Leeds from getting the equaliser. Loanee Caulker showed a solid display and leadership skills when providing the advice for younger team-mates.

Ryan Fulton, who captained Beale’s side, showed full focus and fantastic skills despite lack of work during first half. The Reds goalkeeper provided a nice save from Lee Erwin’s cross and gathered the second attempt from the right side moments later.

After the quarter of the second half LFC started to dominate again and looked for the second goal to kill the game off. Both Wilson and substitute Ejaria came close, but their shots went wide.

At the dying stage of the game Clearly produced a fantastic block which avoided extra time and confirmed that Michael Beale’s side will play in quarter-finals of U21 Premier League Cup against Everton or Brighton at home in the quarter finals.