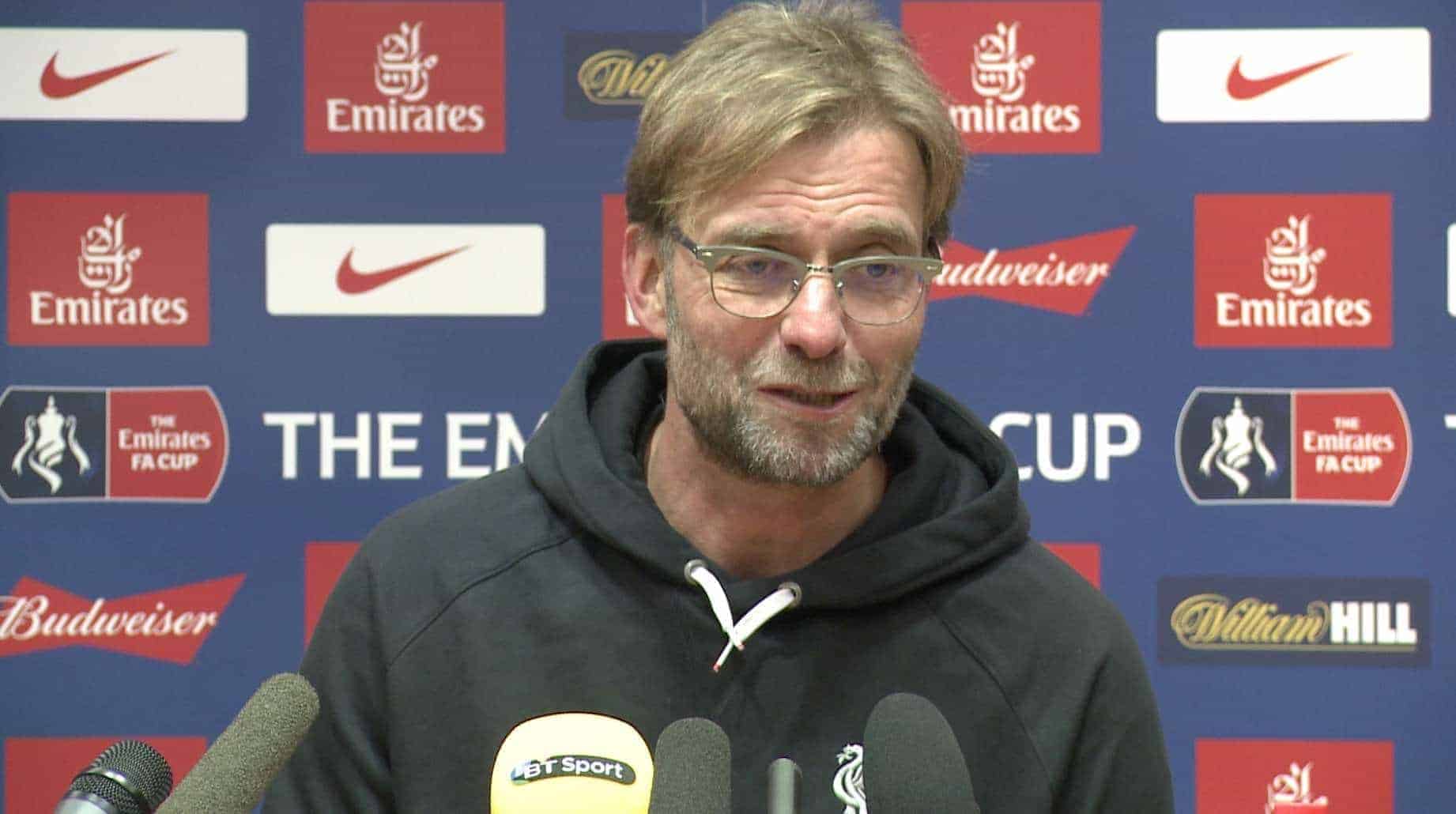 Watch Jurgen Klopp reflect on Liverpool’s 3-0 win over Exeter City in the FA Cup third round replay at Anfield on Wednesday night.

Speaking in his post-match press conference, the Reds’ boss praised his young side but urged patience to allow the players time to develop.

“It is a long way for these young boys but they showed what they are already able to do and what they have to learn,” he said.

“If everyone stays cool… It is not protecting them but giving the lads time to develop.

“Tonight was a good moment, there were a few things which were impressive but a lot of things to learn.

“The target at the end of the road has to be [playing for] Liverpool FC in the Premier League and for this you have to be ready.

“We cannot bring them all in every week in the Premier League.”