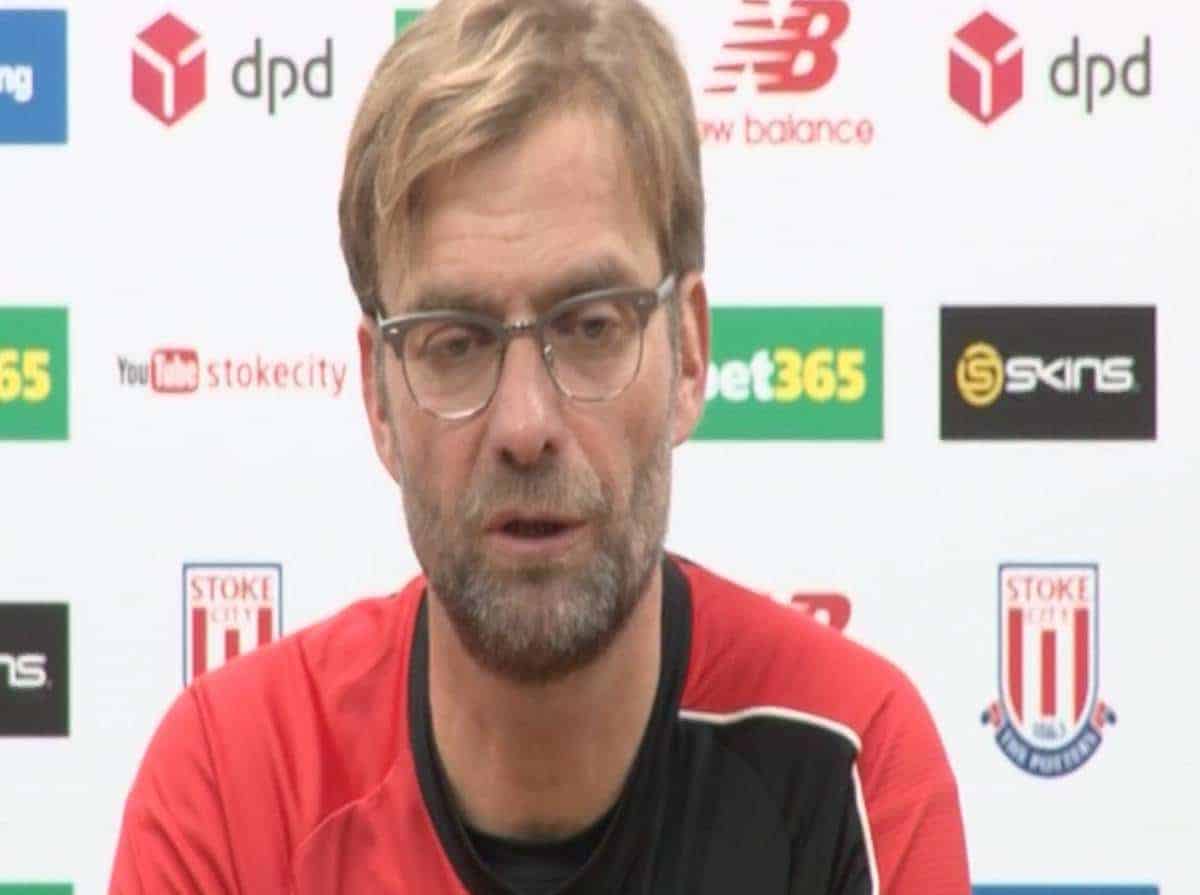 “I was really angry a few days ago but now I’m proud,” said the boss after Jordon Ibe’s goal proved the matchwinner.

The manager said that having three injured centre-backs could see him turn to the transfer market, while he hoped that Kolo Toure only has cramp.

“It’s a big shadow over the game for us, the injuries. I don’t know how serious and we have to wait for this.

“In this situation with no centre-backs fit I would say [transfers] is something we could look at.”

KLOPP: Boss admits injuries may force him into transfer market