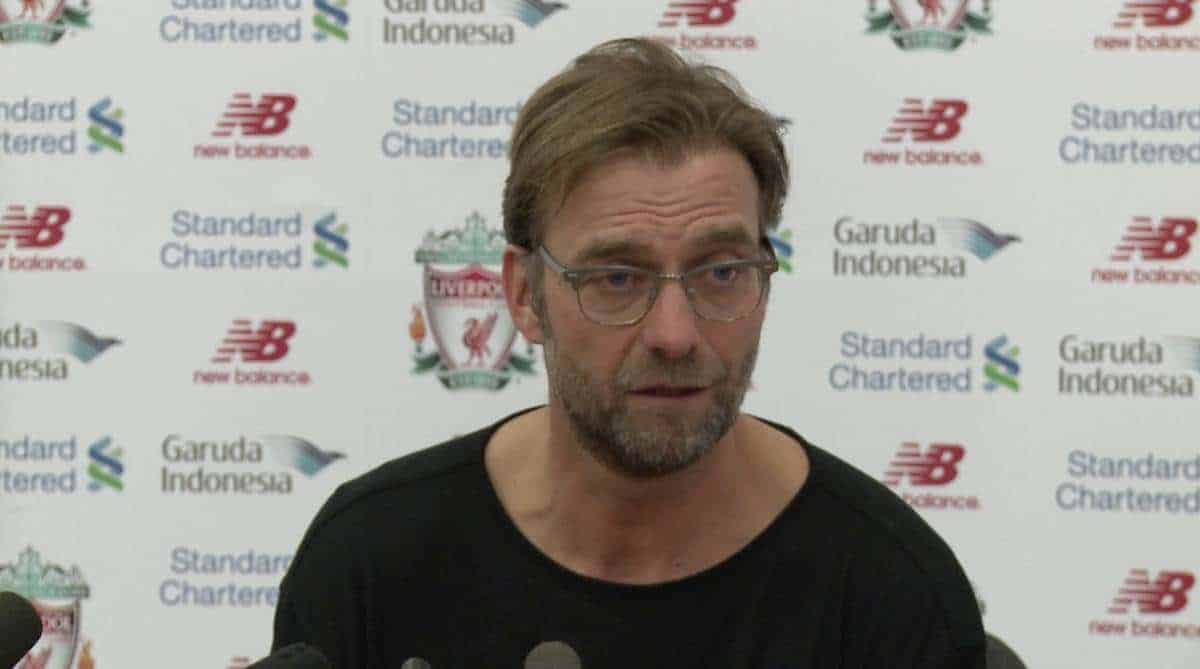 Klopp discussed a range of topics, including the new deal for goalkeeper Simon Mignolet, the links with Jerome Sinclair leaving the club, and team selection against the League Two side.

On Mignolet, Klopp claimed he is “really satisfied with his position.”

On Sinclair, Klopp said: “He has skills, he is a very good shooter but physically it is not easy for him in the centre position in a Premier League game against 6ft 4in defenders to survive but he is very young and he can develop.”

The boss said Jon Flanagan should be in the squad – but not start – while Daniel Sturridge has no chance of being involved after again missing training.

“It will be a similar team to last time. We will play tomorrow with a team with fresh legs”, said Klopp.

“It is a big chance, we can show the young boys we believe in them.”

Liverpool vs. Exeter City kicks off at 8pm GMT on Wednesday night (live on BT Sport for UK viewers).