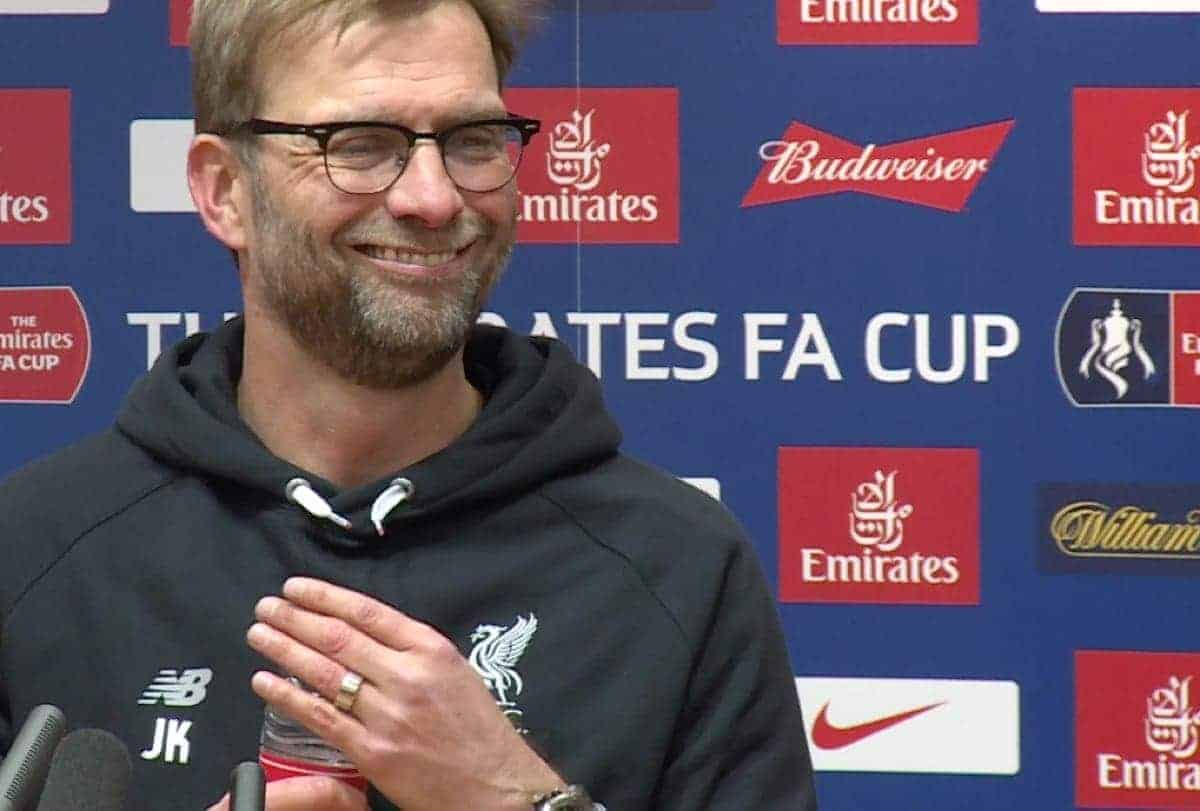 Watch Jurgen Klopp‘s post-match press conference after his side were forced to an FA Cup fourth round replay by West Ham at Anfield on Saturday evening.

The Reds’ fixture congestion was worsened by the goalless draw in which a makeshift Liverpool side dominated most of the game, but again struggled in front of goal.

“My team played really good,” Klopp told reporters after the game. “We defended well and had our chances. We played football, we tried everything but sometimes you need a bit of luck in these situations. I think we deserved the win a little bit more.”

On signing any players before the January transfer window deadline of Sunday night, he added, “We will see what happens in the next 48 hours.”

The date for the replay at Upton Park will be confirmed shortly, and is likely to be on either Tuesday 9th or Wednesday 10th February 2016, sandwiched between Liverpool’s Premier League games at home to Sunderland and away to Aston Villa.

Liverpool turn their attentions back to the Premier League in which they face Leicester City at the King Power Stadium on Tuesday night. Kick-off is 19:45.