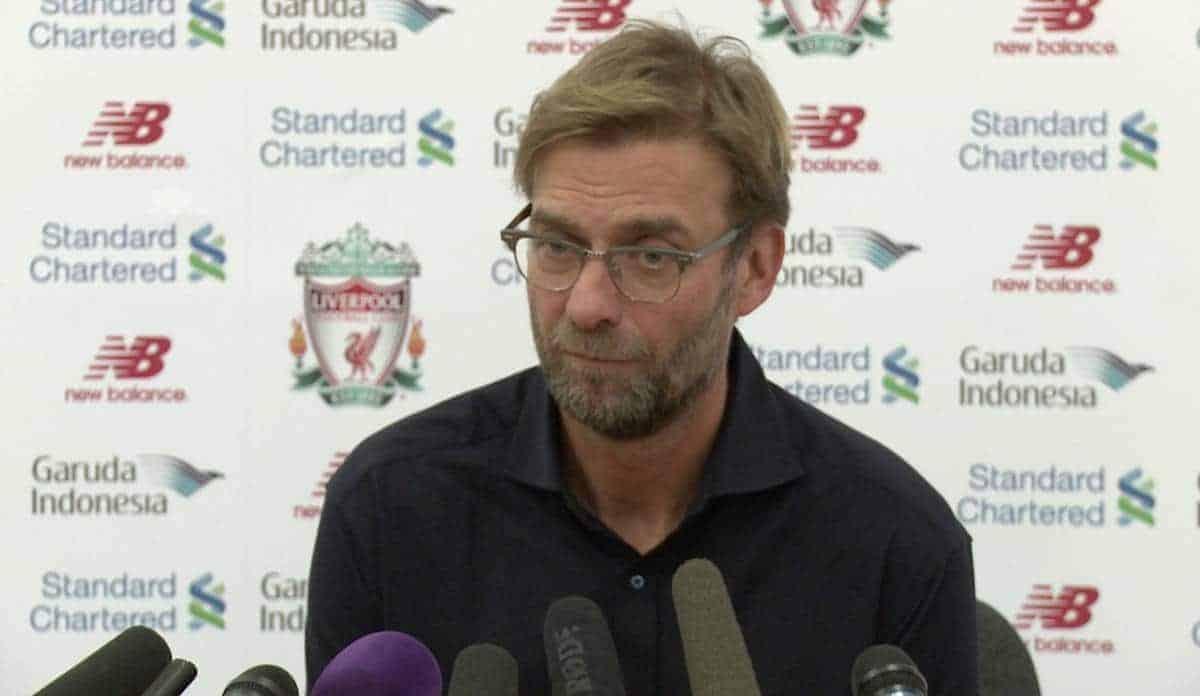 The Reds’ boss discussed the latest injury situation, confirming that Kolo Toure should be available and that Mamadou Sakho “wants to be available”.

Klopp was asked about supposed interest in Brazilian forward Pato, advising journalists not to go down that path!

The German had praise for Arsenal boss Arsene Wenger, commenting: “My respect goes up day by day. It’s really intensive to work in the Premier League.”

The boss also spoke of the “easy decision” to recall goalkeeper Danny Ward from loan at Aberdeen.