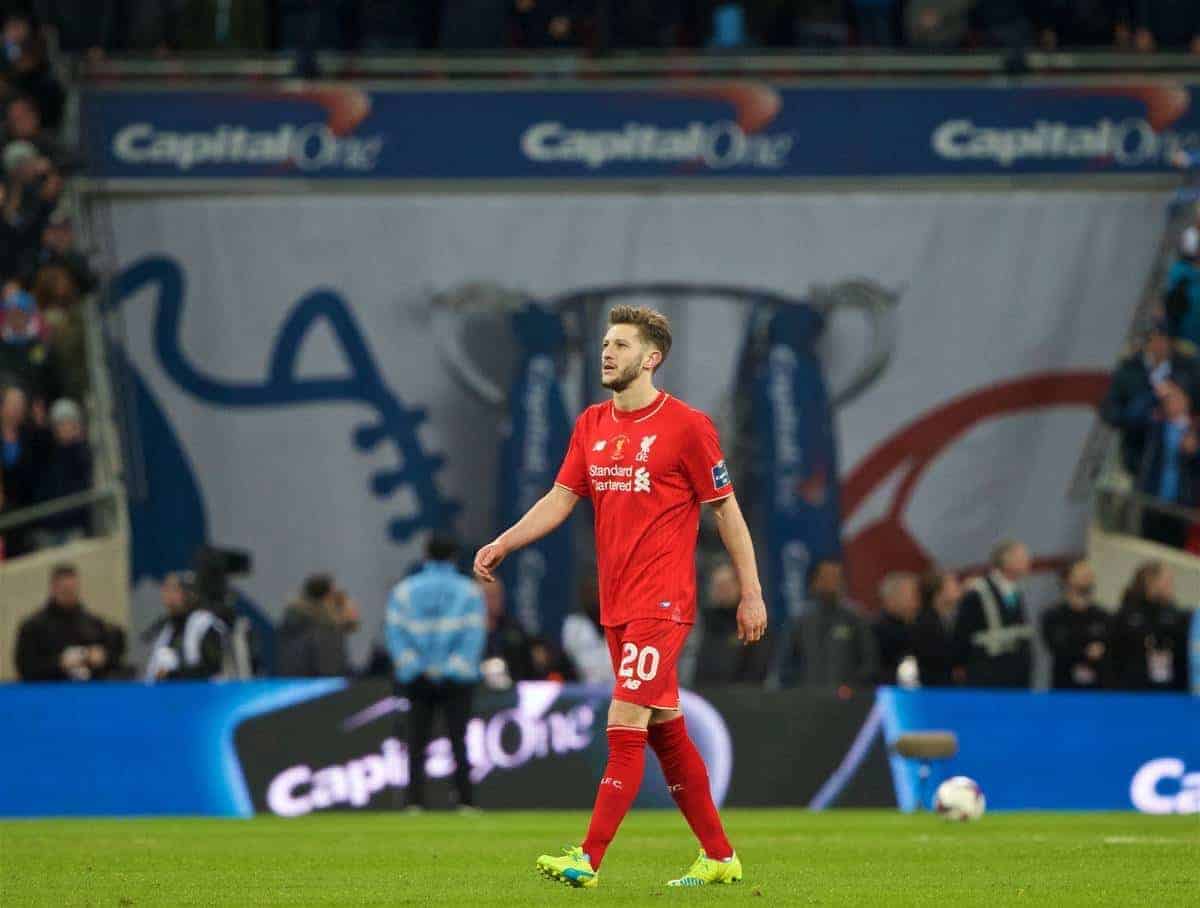 Adam Lallana admits that Sunday’s League Cup Final defeat to Man City was difficult to take, but says the Europa League represents the perfect opportunity to bounce back.

After so much hype surrounding the showdown with City, Jurgen Klopp‘s Reds were beaten in the worst possible fashion – a penalty shootout.

Lallana was one of three players to miss his spot-kick, along with Lucas Leiva and Philippe Coutinho, as the chance at securing a first trophy in four years evaded Liverpool.

The 27-year-old was understandably disconsolate after the game, but is using the Europa League as inspiration moving forward, with arch-rivals Man United their opponents in the last 16.

“I’m just gutted for the rest of the lads and the manager because we put a lot of hard work into it and losing on penalties isn’t nice,” Lallana told LiverpoolFC.com.

“We are still in the Europa League so hopefully that will give us even more incentive to push on and do well in that competition.

“A few words were said after the game, not many, but the few words was that we have got to push on now in the Europa League.

“We have got a great fixture against Manchester United to look forward to which is massive, the fans will love that, we love that and we have just got to pick ourselves up and go again.” Lallana reflected on his penalty miss in measured fashion, and simply felt it wasn’t meant to be for Liverpool at Wembley.

“To come so close to winning a trophy and going out on penalties is always tough to take. We won a couple of penalty shootouts on the run to this final and you can’t win them all,” he continued.

“Unfortunately, myself, Phil [Coutinho] and Lucas missed our penalties and we are disappointed because of that.

“I’m sure we would all go again and put our hands up to take another penalty if the opportunity comes, but it’s just disappointing the emotion that is in the dressing room, to come so close to winning a first bit of silverware for the season under the new manager.

“Everyone gave everything and we worked so hard to try and win.

“Simon [Mignolet] did keep us in it but we always looked like we were going to score, but credit to Manchester City.

“They played well and they had a few chances and Simon kept us in it, so credit to them.”

Liverpool take on United in the Europa League‘s last 16 on March 10th and 17th, but next up is a home clash with City in the Premier League.