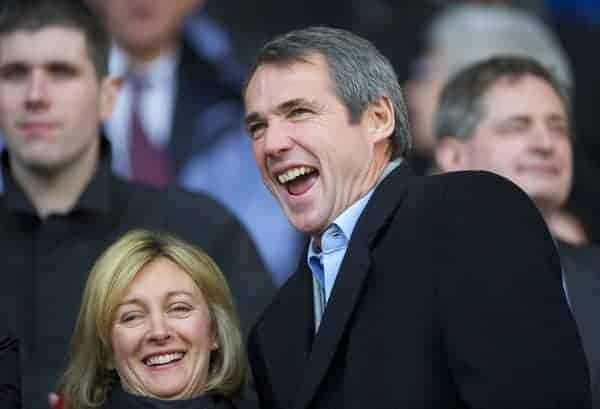 Former star Alan Hansen has offered his thoughts on what kind of investment it might take to get Liverpool back on track.

Never one to keep his opinions to himself regarding his former club, the ex-captain and star defender has already begun looking toward the summer transfer window and the 2016-17 campaign. And if his view is to be trusted, it’s going to take a lot to make the Reds competitive once more.

“You could say they need to spend £100m,” Hansen said, “but where does that get you in today’s market? If they are going to have a real go it needs to be more like £200m – but you can’t just snap your fingers and solve the problem.”

More specifically, Hansen argued that the players Liverpool currently employ are not going to win the league, so it’s going to take about five signings. It’s a little bit of a grim outlook, but unfortunately the way the 2015-16 campaign has gone makes it seem as if Hansen may have a point. It’s no secret that if the Reds want to compete for a domestic title again anytime soon, they’ll need to go on a bit of a spending spree.

The question is why an overhaul of this degree hasn’t been discussed more frequently over the last year or two. The club has seldom been shy about spending, and we know the Fenway Sports Group has money to spare, even if it’s already sunk a great deal into the goings on at Aintree.

And it’s not as if the idea that Liverpool is not currently built to win the league is a revelation. At the outset of the 2015-16 campaign, it was suggested that Brendan Rodgers was the likeliest EPL manager to be sacked before the end of the season. That sort of prediction, while based partially on the disappointment of 2014-15, was indicative not only of a loss of faith in his coaching ability, but also on a belief that the team couldn’t compete well enough to save him his job. Needless to say, the prediction was also accurate.

With the keys to the kingdom in Jurgen Klopp‘s hands, some expected a busier winter transfer window. The Reds’ new boss is certain to want to start building with players of his own choosing as soon as possible. And if Alan Hansen’s projection for what Liverpool needs to spend winds up anywhere near accurate, Klopp’s summer activity could be fascinating indeed.

It’s still a little early to accurately predict what that activity will actually look like. But recent rumours have Liverpool in the mix for a range of talented players including Malaga’s Ignacio Camacho, Borussia Dortmund’s Marco Reus, and others. Even Alex Teixeira is still coming up despite his move to China.

We’ll find out in a few months just how much the club is willing to spend to catch up to the top tier of the Premier League. And if it’s anywhere near what Hansen suggests, we’ll learn how creative Klopp can truly be.