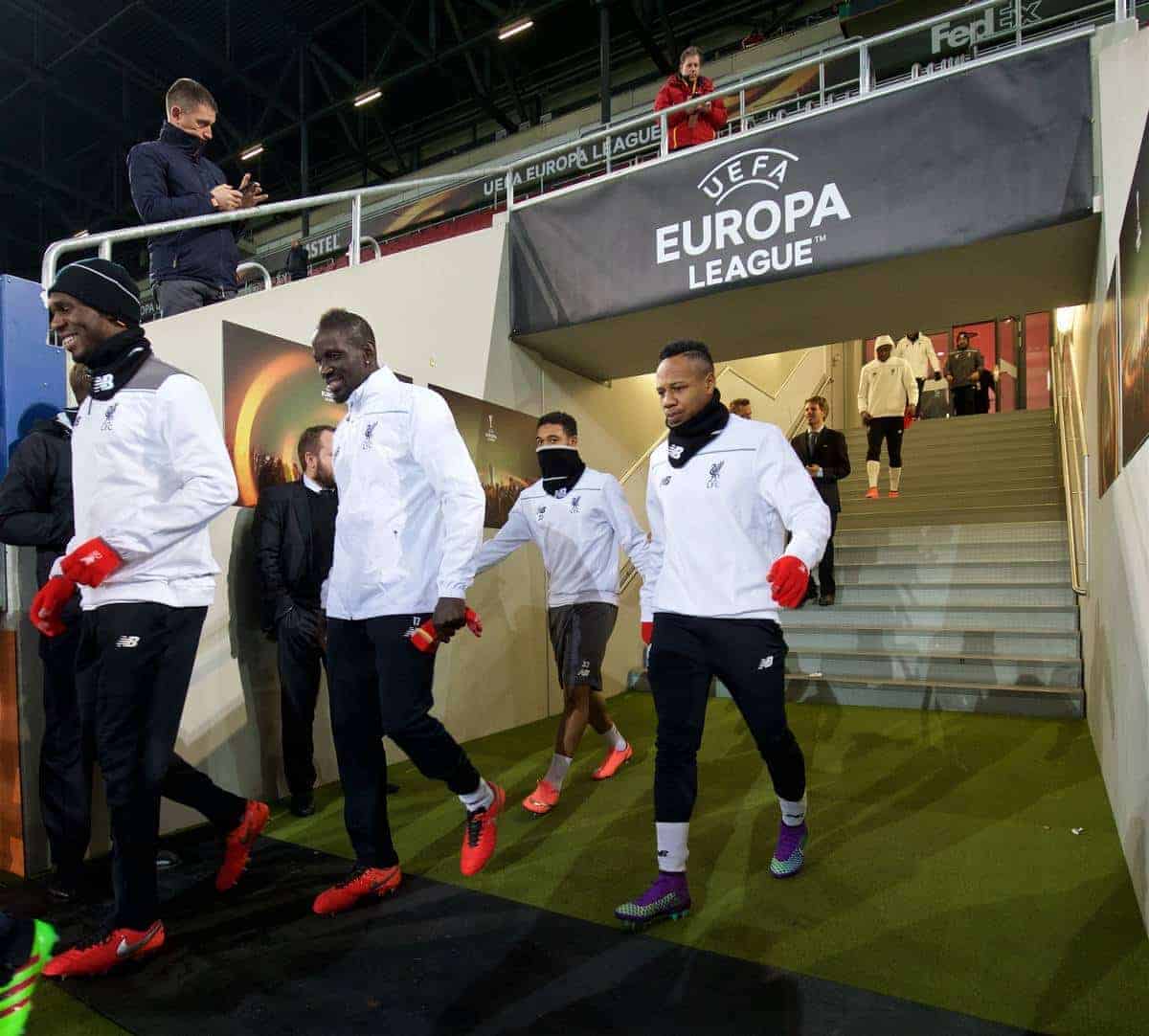 Liverpool face struggling Bundesliga side FC Augsburg on Thursday evening, in the first-leg of their Europa League last-32 showdown.

Jurgen Klopp‘s side should be brimming with confidence ahead of their latest European adventure following Sunday’s 6-0 destruction of Aston Villa.

There were so many positives to take from the game, and having Philippe Coutinho, Roberto Firmino and Daniel Sturridge all playing together for the first time made Liverpool look like a completely different team.

Sturridge, in particular, has an unrivalled influence and if the 26-year-old can stay fit between now and May, the Reds could go far in the Europa League.

With their Premier League campaign ultimately doomed, and the League Cup Final imminent, European football may well take precedence as the season ends – offering a route into next season’s Champions League.

An out-of-form Augsburg await, sitting 14th in the German league, in a tie that Liverpool are favourites to progress in. This is the first time in history that the two sides have faced each other. As mentioned, the Reds are fresh off the back of that mauling of Villa last weekend, but it has not been plain sailing for Klopp’s men in 2016 so far.

An FA Cup defeat to West Ham and a sloppy home draw against Sunderland in the league preceded that, outlining how inconsistent Liverpool have been this season.

There is a feeling that, had the Coutinho-Firmino-Sturridge triumvirate been fit all season, Liverpool would be in the top-four reckoning. It is hard to disagree.

The fluency and attacking threat that they give the side is enormous, and suddenly less talented players around them look effective too.

Augsburg, meanwhile, have endured a stuttering Bundesliga campaign, and currently lie 14th in the table.

They were dispatched of 3-1 at home to a Robert Lewandowski-inspired Bayern Munich on Sunday, and lost 2-1 at home to FC Ingolstadt in their previous league match.

Markus Weinzieri’s side have failed to win in 2016 to date, and just 21 points in as many Bundesliga games outlines how disappointing they have been in 2015/16.

Their current woes can only bode well for Liverpool.

Although the Reds are the away team, they are clear favourites to head home from Germany with a first leg lead in the bag.

They are 11/10 for the victory, which highlights the fact that it is far from a given, while Augsburg are 12/5 to win.

The draw is also 12/5, and depending on how strong Liverpool’s starting line-up is, that could be the best value-for-money bet on the night.

In terms of the overall tie, Liverpool are strong favourites to progress at 1/3, with the Germans 11/5 to make it through to the last-16.

There is a good chance that Klopp could name the same eleven that thrashed Villa, seeing as there are no FA Cup commitments this weekend.

Liverpool will have a week-long break until the second-leg, so making few changes makes total sense in a lot of ways.

Adam Lallana is missing with a calf injury, but Lucas Leiva could return to the team after shaking off a hamstring problem. Martin Skrtel is also still on the sidelines. Dejan Lovren has missed the trip due to a family illness and has traveled to his homeland, Croatia.

Augsburg have no injury concerns of note ahead of the showdown, with key figures such as Raul Bobadilla, Caiuby and Ragnar Klavan all fit.

Thursday’s game is live on BT Sport Europe from 8pm – straight after Tottenham‘s tough-looking trip to face Serie A side Fiorentina.

TEAM: Unchanged or 3 changes? – Predicting Liverpool’s line up vs. Augsburg

QUOTES: Klopp on returning to Germany for biggest game in Augsburg’s history