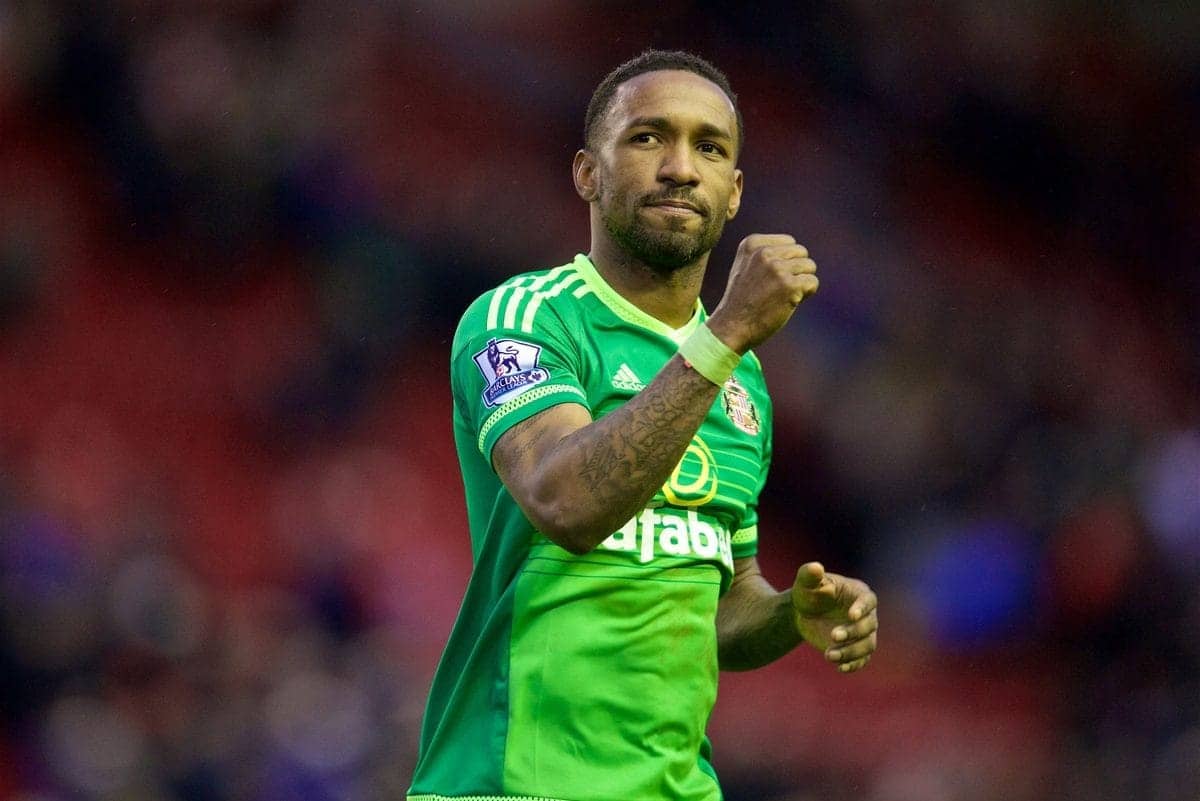 Another weekend of Premier League action brought surprise results and an Anfield protest, with much to debate as the season rumbles on.

Goals from Adam Johnson and Jermain Defoe put a further dampener on an emotional day at Anfield on Saturday, as flocks of supporters left the stadium in protest of the club’s new ticketing structure.

The Reds voting with their feet remains the key takeaway from this latest Premier League weekend, but in terms of results, there is much more to focus on.

Leicester City secured an invaluable 3-1 victory away to Manchester City on Saturday, further strengthening their claims to the title come May, while Tottenham Hotspur and Arsenal kept up the pace with wins over Watford and Bournemouth.

In the race for the top six, Everton defeated Stoke City 3-0, while Southampton continued their resurgence in form with a 1-0 victory over West Ham United, and at the other end of the table, Aston Villa and Newcastle United both secured three priceless points.

Here are five talking points from the latest round of Premier League encounters.

Mourinho the Right Man for United?

Sunday’s evening clash between Chelsea and Manchester United was dominated by the looming spectre of Jose Mourinho.

For one club, his presence still hampers a muted campaign; for the other, he is the No. 1 target, with Louis van Gaal’s future still in the balance as the Red Devils push for top four.

Before the game, Van Gaal was forced to vehemently deny speculation suggesting Mourinho had been in talks with the club, but conceding a late Diego Costa goal in a 1-1 draw at Stamford Bridge, his side continue to pile on the pressure.

But is Mourinho really the right man for United?

Do United not want to move forward, and avoid the Portuguese’s toxic brand of short-term management?

Of course, it would be great to watch them sink further, but one has to question the judgment of United’s hierarchy if Mourinho is appointed.

For so long, Spurs were the Premier League‘s perennial also-rans; flirting with top-four success, but falling at the last hurdle due to some indecipherable mental fragility.

Now, that club may become Liverpool, and under Mauricio Pochettino, Spurs continue to stake their claim for a remarkable finish in 2015/16.

Kept at bay by the inspired Heurelho Gomes for much of Saturday afternoon’s clash at White Hart Lane, Spurs needed to win ugly to surpass a strong Hornets side.

It took the intervention of Dele Alli in the second half to seal victory, but there was a sense of inevitability about the result.

Spurs now sit comfortably in second, a point clear of third-placed City and three ahead of Arsenal, and their grip continues to tighten on the top four—could they even be title contenders?

Glance over the Premier League‘s top scorers so far this season, and a familiar name finds himself among the English top flight’s bright young things: Defoe.

Defoe is almost singlehandedly propelling Sunderland‘s relegation fight, and the 33-year-old continued this with a powerful strike at Anfield on Saturday afternoon.

Having left Spurs for Toronto FC in 2014, this seemed like a far-flung fantasy for the striker.

But the Black Cats took a punt on his experience last summer, handing him a deal worth up to £70,000 a week—it was a big risk, but it heralded a significant reward.

Defoe has now scored 10 goals in 21 league appearances this season, and if Sunderland are to beat the drop this will be why.

Leicester are another side that have discovered the value of a confident, fit and firing striker this season, and with Jamie Vardy leading the goalscoring charts with 18 goals, the Foxes have moved quick to tie him down for the long term.

The England international signed a new contract on Saturday, believed to be worth a remarkable £80,000 a week, keeping him at the club until the end of the 2018/19 season.

With the striker turning 29 last month, this is a bold move by the Foxes, but with Vardy in his prime as Claudio Ranieri’s side push for an unprecedented title success this season, it is arguably justified.

Leicester cannot afford to lose Vardy to a top-four rival in the summer, and have taken precaution by tying him down before they seal Champions League football.

“I made it very clear I wanted to stay,” John Terry told Sky Sports on Sunday, when asked about his contract situation at Chelsea.

“It’s a difficult one. The club is the most important thing. There is no communication between me and the club at the moment.”

Sound familiar? Terry’s current predicament at the north London club is eerily similar to that of Steven Gerrard at Liverpool last season, with Chelsea seemingly content to move away from the Terry era.

As with Gerrard and Liverpool, Chelsea are making a sensible move by bringing an end to Terry’s long spell at Stamford Bridge—no doubt MLS will find a home for the 35-year-old next season.