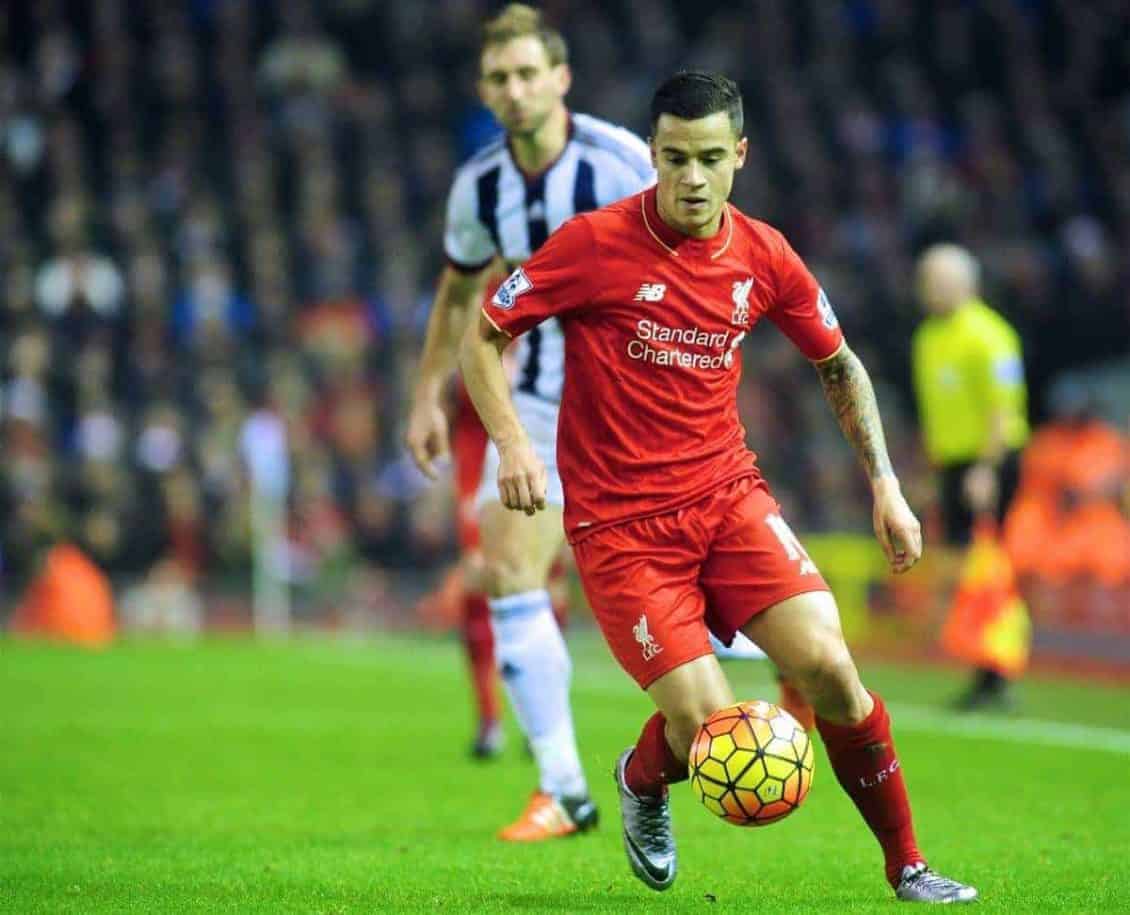 As the Reds prepare to take on West Ham United in the FA Cup, we take a look at how Liverpool could line up for their fourth-round replay.

The two teams meet for the fourth time this season on Tuesday night, with the Reds looking to record a vital first win over Slaven Bilic’s side.

After making a quick recovery having had his appendix removed on Saturday, Klopp is set to make a welcome return to the dugout.

The German confirmed in his pre-match press conference that a “different” Liverpool team to previous games is likely to be named for the replay, with some welcome injury returns giving him more room for manoeuvre.

Klopp is set to name a “different” and potentially much stronger team with returning injury absentees giving the German fresh legs to introduce.

That could see a change of shape to accommodate returning duo Coutinho and Sturridge, with the Brazilian able to play in midfield and the England striker alongside Benteke.

With Caulker and Smith coming into the back four and Lucas joining Stewart after being benched at the weekend, a strong Reds side could look like this at Upton Park: However, Klopp could decide against starting the fit-again duo, as well as Origi, instead keeping them in reserve as game-changing substitutes, if needed.

With that in mind, Klopp could name a fairly strong XI, with Ward and Flanagan coming in to allow Mignolet and Nathaniel Clyne a rest, and Ibe and Sheyi Ojo playing wide roles in the attacking unit in support of Benteke.

Those alterations could see Liverpool line up like this come 7:45pm kick-off time: With a miserable season needing to be kept alive with cup success, the Reds must kick-start a bumpy opening to their journey to Wembley by booking a place in the fifth round.