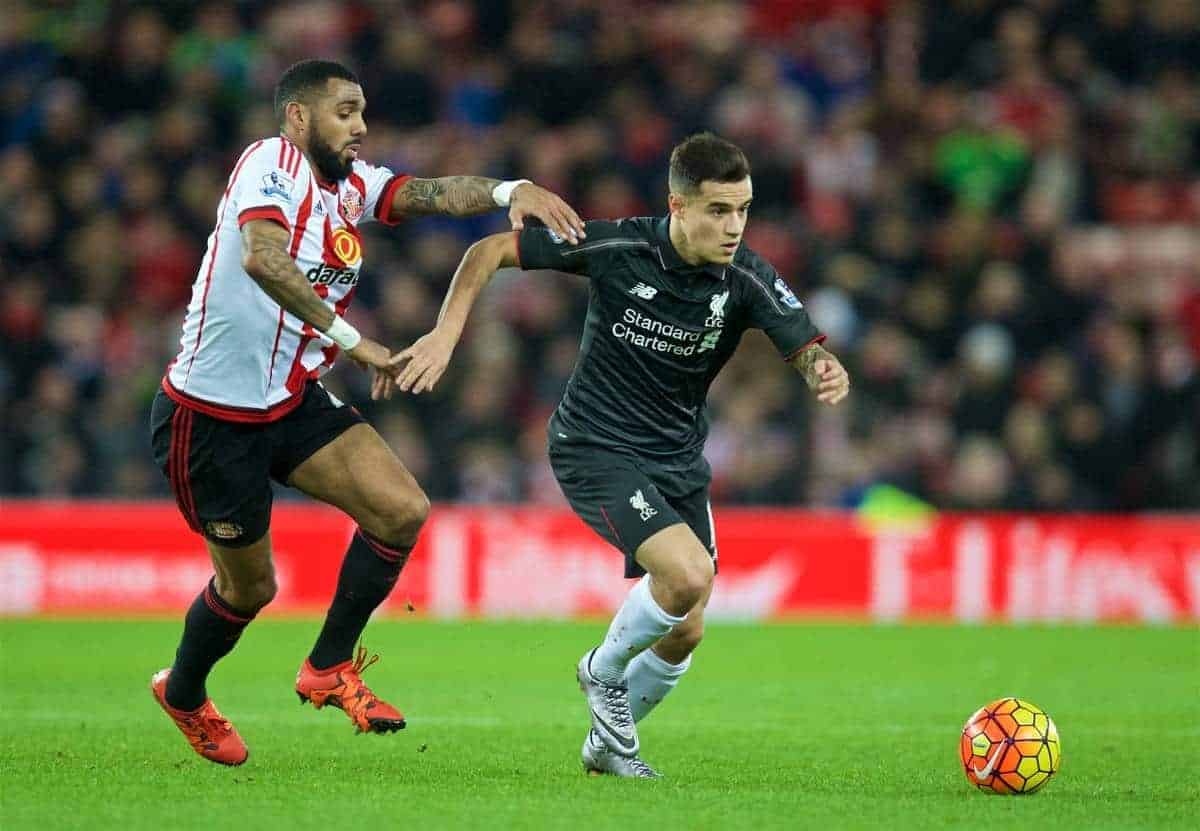 Jurgen Klopp‘s first-team squad is set for a major boost this week, with Philippe Coutinho among those returning to training after injury. Coutinho was among a number of first-team stars on the treatment table throughout January, having suffered a hamstring injury in Liverpool’s League Cup semi-final first leg against Stoke City.

But as the January transfer window comes to a close with Klopp unlikely to make any late moves, the Brazilian’s return—among three others—can be seen as like a new signing.

Coutinho will be joined by Daniel Sturridge, Divock Origi and Martin Skrtel as Klopp prepares his side for another busy month.

Addressing reporters on Monday afternoon, Klopp explained “these are our transfers!”

“Closer. They are close to a return to training,” he said.

“Martin needs two or three days more. Divock and Phil and maybe Daniel should return to training [this week].

“Daniel on Wednesday, the other two guys on Thursday, Martin I think on the weekend.

“These are our transfers! It’s good for us, of course.

Jordan Henderson is also likely to come into contention this week, having missed Saturday’s 0-0 FA Cup fourth-round draw at home to West Ham United with a heel problem.

The return of Coutinho, Sturridge, Henderson, Origi and Skrtel will leave only Klopp’s long-term absentees out of action.

Danny Ings and Joe Gomez are both set to miss the rest of the season with ACL injuries, while Jordan Rossiter is also out with a troubling hamstring injury.

Liverpool take on Leicester City at the King Power Stadium on Tuesday night, in an important top-four battle.

But while Henderson should feature, Klopp is likely to be without the rest of his returning stars as he takes a cautious approach to their rehabilitation.