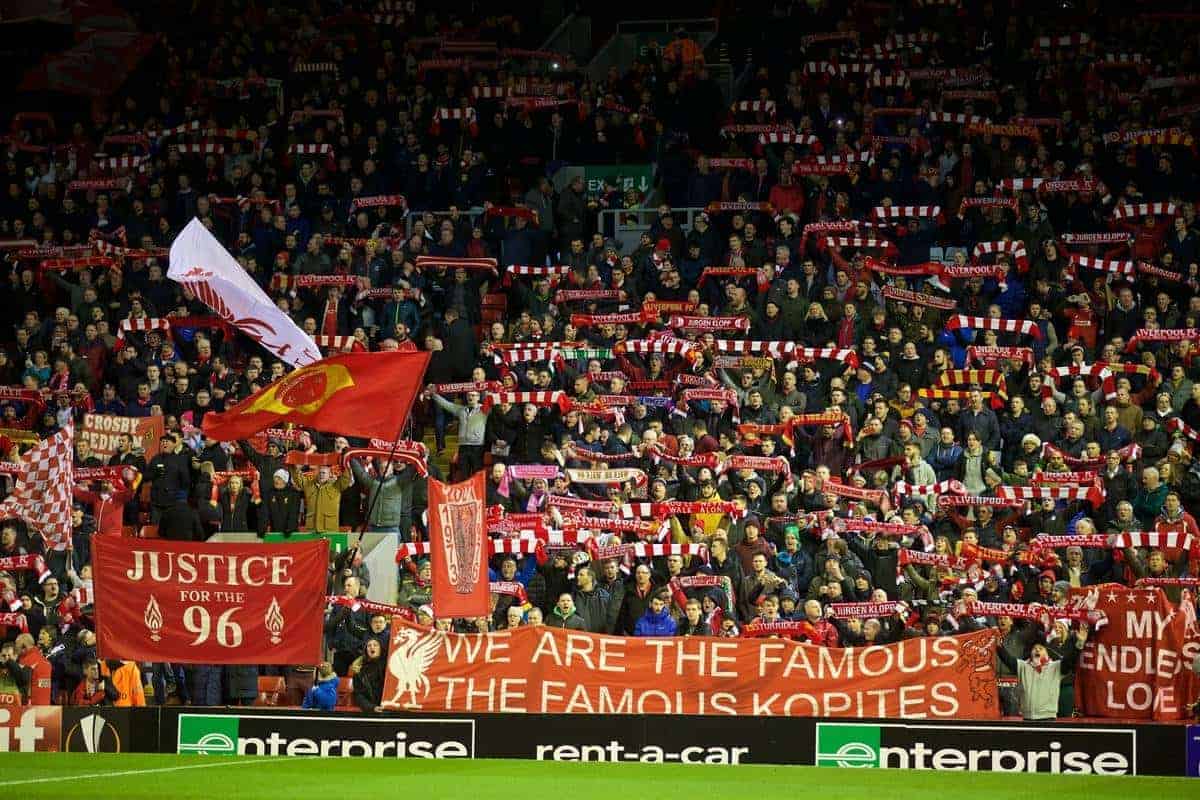 An early penalty from James Milner secured Liverpool passage to the last 16 of the Europa League with a 1-0 win over Augsburg. Milner sent the ball past Augsburg goalkeeper Marwin Hitz in the first five minutes to seal the Reds’s latest Europa League victory, but it wasn’t quite plain sailing for Jurgen Klopp‘s side.

After a dominant start from a Liverpool attack featuring Philippe Coutinho, Roberto Firmino and Daniel Sturridge, Augsburg grew into the contest.

It went down to the wire, with Augsburg manager Markus Weinziel sending on a number of attackers in the closing stages, including star striker Raul Bobadilla—but, fortunately, to no avail.

Many focussed on the positive performances of Coutinho, Firmino and Sturridge in attack…

Didn't directly yield a goal, but the Coutinho-Firmino-Sturridge trifecta showed glimpses of an emerging synergy

First half we saw how good Firmino, Coutinho and Sturridge can be. We didn't finish off the chances but the football was brilliant at times.

“Lot of nice moments, plenty of good opportunities, and a glimpse of what could be if Sturridge, Coutinho, and Firmino can stay fit and on the pitch together.”
– ubermick on the forums.

Get in. Job done. Attacking trio were electric at times and surely will only get better the more time they have together.

Shoulda been done and dusted earlier in the game!Thankfully seen it through nervously!to get further we need to be far more clinical.Ynwa

Job done, but that was poor. So many chances to score a second goal. #LFC

“Well, we have seen some great attacking play, but finishing wasn’t quite as good…
It’s just a shame that after a game like this, in the end, the penalty is what made the difference, should’ve scored 2 or 3 goals at least.”
– johnny-mne on the forums.

Klopp saying what we're all thinking when asked about Liverpool's lack of goals, hopes his side are "saving them for the final." #LFC

Many showed their respect for a strong Augsburg following, who stayed at Anfield long beyond the final whistle…

Even in defeat @FCAugsburg are a credit to themselves and the club pic.twitter.com/2tehOOW7sC

Augsburg in many ways the winners as well. Gracious in defeat. Their presence has been felt. For a club of their expectations. Wow. #LFCFCA

Have so much respect for Augsburg and their fans! So full of class! Wish you nothing but the best for the future @FCA_World! ??

Augsburg is a quality club. Been excellent since the day we got them in the draw.

Crucially, however, most supporters were simply relieved to make it through, with eyes now turning to Sunday’s League Cup final…

“We’re through, that’s what matters. Hopefully we play better on Sunday.”
– shankly96 on the forums.

Massive relief getting through. Not amazing play but we still won. Now we take home the cup Sunday and that'll be it.#LFC

Liverpool take on Manchester City at Wembley Stadium on Sunday afternoon, looking to seal the first piece of silverware of Klopp’s reign on Merseyside.