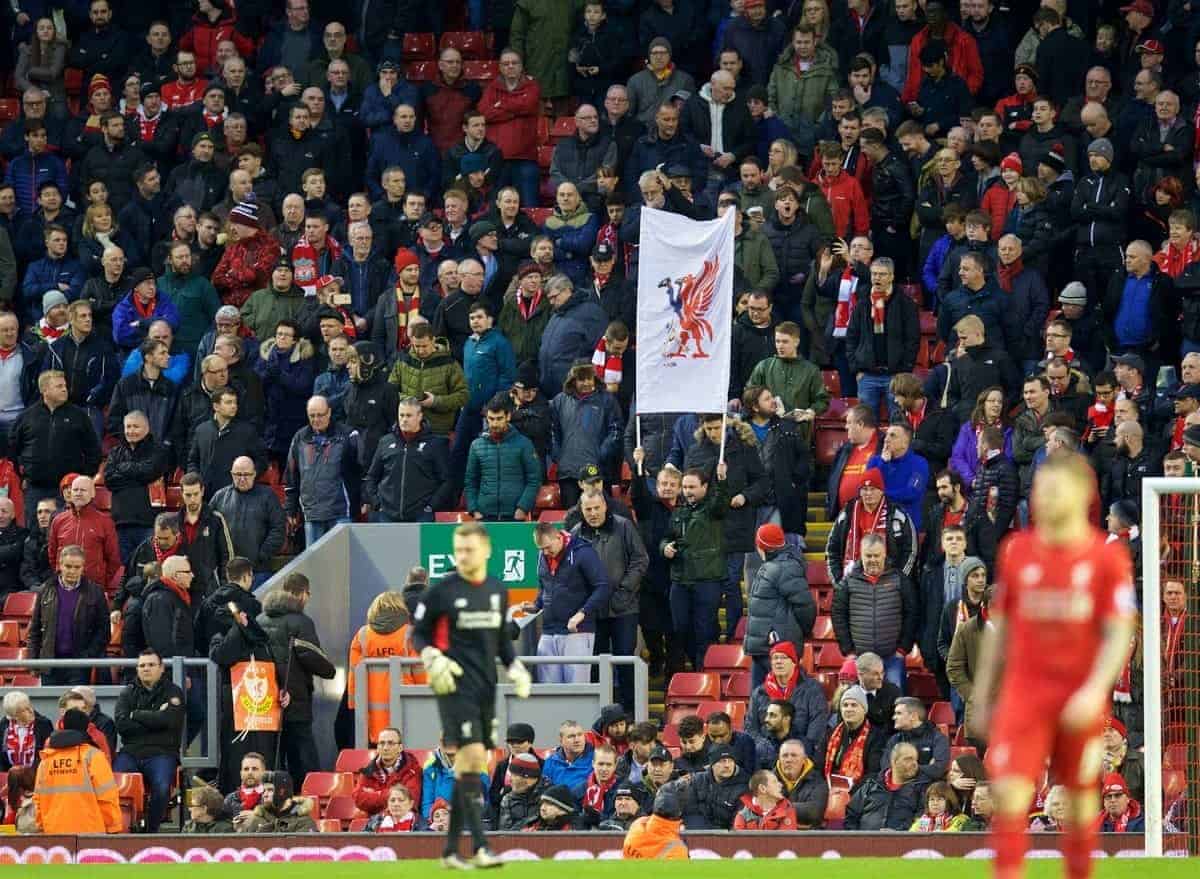 Though he was not there to witness it, Jurgen Klopp has recognised Saturday’s walkout protest at Anfield as a turning point for the club and its supporters.

Klopp was absent from Liverpool’s 2-2 draw with Sunderland on Saturday, but as he discussed the ramifications of 10,000 supporters flooding out of the stadium on the 77th minute, it was clear that he appreciated their stance.

In protest of the club’s new ticket pricing structure, with the most expensive single ticket costing an incredible £77, the red half of Merseyside have made their feelings known.

Speaking to reporters on Monday afternoon, Klopp highlighted this as a “sign,” and called for compromise from the club.

“There is always a reason for a situation like there was on Saturday,” he said.

“But it was a sign on Saturday and I think it was easy to understand. That is the good thing with signs.

“Now we have to talk about it.”

The reaction to Saturday’s protest is exactly what supporters hoped for, with near-unanimous backing of their stance from ex-players, fellow supporters from around the Premier League, and now Klopp himself.

Fenway Sports Group, the club’s owner, have undergone emergency talks as a result, and Klopp will be hoping a resolution can be found.

“We understood the sign—I think—and now we look for a solution,” he continued.

“We should talk about this, with as much people as possible and hopefully in the end find a solution that everyone can be satisfied with.

“It is really rare that you find a solution where everybody says, ‘Yes!’ You have to make compromises. That’s how it is.”

However, while Klopp took a diplomatic approach in his role as manager, former Liverpool centre-back Jamie Carragher, who took part in the protest, admonished the club’s greed in his column for the Mail.

“All this for the sake of £2 million for the ninth richest club in the world! That would not make the slightest difference when it comes to negotiating for a player.

“If Jurgen Klopp wants to sign someone and the asking price is £2 million more than Liverpool expected, will they miss out on the player? No.

“But £2 million back in the pockets of fans? That would be huge.

“The club say that £77 gets you the best seat in the newest stand in the country but why should that be an elitist thing?

“Why can’t the normal working man have the chance to sit there? It isn’t fair.”

This is, of course, not an issue limited to Liverpool Football Club, it is an unfortunate byproduct of the Premier League‘s growing corporate greed.

But Saturday’s protest looks set to have made an impact, with supporters groups league-wide now set to discuss a wholesale walkout over an entire Premier League weekend, according to the Telegraph‘s Ben Rumsby.

This is only the beginning for the Premier League, and now FSG are left to cope with bad PR and the threat of further backlash.