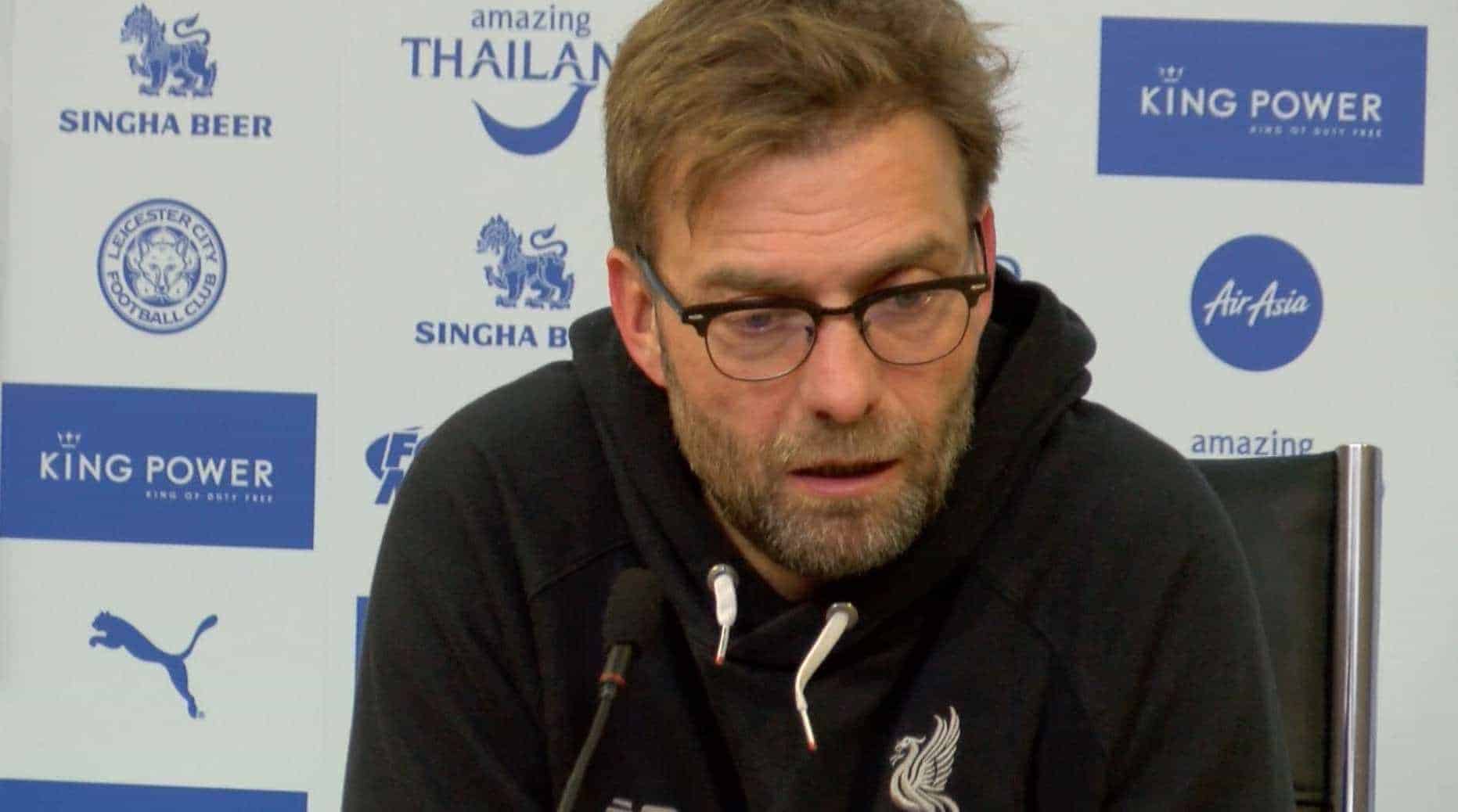 Both goals were scored by in-form Jamie Vardy, with the first a contender for goal of the season, beating Simon Mignolet from 20 yards.

“It’s nice to be in a stadium when Jamie Vardy makes the goal of the month, but not when you’re the manager of the other team,” said Klopp.

The boss felt his side’s gameplan worked, but bemoaned the decision making and finishing in the final third.

“Our plan was good, how we played. We knew about their kind of defending. We had time, we had the ball, we had opportunities.”

“The longer the game [went on], we didn’t get cooler. Decisions didn’t get better. We had the ball in their box, we didn’t shoot.”