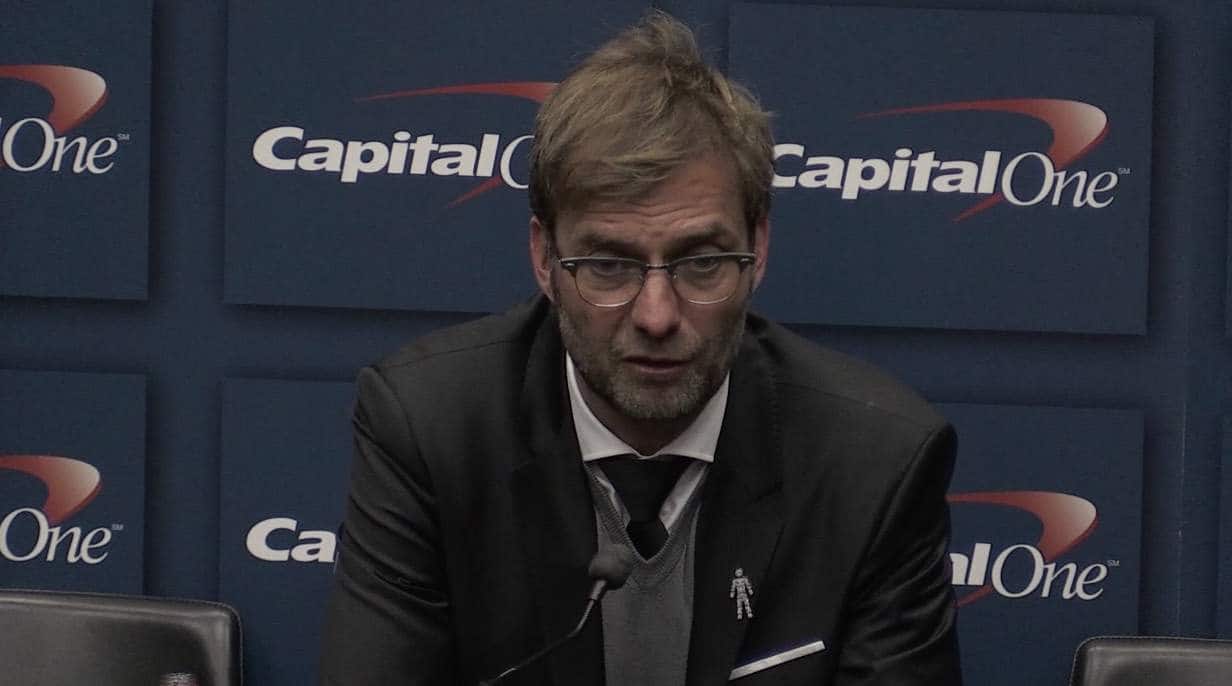 Jurgen Klopp has explained how Liverpool will build on their defeat to Manchester City in the League Cup final, and “strike back” in the future.

Much of Klopp’s success as both a player and a manager has been built on defiance, and the German will need to capture the same spirit if he is to lead his Liverpool side to success.

The Reds fell to a disappointing defeat at Wembley Stadium on Sunday afternoon, losing 3-1 in a penalty shootout against Manuel Pellegrini’s City, representing another opportunity for Klopp to build.

Speaking to reporters after the game, Klopp vowed that his side would “strike back” after this loss.

“You have to feel a defeat. You cannot say ‘I don’t care, it’s not important’,” he said.

“If I was allowed to say shit I would say shit but I’m not allowed!

“Of course we will strike back—100 percent.”

Familiar with adversity, Klopp continued to explain how Liverpool would seek success “the hard way,” with Adam Lallana suggesting that they would now turn their attentions to the Europa League.

“Don’t worry, we will go on and we will get better—we have to go the hard way, that is how it is,” Klopp pledged.

“If we carry on and work really hard, there is light at the end of the tunnel. It is really important.

With despondency seeping through the travelling support on Sunday evening, Klopp’s words could prove hugely encouraging, with the manager not willing to relent after his first major setback.