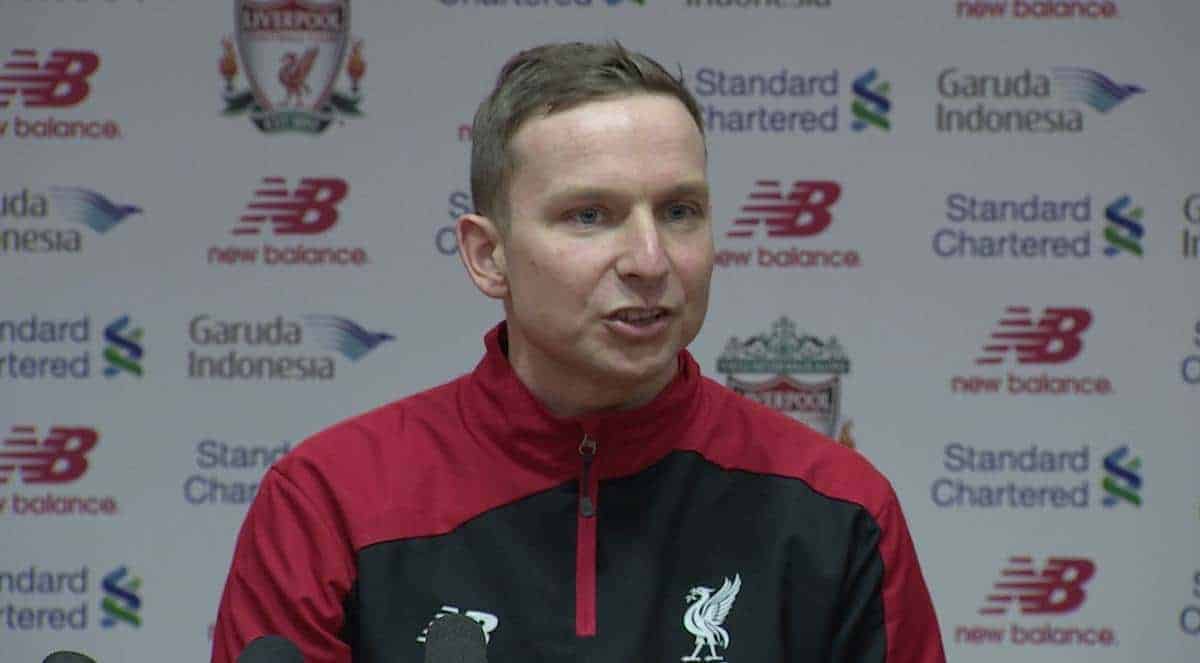 First-team coach Pepijn Lijnders stepped in for Jurgen Klopp following the 2-2 draw with Sunderland, with the manager absent due having his appendix removed.

Klopp successfully underwent the operation on Saturday afternoon, with assistants Zeljko Buvac and Peter Krawietz, plus Lijnders, taking over the team for the match.

Dutchman Lijnders discussed his side throwing away a late two goal lead, saying that the anxiety in the side is more in the final third than in defence. He did though say that the side collectively drops too deep later in games.

Asked about the fans staging a mass walkout protest on 77 minutes, Lijnders said: “We have one of best supporter groups in the world. If they want to make a statement they have every right to.

“It did not affect the players,” he insisted. “It changed the atmosphere inside the stadium but not the mentality of the players.”

Around 10,000 supporters left Anfield in the 77th minute as a response to new ticket prices – some rising to £77 – announced this week.