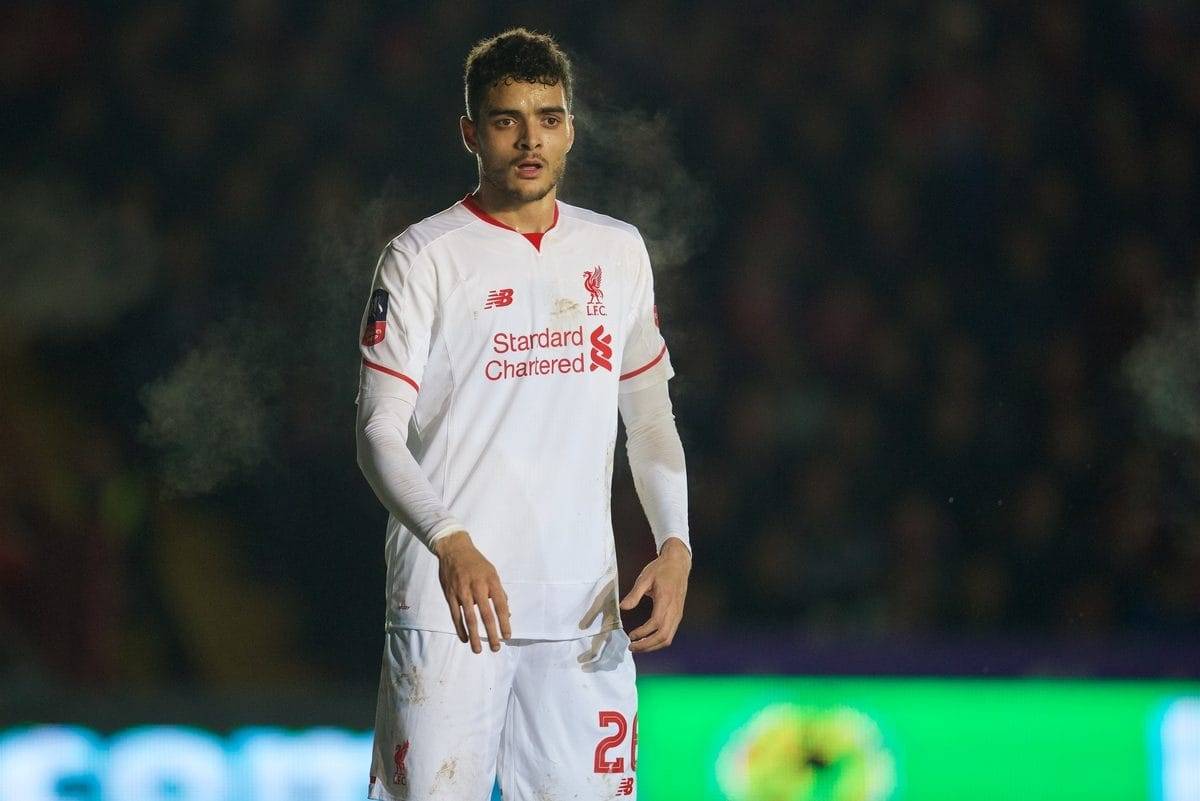 With a couple of months of the 2015/16 season remaining, there are a number of Liverpool players who may benefit from loan spells elsewhere.

On Thursday, the last ever emergency loan window closes before it is scrapped for good.

This will allow Liverpool manager Jurgen Klopp to potentially send some fringe players out on loan between now and May, in order to gain some invaluable first-team football elsewhere.

Rather than play for the U21s – who only have three games remaining this season, it would be beneficial to give several Reds youngsters a change of scenery.

Here are five who stand out, and would thrive in a spell away from Liverpool this season. Tiago Ilori’s Anfield career has been a curious one, ever since he joined for a sizeable £7 million fee from Sporting Lisbon in 2013.

The Portuguese has failed to hit the heights many expected of him, and having been recalled from his loan spell at Aston Villa in January, he is now a fixture in the Liverpool U21s.

At 23, Ilori should really be at the stage where he is playing first-team football somewhere regularly, and another loan spell until the end of the season would hopefully gain him just that.

It would appear that Premier League football is too much for him currently, but a Championship club could be keen to acquire his signature for the run-in.

Jon Flanagan‘s injury woes earlier in the campaign meant Connor Randall made a few surprise appearances for Liverpool, with Nathaniel Clyne in need of a rest from time to time.

The 20-year-old did a solid job at right-back on the four occasions he was called upon, but it was always clear that his chances would be limited.

Randall played just once for Shrewsbury Town in 2014/15, but a more extended period of playing time would benefit him ahead of next season.

Like so many youngsters at Liverpool, there is every chance that Randall could struggle to make the grade, but it would be beneficial to all parties to give him a fresh challenge.

He signed a new deal in December, so his Reds career may still have legs; it just needs a boost. When Klopp’s squad was decimated with injury, and he decided to use young players in the FA Cup, Kevin Stewart came to the fore from nowhere.

The midfielder was a relative unknown to most Liverpool supporters, but a string of mature, imposing displays in the middle of the park impressed greatly.

Unfortunately, an ankle ligament injury suffered in mid-February curtailed his progress, and he is not expected to return for another week or two.

But with the likes of Emre Can, Jordan Henderson and Joe Allen well ahead of Stewart in the pecking order, a six-week spell at a Championship side certainly wouldn’t hinder his development. Big things are expected of Harry Wilson, who in 2013 became the youngest ever player to represent Wales at senior level. It also made him Liverpool’s youngest ever international.

Now 19, the winger continues to shine for the U21s, but he also enjoyed reasonable success at Crewe Alexandra in a short spell there earlier this season.

Wilson is currently sidelined with a broken toe – a big blow to Wales’ U21s in their quest to qualify for Euro 2017 – but he should be back sooner rather than later.

As mentioned, experience from playing U21 football is clearly invaluable, but nothing can aid development like playing regular league football.

One of the most exciting youngsters at Liverpool, there were some who felt Ryan Kent could become a reliable squad member under Klopp, after the German recalled him from an impressive spell at Coventry City.

The forward has been restricted to just one solitary appearance for the Merseysiders since his return, however, which only lasted 57 minutes against Exeter City in the FA Cup.

Kent could do with a different challenge between now and the end of the season – he is too good for the U21s – and there are no negatives in sending him out on loan again.

He showed at Coventry that he is easily good enough to flourish in a lower league side, and recent links with a move to Sheffield United suggest he is the most likely to leave this month.