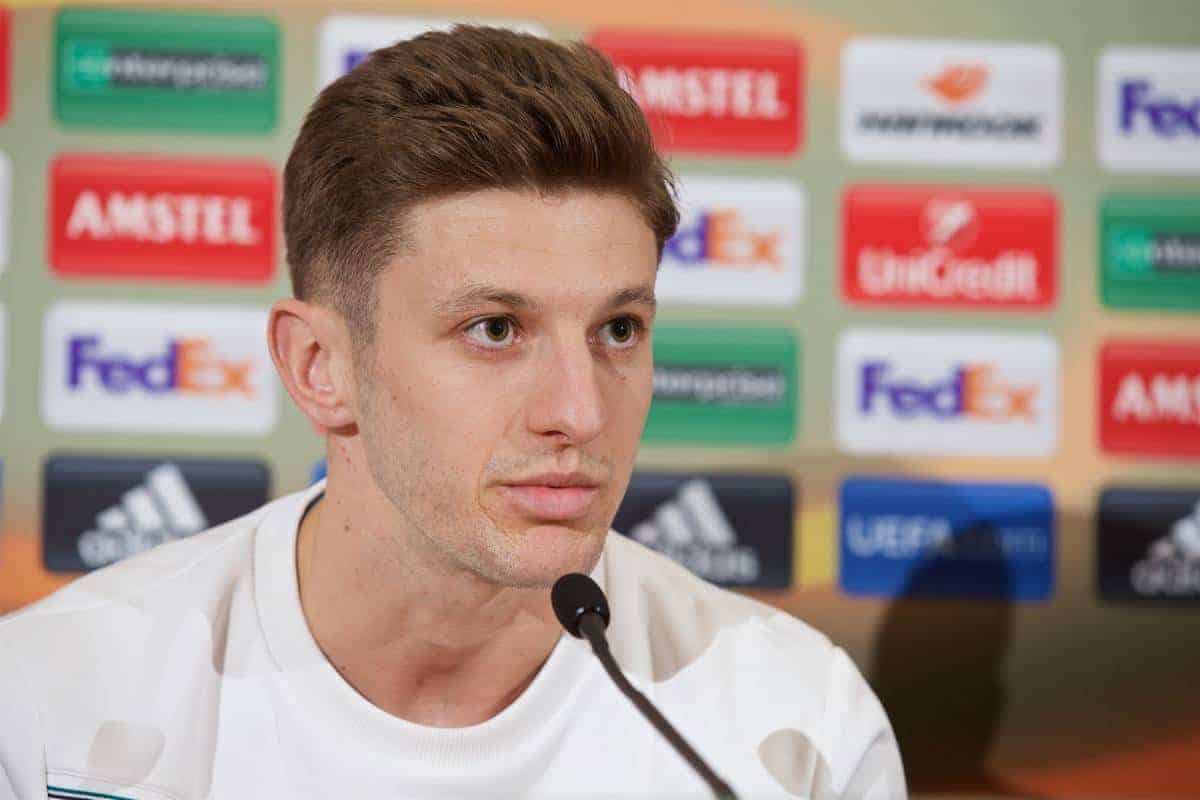 Liverpool attacker Adam Lallana believes there will be no lack of intensity when Manchester United make their first European visit to Anfield.

The two sides meet in the last 16 of the Europa League and United arrive on the back of four successive victories against their hosts.

There may be a lack of Scouse representation – Liverpool-born Jon Flanagan is ineligible as he has not been registered – while Wythenshawe’s Marcus Rashford is the only local lad likely to be involved for the visitors, but Lallana does not believe that will affect the intensity of one of the most hotly-contested fixtures in the calendar.

“Certainly we still have a few local lads within the squad but I don’t think you have to be local to realise the significance of the match,” he said.

“There are lads that have been here for years now and just being around the place in the build-up you feel the importance of the game and from the fans as well.”

Lallana has yet to win against United since moving to Anfield in the summer of 2014, having played in three of those four defeats, but he thinks they are much better placed now than before.

For instance, strikers Daniel Sturridge and Divock Origi and playmaker Philippe Coutinho will all be available on Thursday having missed January’s 1-0 home reverse.

“Since I’ve been here I’ve not won a game so it is a great challenge for the team to put that right,” added Lallana.

“There is something special which rides on a game between Liverpool and United.

“We have played well against the so-called bigger teams and got good results except Manchester United, when we have lost both games (this season).

“Sometimes you come out on the wrong end of it but luckily enough for us we have the chance to put things right and over two legs we are confident we can to do that.”