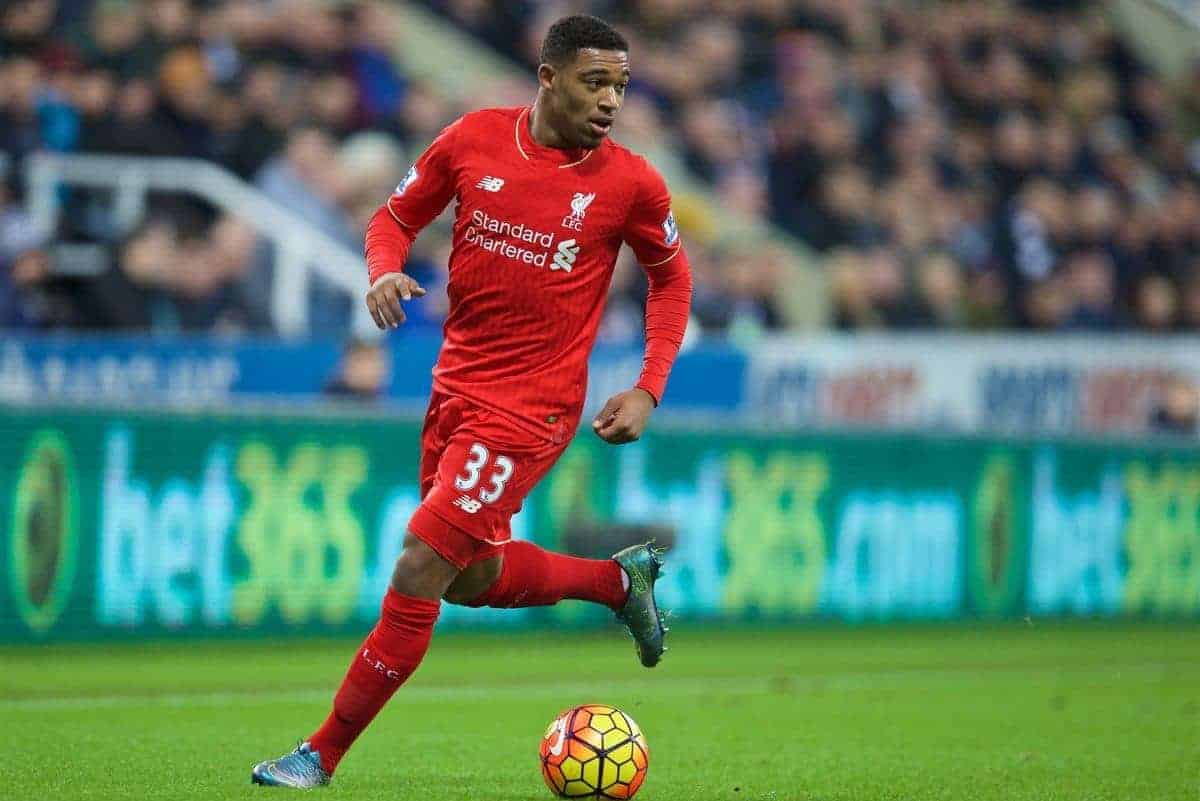 Gareth Southgate has spoken about Jordon Ibe’s stalled progression in 2016, warning a red card in the England U21s’ 1-1 draw with Switzerland could see him fall behind. Ibe was sent off for two bookable offences as the England U21s held Switzerland to a 1-1 draw in Thun on Saturday night, becoming only the third player to receive a red card in Southgate’s three years in charge.

This marks another setback in a disappointing 2016 for Ibe, who has dropping down in Jurgen Klopp‘s pecking order at Liverpool.

Worryingly, speaking after the game, Southgate suggested Ibe’s absence could see his prospects diminish even further, referencing a red card for Andre Wisdom in 2013—in Wisdom’s last appearance for the U21s.

“With any sending off it gives opportunity for other people to play and come through.

“It wasn’t my intention at that moment in time that Andre wouldn’t play again.

“However the opportunity was given up—we had John Stones and Michael Keane come in—so good players took their chances. That is the difficulty.

“We have got Nathan Redmond to come back from injury. Demarai Gray played really well in Switzerland. Duncan Watmore has got to come back.

“So there is the competition for places.

“A sending off puts you out of the side. That is the difficulty.” While it seems unnecessary to cast a shadow over a player’s international hopes over a one-game ban, the competition facing Ibe on his return provides a considerable challenge for the 20-year-old.

With the U21s a breeding ground for Roy Hodgson’s senior side, falling behind under Southgate could cast further doubt on his ability to step up.

This coincides with a spell out of Klopp’s first team at Liverpool, with competition in place of Adam Lallana ensuring Ibe has made just two substitute appearances in the Premier League since the beginning of February.

Southgate believes Ibe is suffering from a loss of confidence as a result, but rightly refused to consign him to failure just yet.

“I think players, especially at Jordon’s age, go through peaks and troughs,” he continued.

“He doesn’t look full of confidence at the minute.

“We have got to try and help him get to the level that we think we can achieve. He doesn’t look like he is in a rhythm.”

A show of indiscipline against the Switzerland U21s will not boost Ibe’s confidence any further, and the winger faces a challenge to regain his place for both his club and his country.

This could come as a warning shot for Ibe, who needs to improve significantly over 2016.