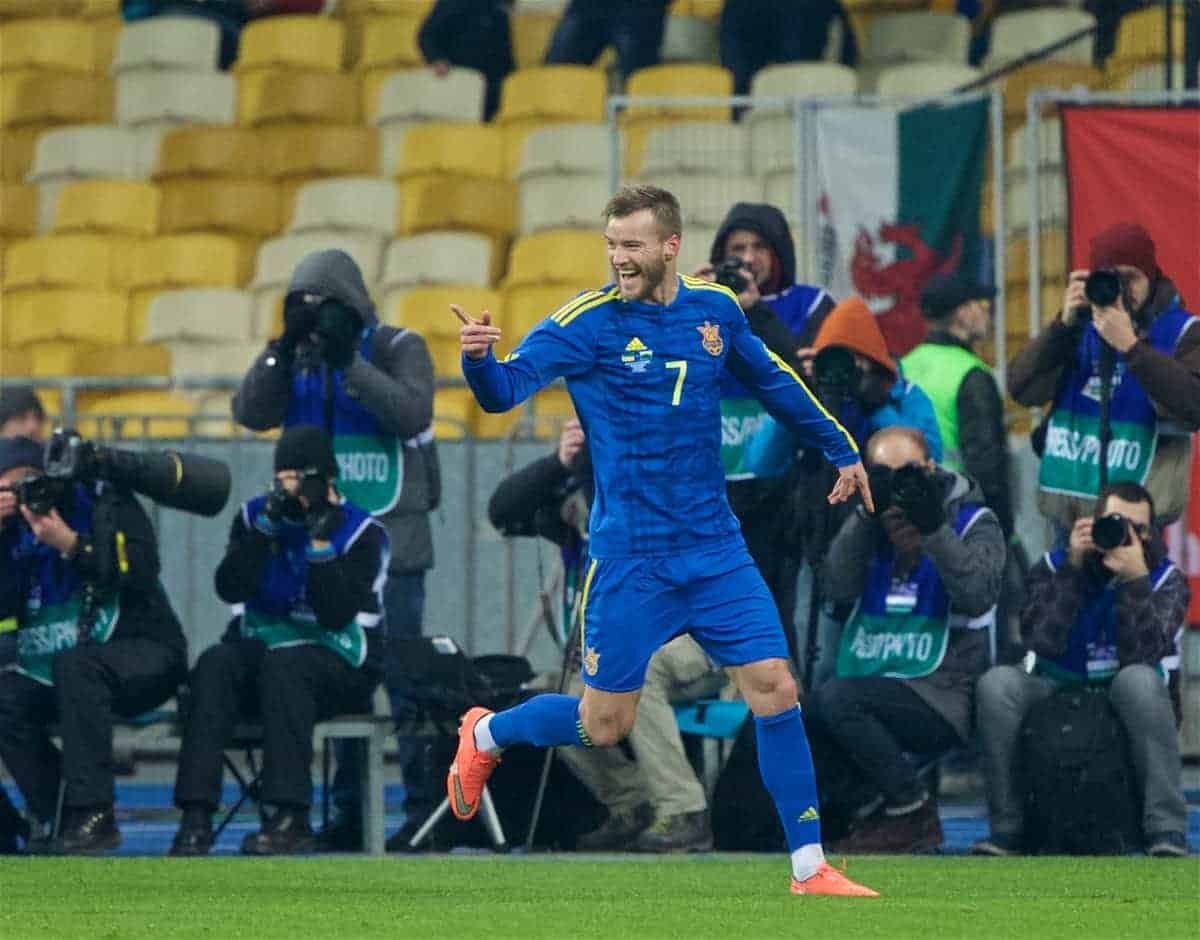 With Andriy Yarmolenko advised to move to the Premier League by Ukraine manager Mykhaylo Fomenko, Liverpool are said to be among the clubs interested.

Yarmolenko has been heavily linked with a move to England over recent transfer windows, and was most recently rumoured to be on the verge of a move to Liverpool’s rivals, Everton.

But having remained with Dynamo Kyiv for the 2015/16 campaign, the winger has been implored to move to the Premier League.

According to the Independent‘s James Orr, comments from Fomenko during the international break have put Liverpool, Arsenal and Tottenham Hotspur on “red alert.”

“If he is wanted by the top English clubs then, yes, he can show his best in the Premier League and he must do this,” Fomenko said.

Yarmolenko most recently scored the winning goal in the Ukraine’s triumph over Wales on Tuesday night, but has been in fine goalscoring form throughout his time in Kyiv’s first team.

This season, the 26-year-old has netted 15 times in 28 appearances, adding nine assists, bringing his Kyiv tally to 110 goals and 73 assists in 289 games.

Coming predominantly from the right wing, this is an exceptional output, bringing Yarmolenko’s value to a reported £25 million this summer. With Jurgen Klopp looking to add quality to his wide areas this season, a move for Yarmolenko would be advised.

A proven, top-level winger, with considerable European experience, Yarmolenko would likely make a swift adjustment to life in the Premier League.

Blessed with pace and skill in abundance, Yarmolenko is given add edge over his contemporaries by his unorthodox, 6’2″ frame, with a rare athleticism similar to that of Gareth Bale.

Despite his hefty price tag, Yarmolenko would be a great signing for Liverpool this summer.

However, a potential move for Bayern Munich’s Mario Gotze casts doubt over Orr’s claims, with the 23-year-old likely Klopp’s priority target in addressing the paucity of quality on his right flank.

Signing both Yarmolenko and Gotze would boost Liverpool’s attacking line considerably, but there could only be room for one in Klopp’s transfer plans for 2016/17.