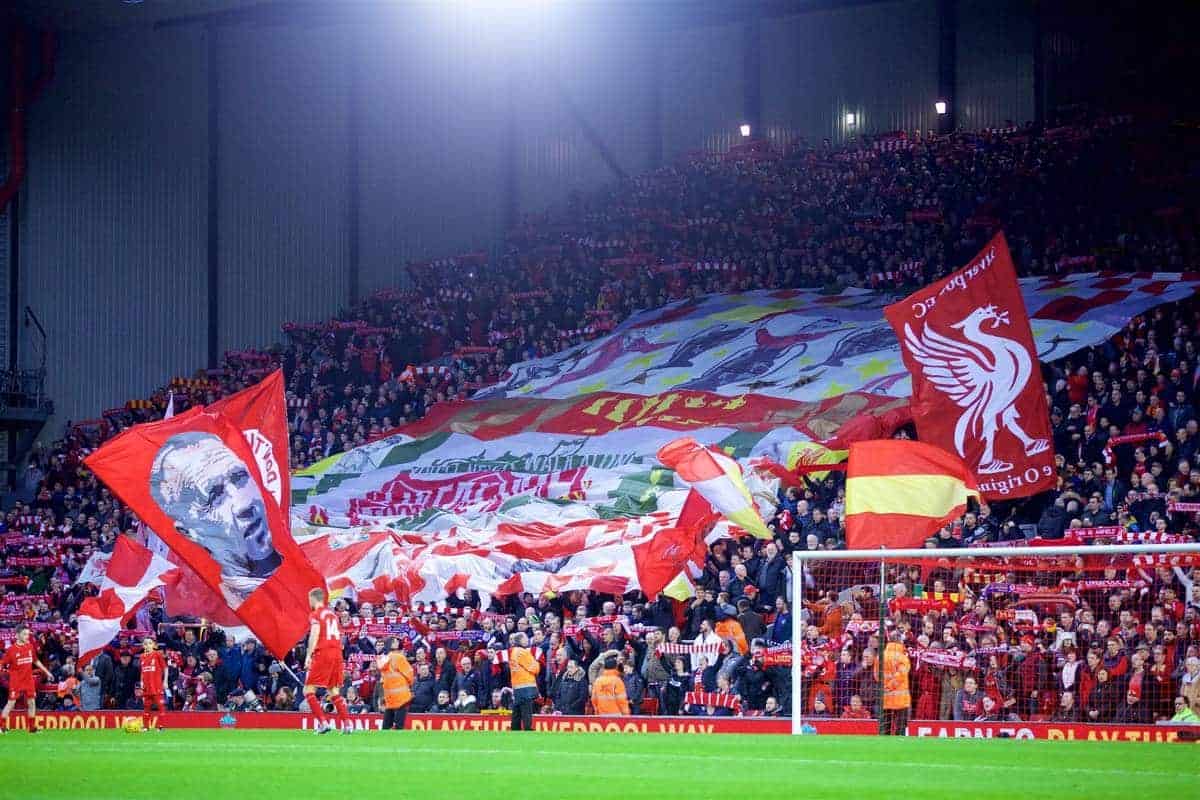 Liverpool supporters group Spion Kop 1906 have urged fans to make Anfield a sight to behold for the visit of Man United. The Reds take on their bitter rivals in the Europa League last-16 on Thursday evening, in what is sure to be an atmospheric occasion.

It will be the first time that England’s two most successful clubs have met in Europe, which adds spice to the occasion – that and the lure of Champions League football for the winner of the competition.

Anfield has been criticised for its lack of atmosphere in recent years, with ageing fans, day trippers and various other excuses cited as the reason behind it.

‘Spion Kop 1906’ took to their Twitter account on Tuesday, calling for the supporters to make the famous stadium come to life on Thursday night.

Let's make Thursday the best Anfield has been in a long time. Get in early with flags, banners and scarves. pic.twitter.com/JKF952IA53

“Let’s make Thursday the best Anfield has been in a long time. Get in early with flags, banners and scarves,” it read.

We have all seen firsthand how big a part the Anfield crowd can play on big European nights, with no other club in the country capable of producing such a ferocious atmosphere.

Barcelona, Real Madrid, Juventus, Inter Milan, Chelsea and Arsenal have all been defeated on Merseyside since the turn of the century. Plenty of great players have admitted the Anfield atmosphere played its part in those games.

The hope is that United will suffer the same fate, especially if Louis van Gaal has to field a few youngsters on the night.

Hopefully fans will get in the ground early, bring their flags, scarves – and voice.