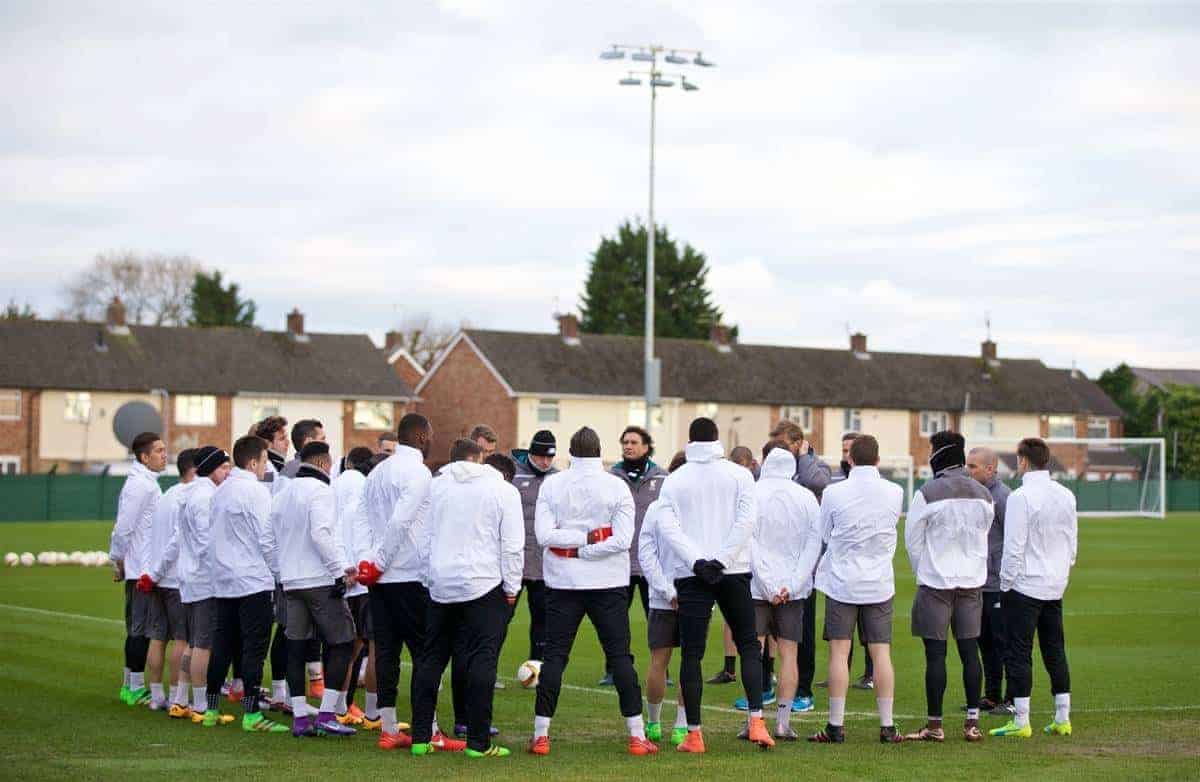 The Liverpool squad trained at Melwood on Wednesday afternoon ahead of the Europa League first leg tie against Man United.

As the sun set on Merseyside, the Reds’ players were going through their final preparations the day before one of the biggest games in recent history – a first European meeting against Man United.

Absent from training was midfielder James Milner, who was sent home earlier in the day suffering from a virus. He is therefore a doubt for Thursday’s match.

Jon Flanagan was all smiles during the warm up – but the local lad isn’t registered in the Reds’ European squad so will miss out, something Jurgen Klopp has admitted regret at.

Daniel Sturridge hasn’t started the last two games but is expected to come back into the side.

With Milner out, the team almost picks itself, with Adam Lallana, Philippe Coutinho and Roberto Firmino behind Sturridge.

Klopp was, as ever, looking relaxed ahead of the game!