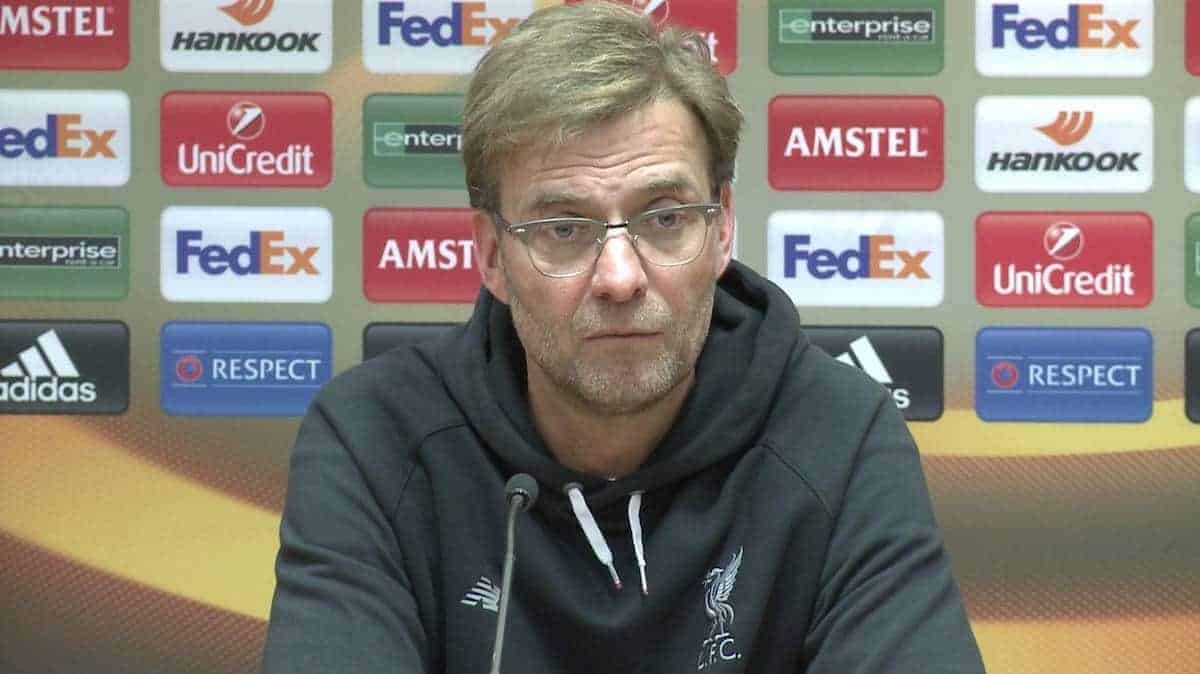 Klopp refused to get carried away by the victory.

“It was good, from the first second to last second with only a few minutes in the second half when we lost control,” he said.

“2-0 is a perfect result. We would have liked to have won more clearly but there is nothing to criticise tonight.

“As a human being I could really celebrate and say it is the best and greatest ever but I don’t want to set a limit for them, I don’t know how strong they can be.

“We are in a good position now and want to go to the next round but for this we have to play like this again.”

Klopp was impressed with the Anfield atmosphere.

“It was unbelievable. I want to say thank you to everyone who was involved it was easy to enjoy from the first to last second,” he added.

“That was Liverpool as I knew it before I came here. It was really great.”