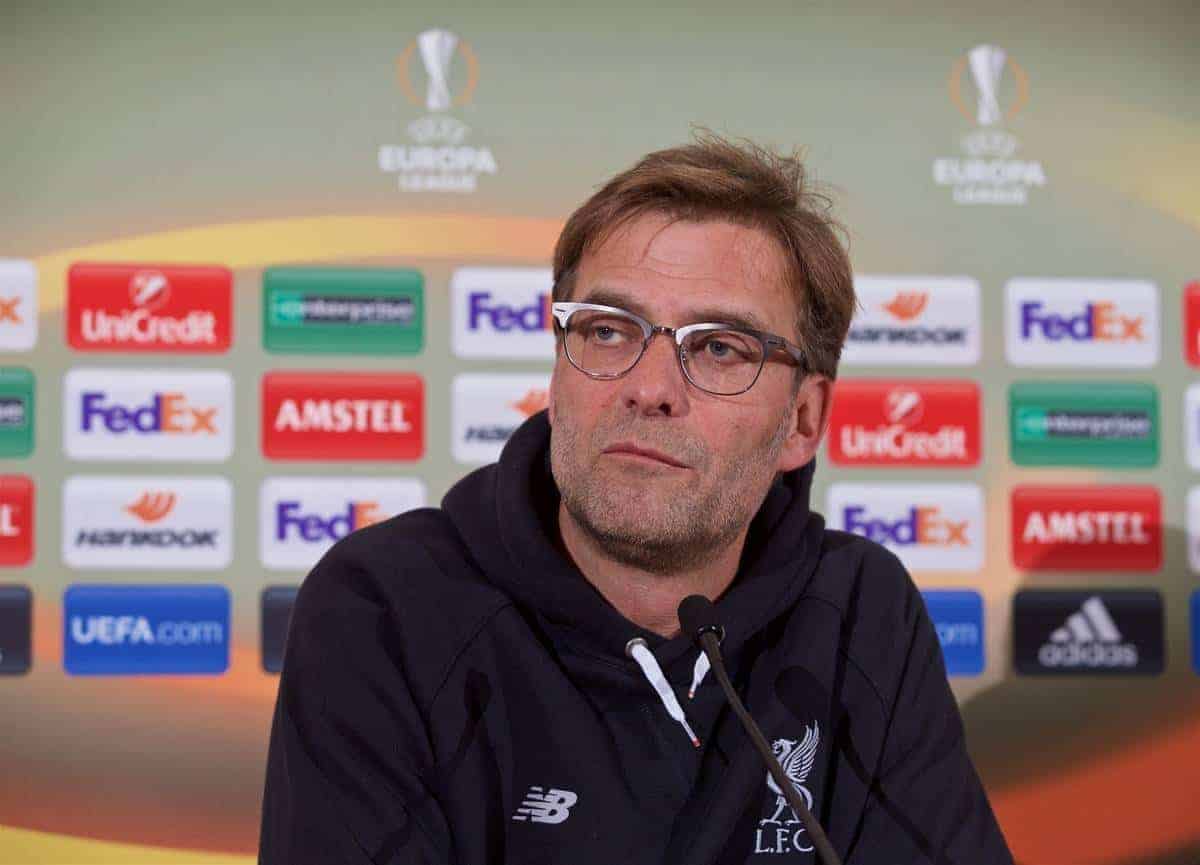 The Reds’ boss was asked about United winning the last four meetings between the two sides, but pointed out he had only been in charge for one of those – in January – and added: “It means nothing.”

Klopp said that his side are “in a good moment” and “looking forward to these games.”

“Games like this are the mother of all football games,” he added.

Speaking of the importance of the crowd and whether Anfield’s fans can play a role, he said:

“You know I believe in influence of the crowd. I do everything to show the crowd that we do it for them, especially.

“Hopefully tomorrow we show a new level, in the younger history of LFC. They can do best performance since I’m here if they can.”