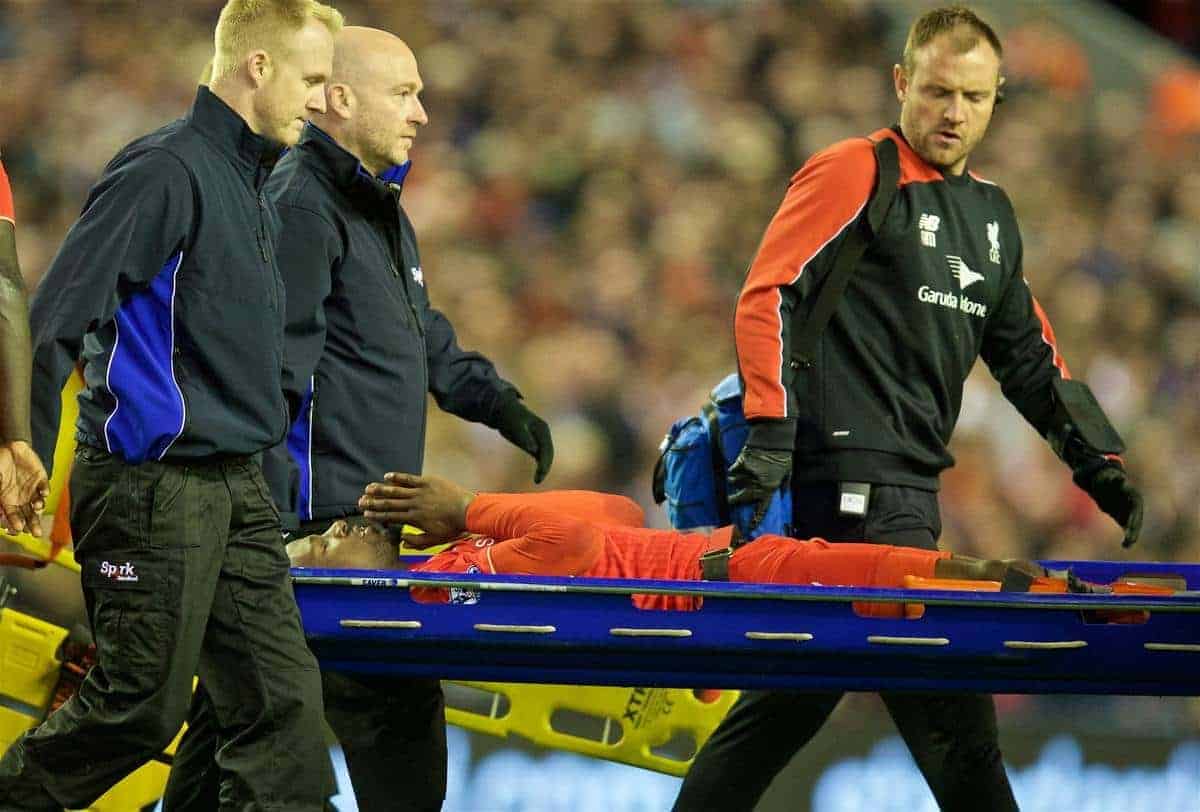 Liverpool boss Jurgen Klopp says Divock Origi has not broken his ankle following the foul by Ramiro Funes Mori in the Merseyside derby on Wednesday night.

The in-form Origi had to be stretchered off after Funes Mori’s challenge – for which the Everton centre-back was given a straight red card.

Thankfully, the injury doesn’t appear to be as bad as first feared, with Klopp saying post-match that the forward has suffered a twisted ankle.

There could, though, be worse news to follow, should a scan tomorrow reveal ligament damage.

“I went to Divock in the medical room and I saw him smiling,” said Klopp. ”

The ankle is twisted so we have to wait to see what happens to the ligaments. That’s how it is. I can’t say more.”

Ligament damage could mean two or three months out, ruling him out of not only the end of the season, but also the European championships.

On what was another brilliant night for the Reds, with goals from Origi, Mamadou Sakho, Daniel Sturridge and Philippe Coutinho, Klopp called Origi’s injury “a big shadow on the game.”

The forward left Anfield on crutches on Wednesday night.

Origi scored his fifth goal in his last four appearances to open the scoring in the 43rd minute. He left the field shortly into the second-half after the poor challenge from Funes Mori.

The 21-year-old will be hoping the eventual diagnosis does not rule him out for too long, and hopefully he’ll be available for the second leg of the Europa League semi final against Villarreal – next week’s first leg looks unlikely.

With Jordan Henderson and Emre Can both unlikely to feature again this season, to lose Origi for an extended period would be a major blow the in-form Reds at the business end of the campaign.